Juventus are facing a real dearth in the centre-back position in their current squad. Giorgio Chiellini has left for LAFC in the MLS, and there is a possible exit of Matthijs de Ligt from the club. This leaves Leonardo Bonucci as the only high-quality centre-back in the squad, but he is aged 35 and cannot go on forever. This leads to the question of whether the Bianconeri were right to allow the young Turkish centre-half, Merih Demiral, to leave the club on a permanent basis. 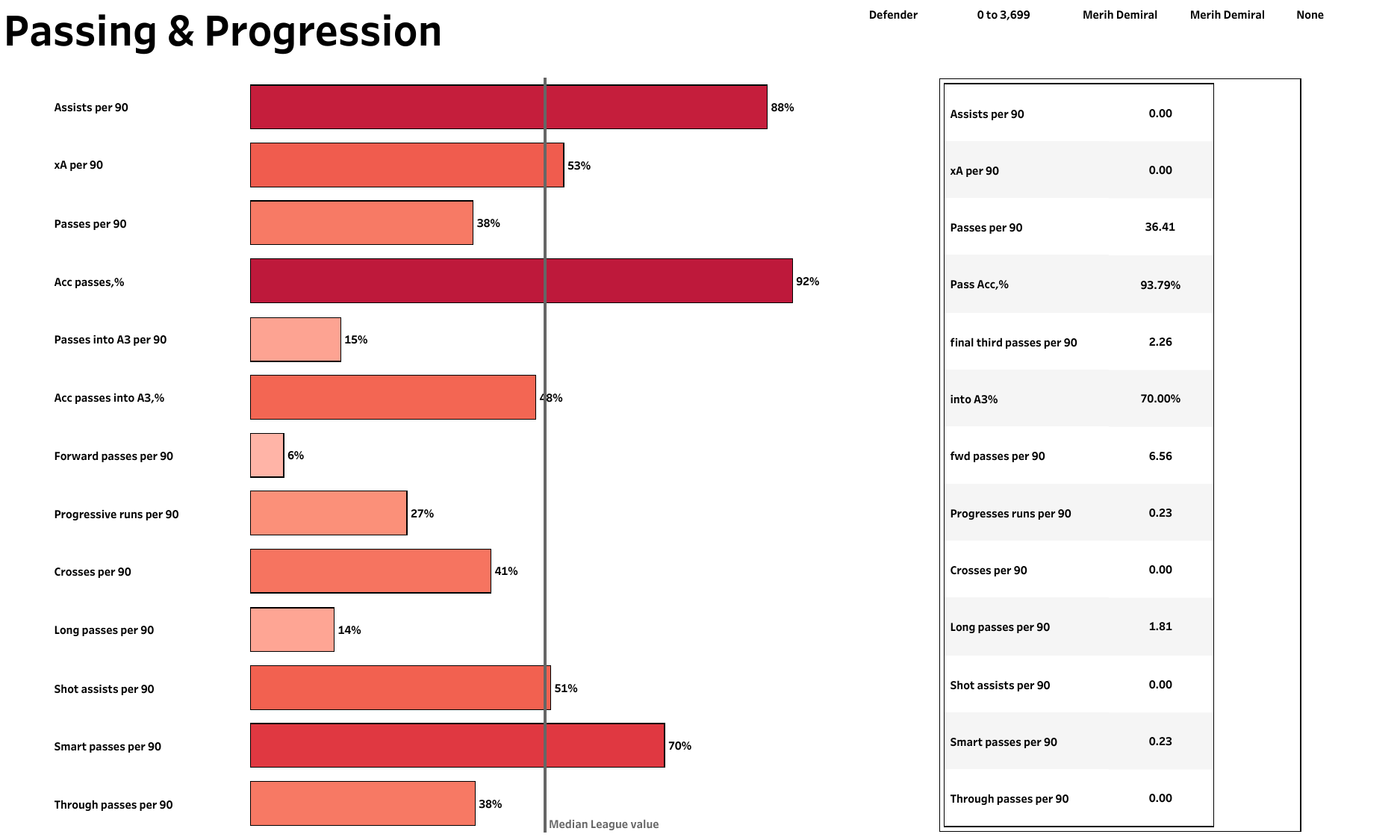 Demiral played 42 matches across all competitions for Atalanta, including all six UEFA Champions League fixtures. He was on the pitch for 370 minutes, where he scored once. He attempted only 36 passes per 90 but with an accuracy of nearly 94%, the latter placing him in the top 8% among defenders. Despite trying only two passes into the final third per 90, he completed a decent but below-average 70% of them. The Turkish international was in the bottom 14% among defenders for long balls per 90, with just 1.81 to his name. He made 0.23 smart passes per 90, good enough for the top 30%. 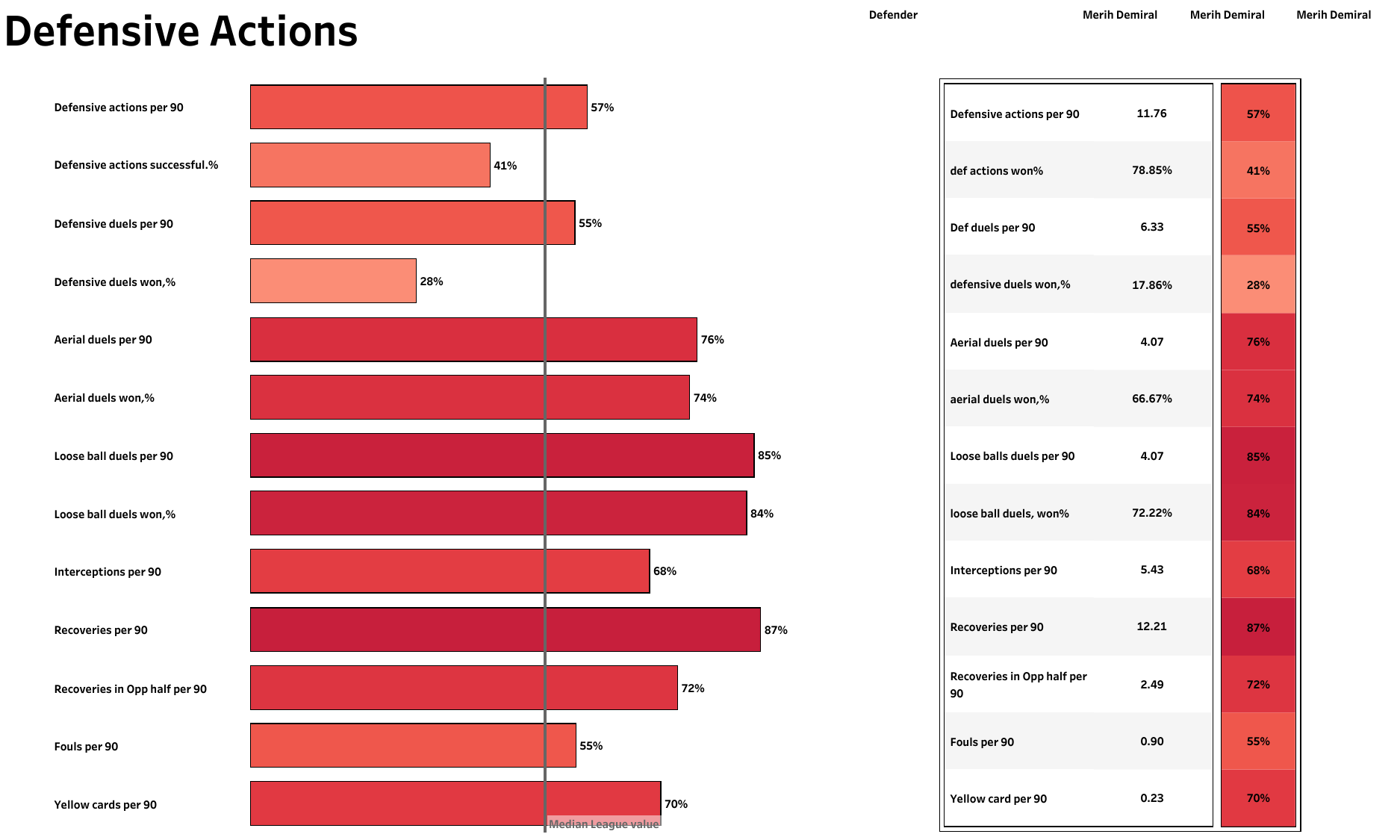 Demiral attempted close to 12 defensive actions per 90 and won 78.85% of them. Standing at 190 cm tall, he contested more than four aerial duels per 90 and had a win rate of 66.67%. Similarly, he also competed in more than four loose ball duels, and the success rate was 72.22%, ranking him in the upper quintile in both categories. The Turkish defender also completed over five interceptions per 90 and 12 recoveries per 90, the latter of which put him in the top 13% among defenders. He made 0.9 fouls per 90 and earned two yellow cards. 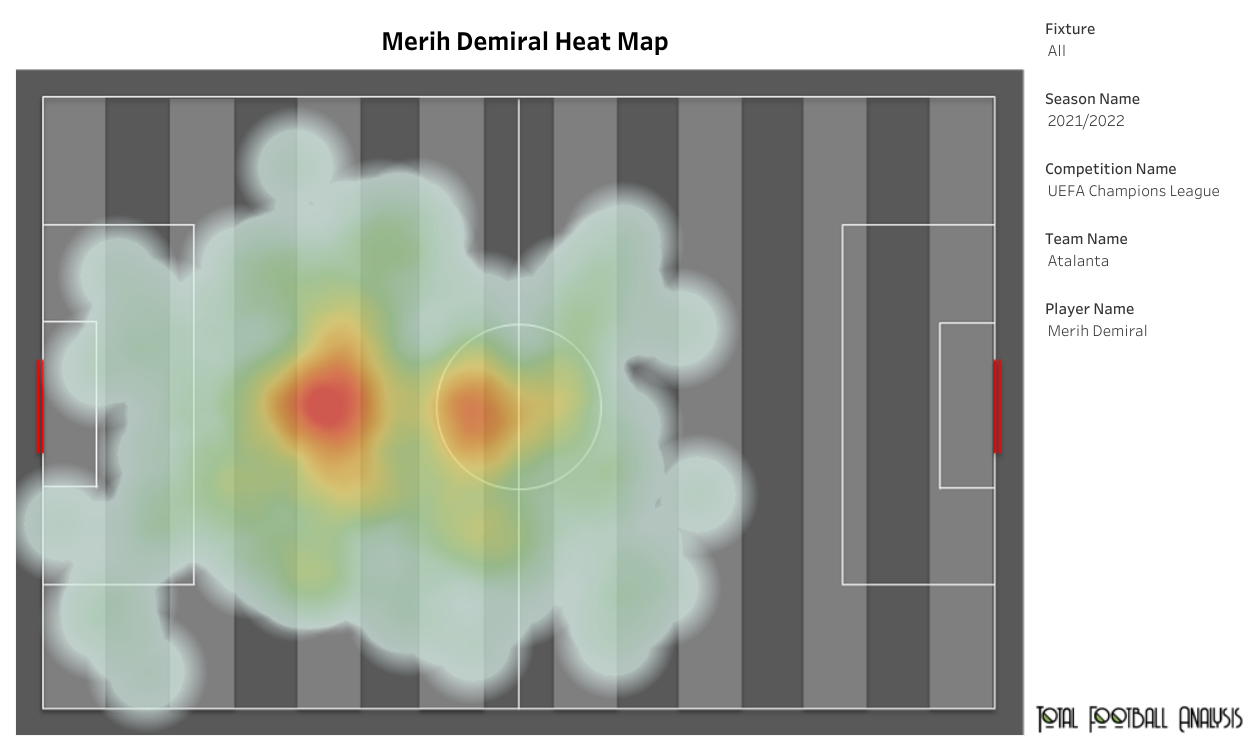 Demiral was most active in the defensive third of the pitch. He rarely opted to venture forward into the final third, let alone into the opponents’ penalty area. However, his only goal came through a header in a dead-ball situation – a corner. He was a reliable passer nonetheless, as shown by his near 94% pass completion rate. However, as reliable as he was, he did not take that many risks. The Turkish defender completed only 2.41 progressive passes per 90, 1.55 progressive carries per 90 and 1.38 passes into the final third per 90.

Demiral won the majority of his duels in the defensive third as he chose to stay back and allow other Atalanta players to attack. He won aerial duels, 50/50s as well as ground-based defending duels. He attempted 14.1 pressures per 90, a whopping 6.55 tackles and interceptions per 90, 3.97 clearances per 90 and 2.76 blocks per 90.

Merih Demiral was one of the better players in the Atalanta squad as they went out in the group stages of the UCL and were eliminated in the quarter-finals of the Europa League. With a shortage of centre-backs at their disposal, Juventus might just regret letting go of the Turk.