Since the departure of Paulo Dybala and Federico Bernadeschi to AS Roma and Toronto FC, respectively, on free transfers, Juventus have made Federico Chiesa’s loan deal from Fiorentina permanent and signed Ángel di Maria from PSG on a free transfer. While the Argentine can play on the left flank, he is naturally a right-winger, which happens to be the same position as Chiesa’s. They are yet to reinforce the left wing. One man who could be the left winger Old Lady need is Barcelona’s Memphis Depay. 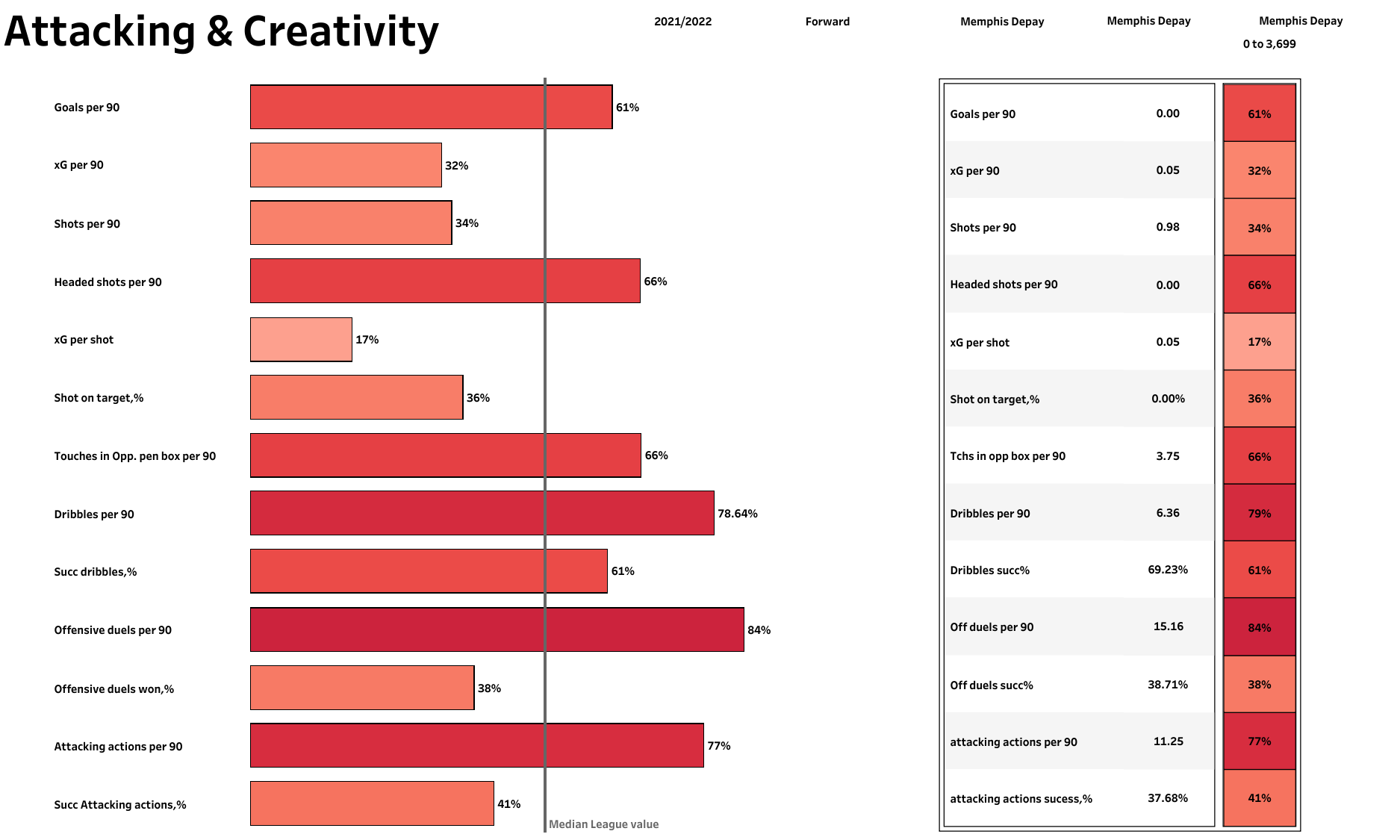 Depay featured in 37 games for Barcelona last season, including all six UEFA Champions League fixtures. In the competition, he did not score or assist. He fired only six shots and failed to strike the mark. He had 3.75 touches inside the opponent’s penalty area. He tried more than six dribbles per 90 and completed 69.23% of his take-ons. The Dutchman engaged in over 15 offensive duels per 90 minutes and over 11 attacking actions per 90 minutes. 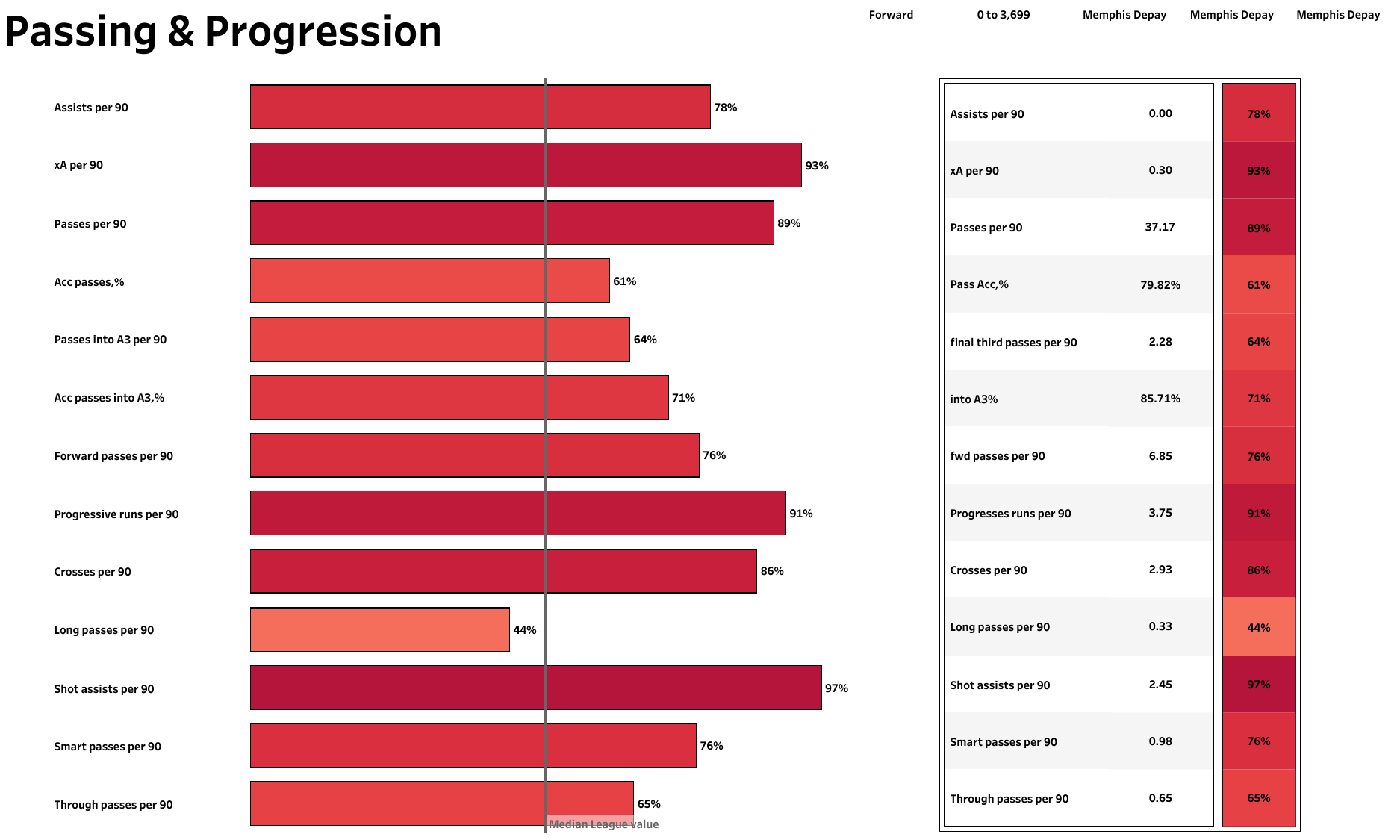 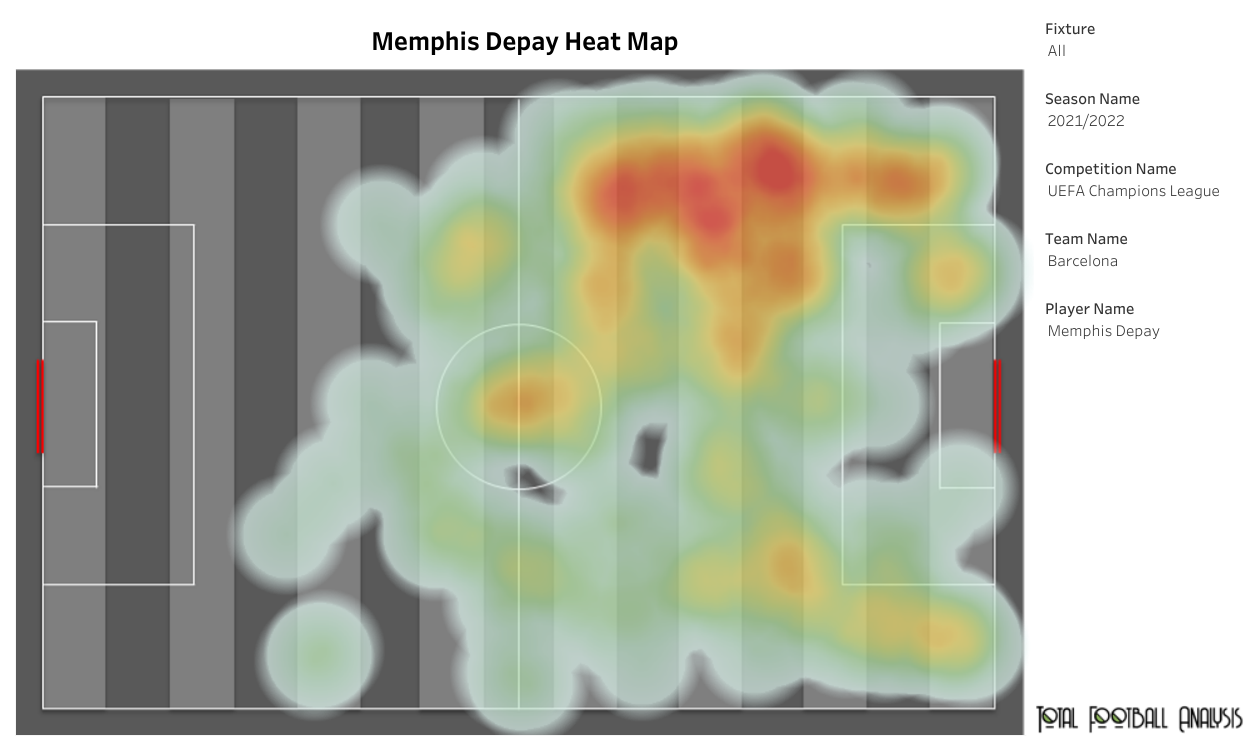 Depay is a flexible attacker who can play throughout the front line, although he usually played on the left wing for Barcelona, as seen by the above heat map. He averaged 2.93 key passes per 90, 1.38 passes into the opponents’ penalty area per 90, 7.76 progressive carries per 90, 2.93 carries into the final third per 90, and 1.55 carries into the attacking penalty box per 90. He had a sluggish defensive work rate, attempting fewer than one tackle, interception, and block per 90 in each category. 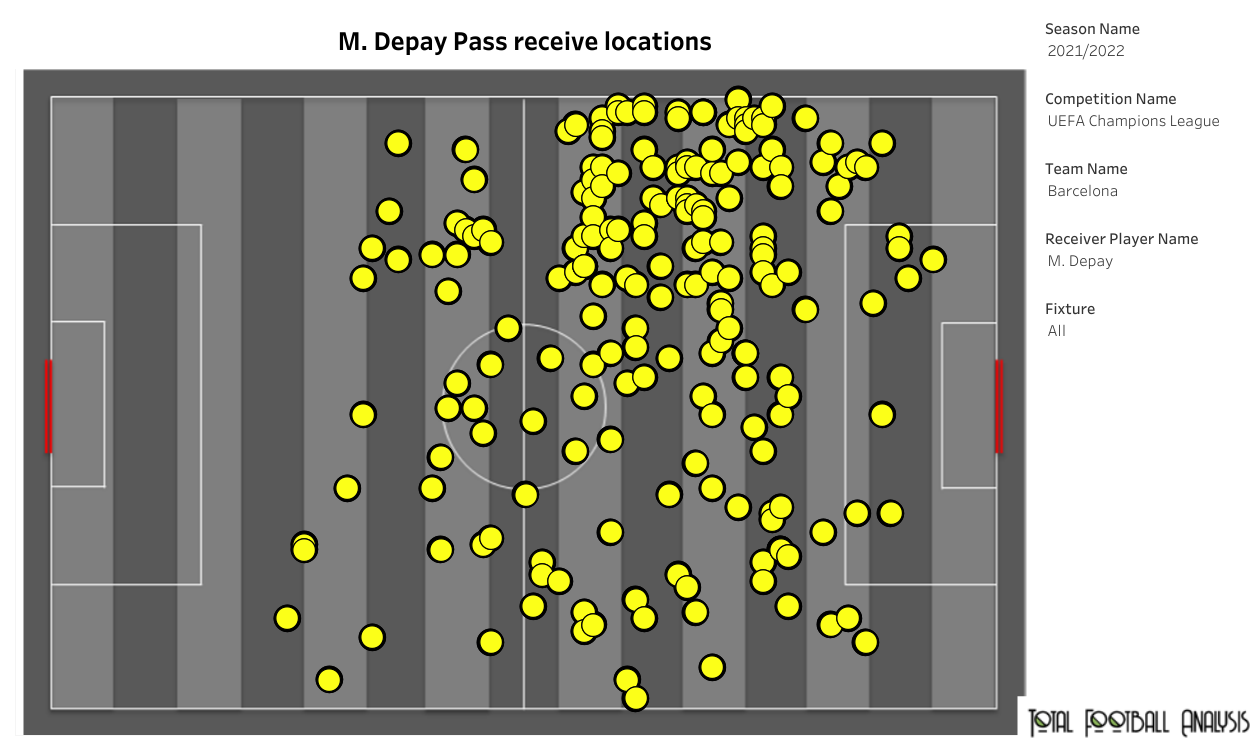 Memphis Depay did not score or assist for Barcelona in the UEFA Champions League, although he scored 12 goals in LaLiga as the Blaugrana finished as runners-up despite a slow start. His versatility allows him to play across the front line, and he might even fill in at the striker’s position in Dušan Vlahović’s absence. A lack of defensive work rate mixed with a sluggish mindset, on the other hand, might not go down well with Massimiliano Allegri at Juventus.

Under the microscope: Why Juventus should get rid of Aaron Ramsey