When Juventus signed Aaron Ramsey from Arsenal on a free transfer in the summer of 2019, he was supposed to be the player that upgrades the midfield at the Allianz Stadium. However, three years on, it is clear that the 74-capped Welsh international has been nothing short of liability and a disaster. In fact, it was so disastrous that he was sent out on loan to the Scottish club, Rangers, midway through the last season. According to Transfermarkt, Ramsey’s market value has plummeted from €40 million euros in December 2019 to a pitiful €3 million in June 2022, a decline of 92.5%. 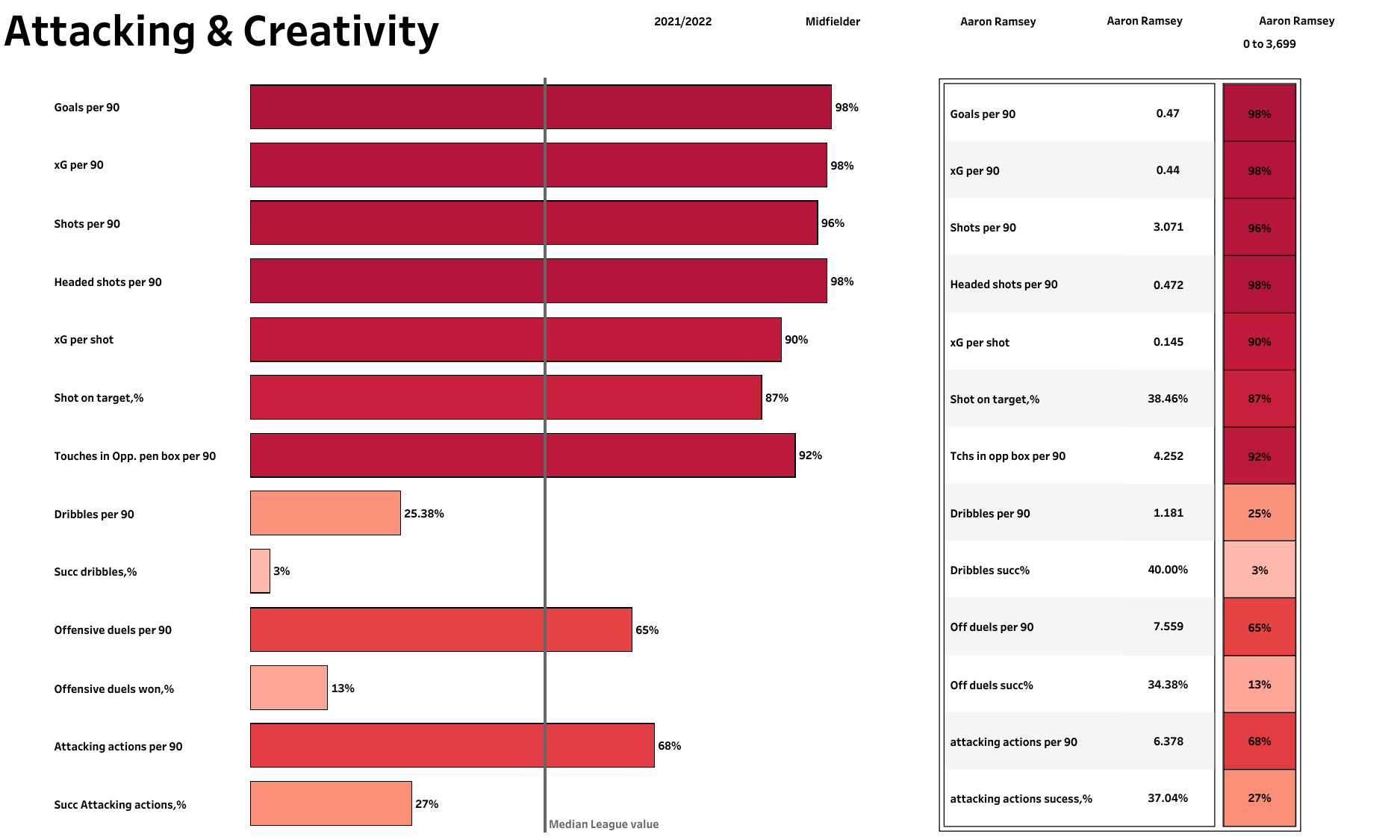 Ramsey featured in 13 matches for Rangers in the second half of the 2021-22 season. This included seven in the Scottish Premiership where he scored twice and assisted once. He scored at a rate of 0.47 per 90, slightly higher than the 0.44 xG per 90 estimated. He took more than three shots per 90 and hit a respectable 38.46% of them on target. The Welshman generated an xG per shot of 0.145, putting him in the upper decile for midfielders. He registered more than 4.25 touches in the attacking penalty area per 90, ranking in the top 8% among midfielders. He competed in more than 7.5 offensive duels per 90 and 6.3 attacking actions per 90. 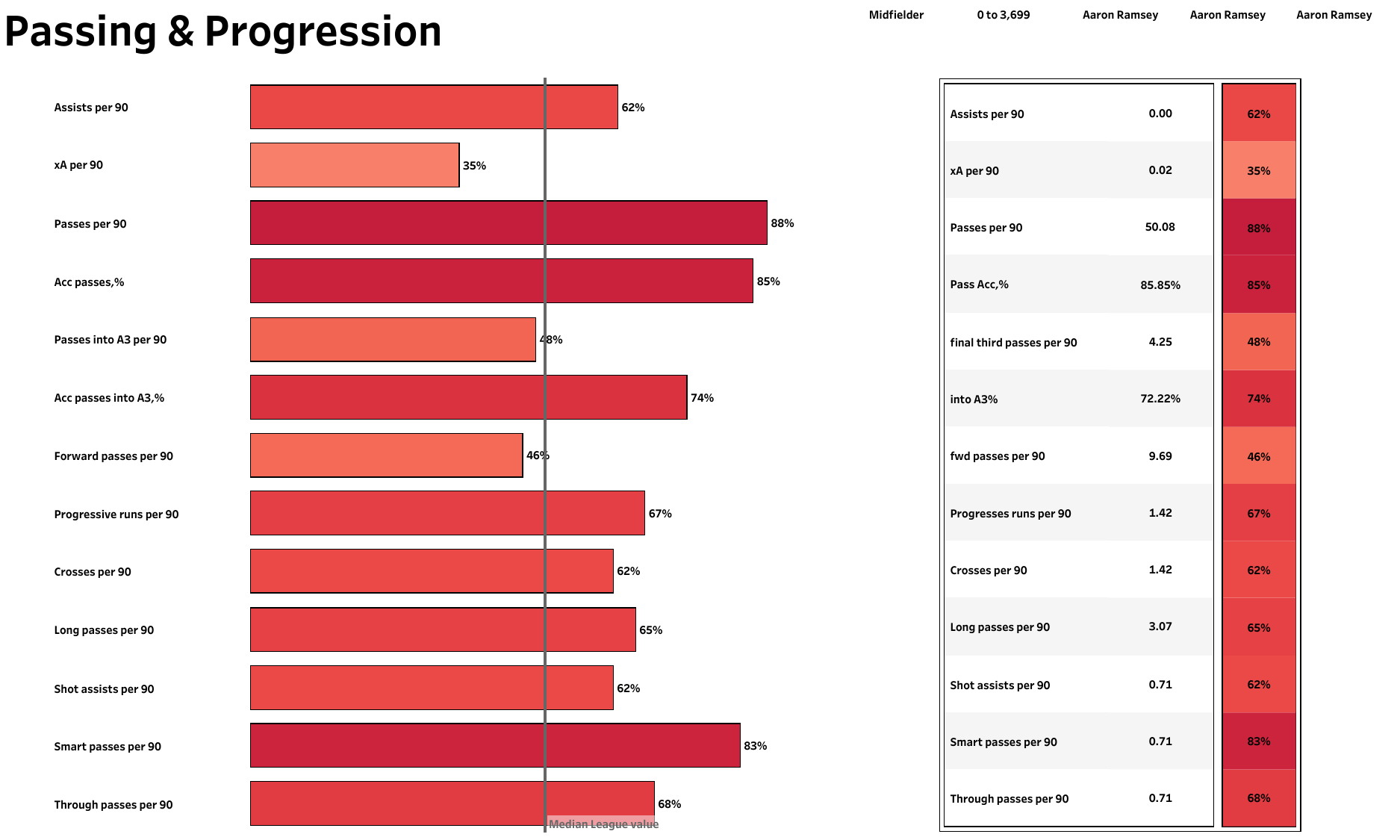 Ramsey attempted over 50 passes per 90 with 85.85% accuracy. He ranked in the upper quintile in both categories, but it was the Scottish league, so these numbers would be inflated. He attempted only 4.25 passes into the final third but found a teammate on 72.2% of the occasions. The Welshman ranked in the top 17% for smart passes per 90, with 0.71 to his name. He made 1.42 progressive runs per 90 and the same number of crosses per 90. Additionally, he completed 3.07 long balls per 90. 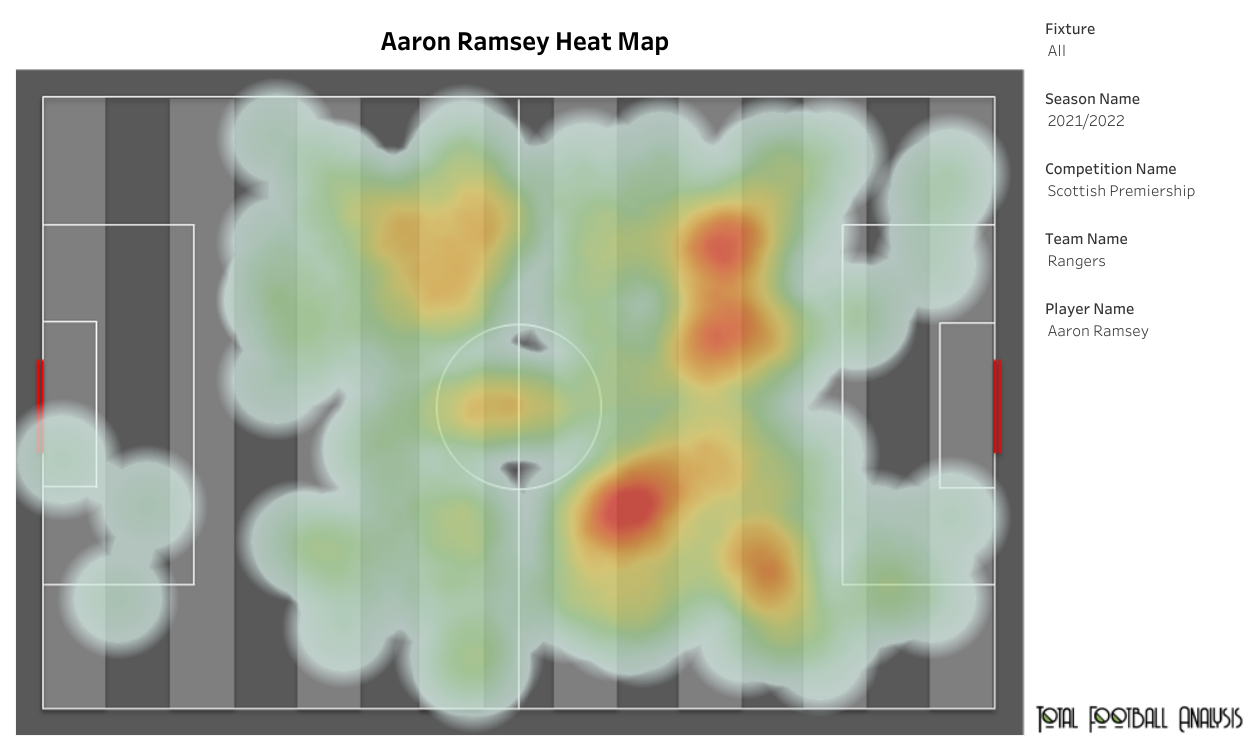 Despite being listed as a central midfielder, Ramsey played more as an attacking midfielder and as a right-sided midfielder. He was very active in the final third. He would often create space for other Rangers players and attempt shots by himself. Ramsey generated chances for himself as well as for his teammates, having attempted 14 shots. 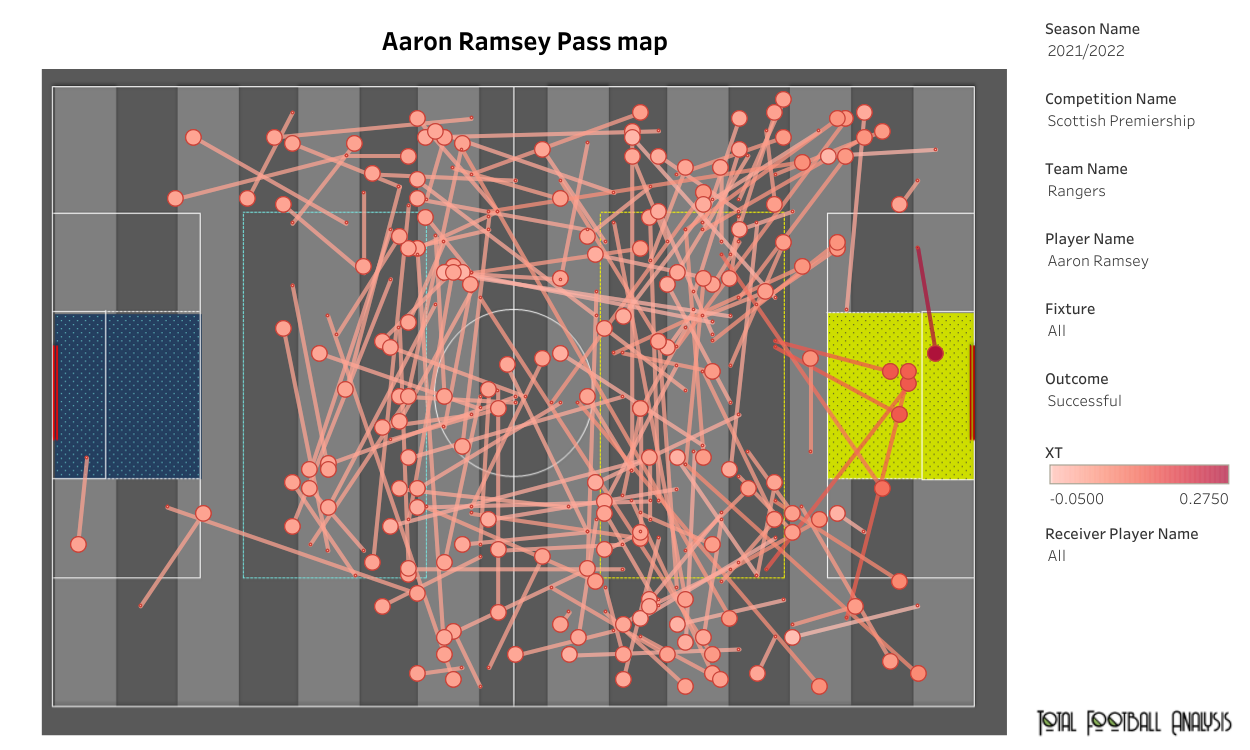 Ramsey seldom misplaced the ball in dangerous areas, as seen by his near 86% pass accuracy. While he did complete quite a few passes into the attacking penalty area, he often waited for his teammates to make advancing and progressive runs to deliver passes to them. This meant that most of his passes in the final third went either sideways or sometimes, even backwards.

Ramsey performed decently for Rangers in his loan spell, but his time at the club would only be remembered for the miss in the UEFA Europa League Final penalty shootout. With his contract expiring in 12 months’ time, Juventus should look to cash in on him and get him off the books.