Juventus had an awful season and were eliminated from the UEFA Champions League. They currently sit in the seventh position in Serie A with 22 points from 12 matches. They finished in the fourth position in Serie A last season. But the start of this season has turned things upside down for the team from Turin. They conceded 11 goals and scored eight goals in five Champions League group matches.

We take a look at some stats to understand what have been the main issues for Juventus this season. 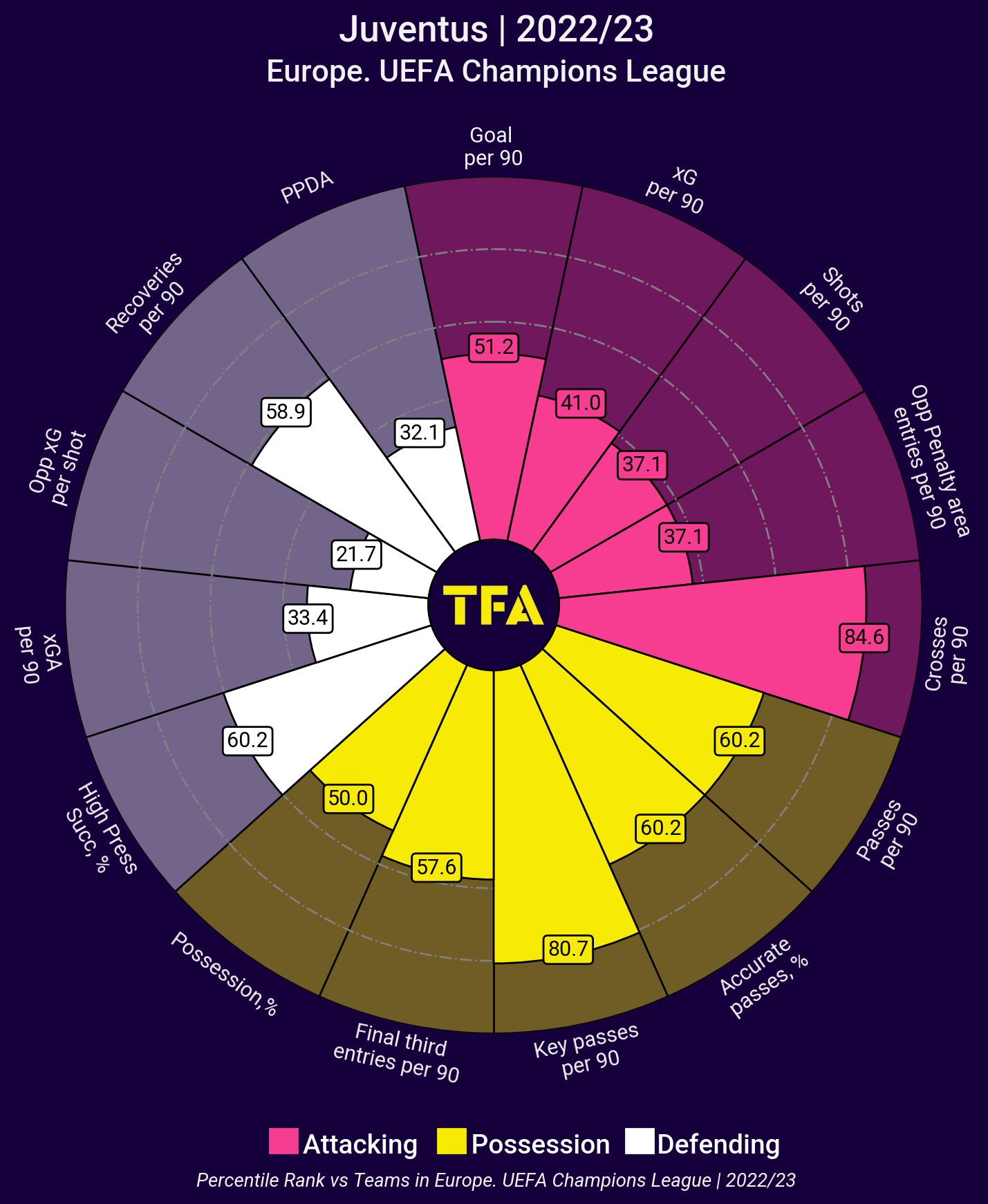 Juventus have an average of 1.6 goals per game this season in the Champions League. While this is not too bad on its own, they concede 2.2 goals per game on average and therefore are left wanting for more. They haven’t had any successful counterattacks in the competition, apart from the game they won against Maccabi Haifa. They had seven counterattacks that game but only three of them led to shots. They have zero counterattacks in all the other games. They have a poor rate of entry into the opposition penalty box and their shots per 90 are also below average. 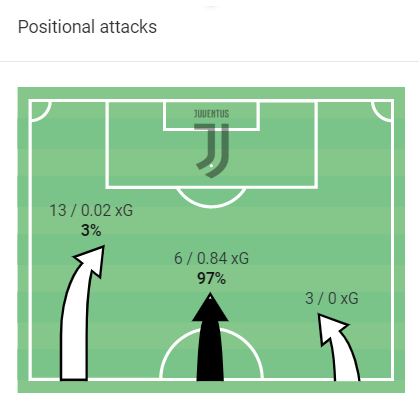 The above visual shows Juventus’ positional attack in their win against Maccabi Haifa. Even in their best game this season, they have failed to use the width of the pitch and almost all of the attacks were through the centre. The summer transfer window saw Juventus say goodbye to Paulo Dybala, Alvaro Morata, and Federico Bernardeschi, all three of whom, were essential to their success at the front. Last season, the trio scored 29 goals and had 15 assists between them. Injuries to key players like Federico Chiesa and Angel Di Maria have not helped them either.

While Juventus have had their fair share of problems in attack, their defence has not been very good either. They bid farewell to their long-term serving captain, Giorgio Chiellini, and young Matthijs De Ligt. The duo, along with Leonardo Bonucci, were central figures in the Juventus defence. 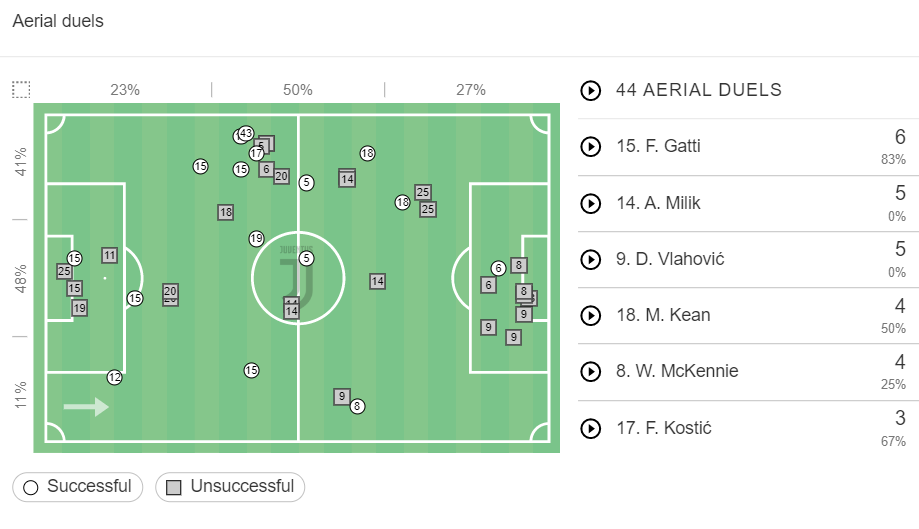 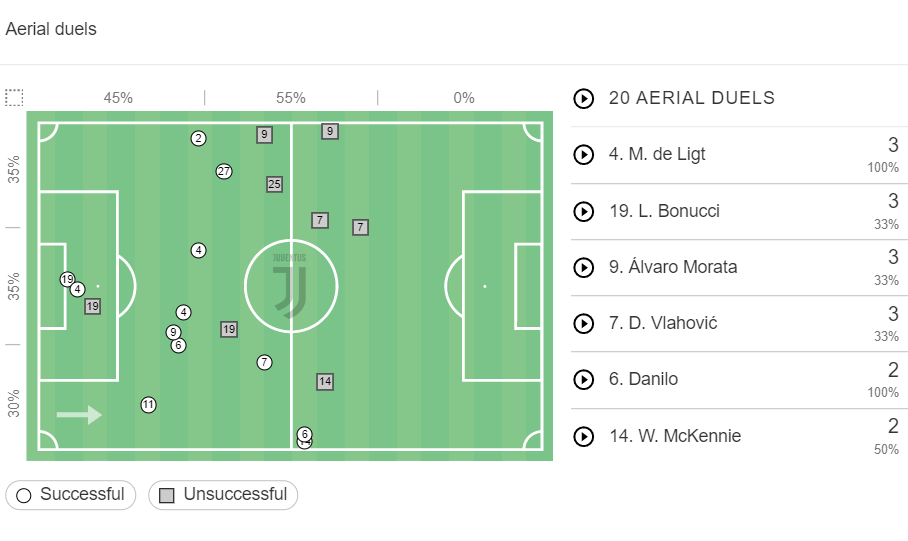 The above visual shows the aerial duels from last season’s match against Villareal. They contested 20 aerial duels and won 12 of them, for a success rate of 60%.

With injuries ruling out many players, Juventus will need to think of ways to bolster their squad in the winter transfer window. They need better results at the centre of the defence and in the attacking positions. Max Allegri will need to devise a plan to strengthen his squad and come up with better ideas if they want to have a good season ahead.