Benfica thrashed Juventus out of the UEFA Champions League with a 4-3 win over the visiting side at the Estadio da Luz on Tuesday night. Juventus desperately needed a win to keep their Champions League hopes alive when they went out to face the Portuguese side, but the Primeira Liga toppers were too good for them. Juventus were lucky that Benfica only converted four of their chances. Benfica constantly threatened Juventus’ defence with quick plays and crosses. They were 3-1 up at the half time and it looked like Juventus were on the way to one of their worst defeats, but the visitors came fighting in the second half after conceding another goal in the early minutes. Samuel Illing, who came on the left flank, was a constant menace and provided two assists, giving Juventus some hope. But the Italian side needed another two goals and couldn’t find them.

We’ve broken down all the key stats for you to digest, including;

* average positions and much more!

We also try to answer some questions for you with the visuals;

How did Benfica’s efficient passing in the final third help them register a win against Juventus? Why couldn’t Juventus retain their Champions League hopes despite having a good xG?

To navigate the stats gallery simply click on the numbers to move through the pages. 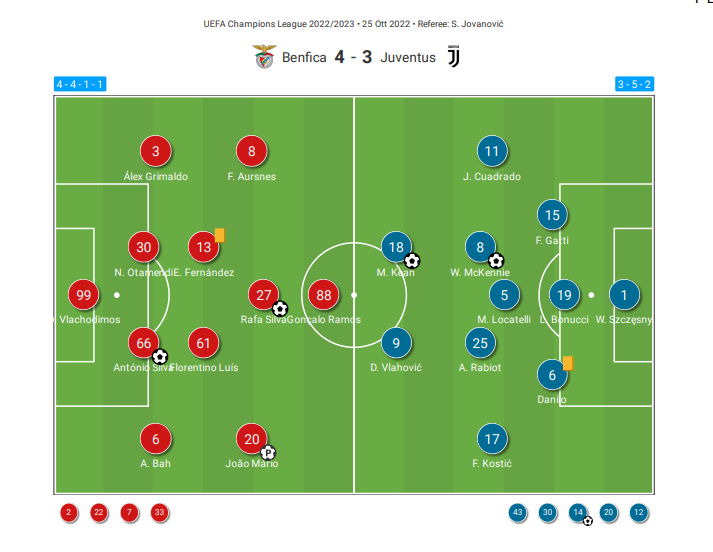