Juventus have signed Ángel Di María from PSG and Paul Pogba from Manchester United, reinforcing the attacking and midfield departments, respectively. Both of them have arrived on a free transfer. The Bianconeri may have strengthened the attack and midfield, but their defence needs at least one reinforcement, with Matthijs de Ligt’s future at the club uncertain amidst interest from other elite teams across Europe, and Leonardo Bonucci being 35 years old. While no centre-backs have been linked, options have been suggested. One left-field option is AS Monaco’s Benoit Badiashile. 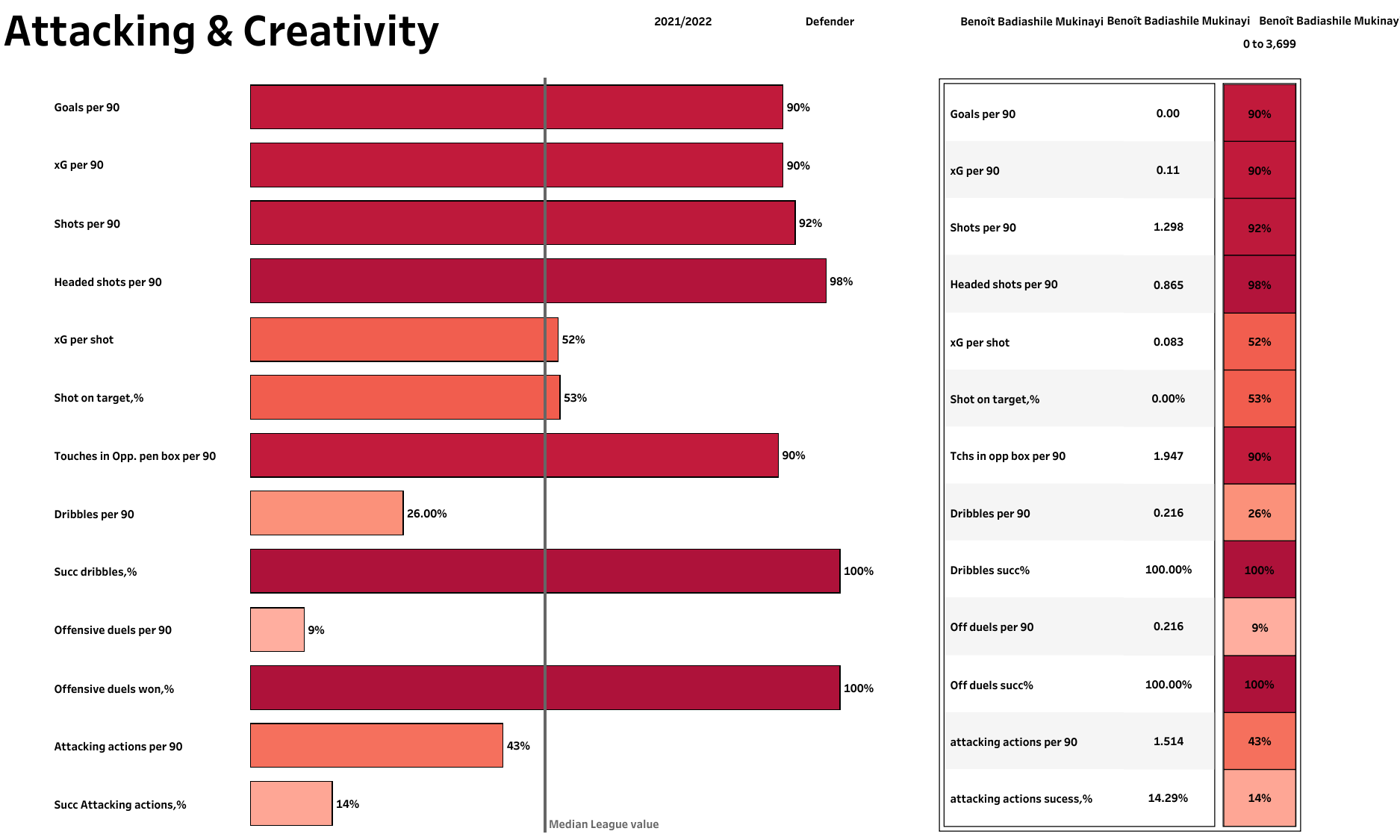 Badiashile featured in 34 matches across all competitions for AS Monaco last season, including four in the UEFA Champions League qualification rounds as Les Rouges et Blancs lost to Shakhtar Donetsk in the playoff. He may not have scored or assisted, but he generated an xG of 0.11, which was easily among the top 10% of defenders. The Frenchman attempted a ridiculously high 1.3 shots per 90, which put him in the upper 8% of defenders. Most of his shots came from the head as he used his towering frame of 194 cm to great effect. He also recorded 1.95 touches in the opponents’ penalty area per 90, placing him in the upper decile. 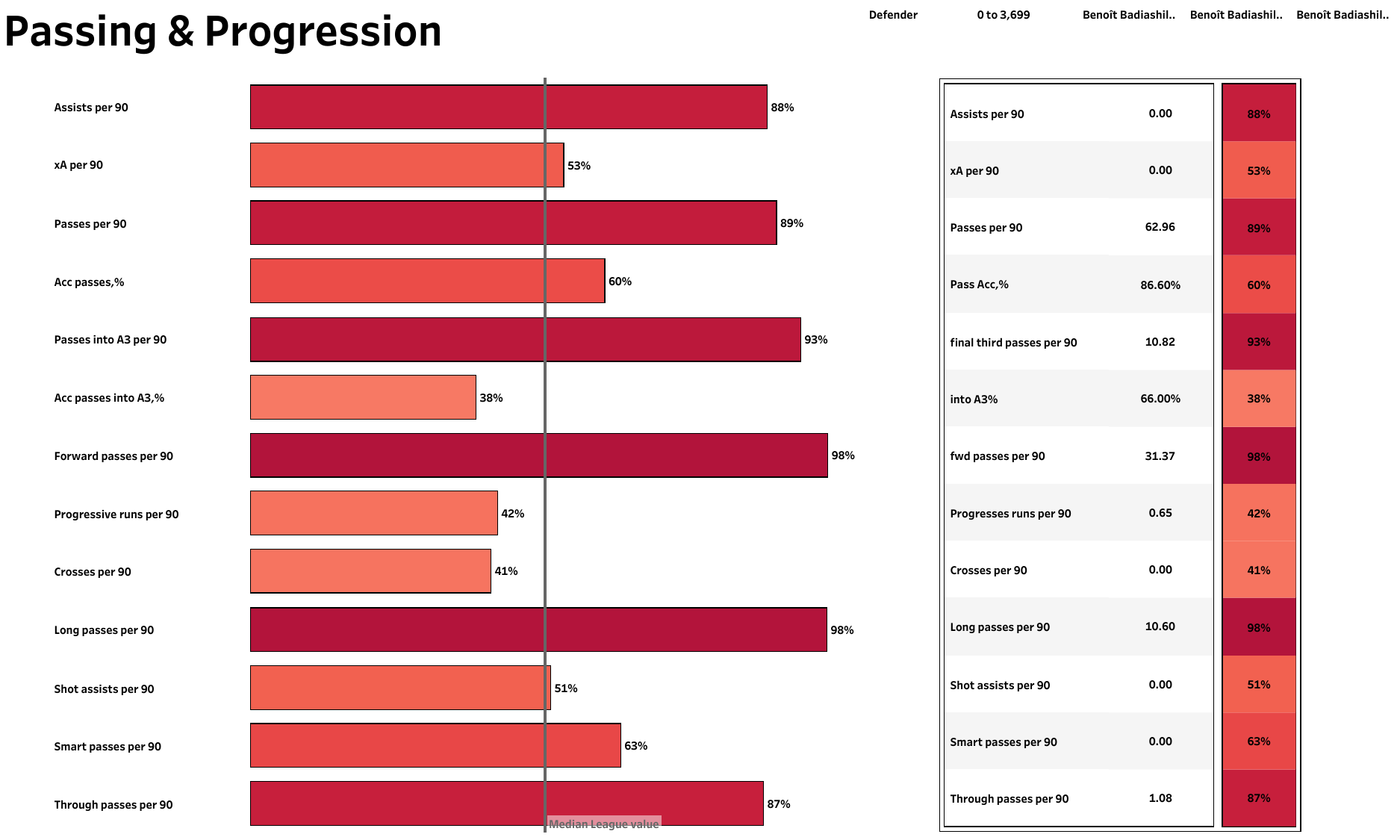 Badiashile attempted nearly 63 passes per 90 for Monaco, finding his man on 86.6% of the occasions. The former ranked him in the top 11%. He may have completed only two-thirds of his passes into the final third, but the sheer volume of his attempts (around 10.8 per 90) meant that he completed lots of them. At least half of his passes went forward. The Frenchman completed more than 10 long balls per 90, placing him in the 98th percentile among defenders. With 1.08 through passes per 90, he also put himself in the upper quintile. 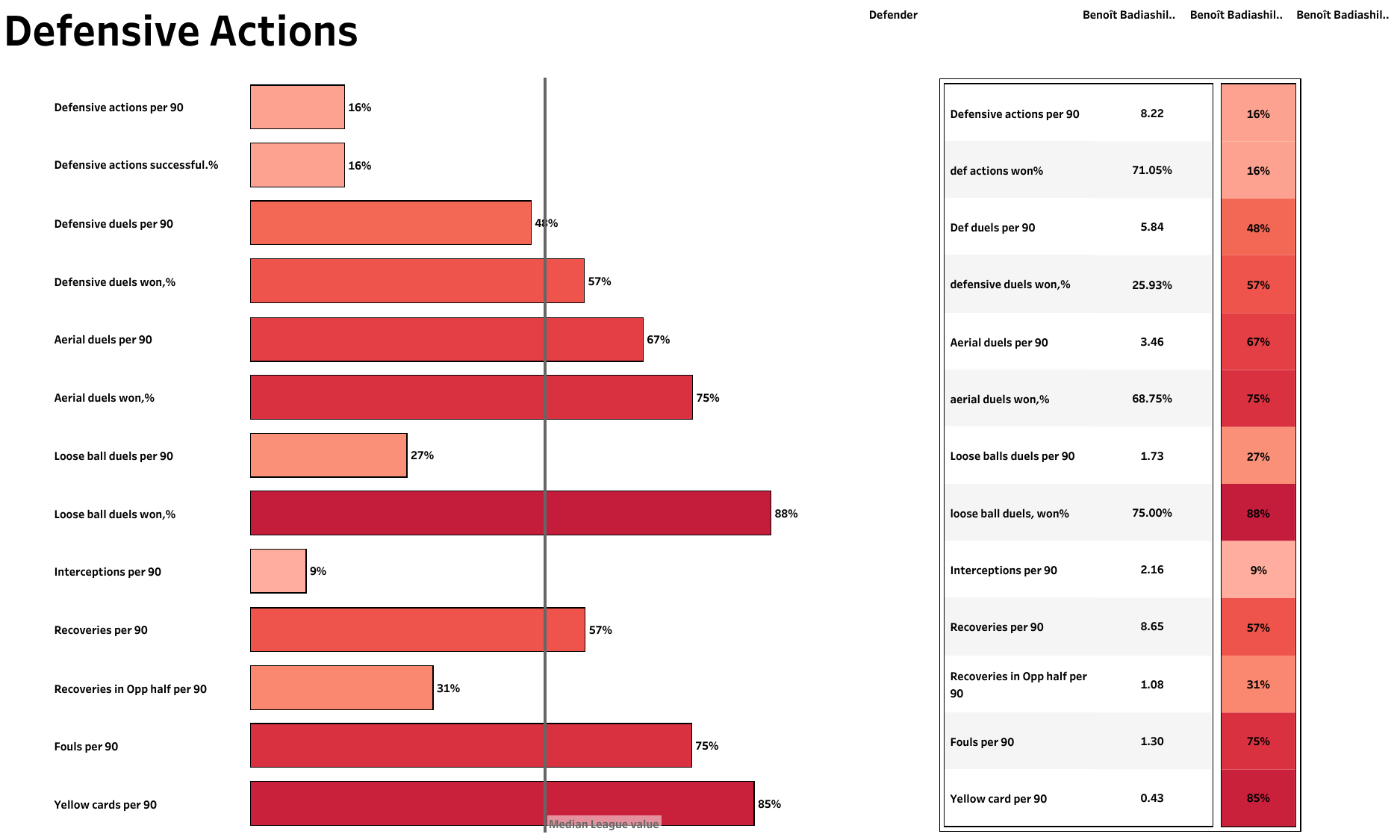 Badiashile attempted just 8.22 defensive actions per 90, and his win rate of 71% meant that he was placed in the bottom quintile of both categories. He fared better in defensive duels, attempting just under six per 90 and winning nearly 26%. Standing at 194 cm tall, he used his abilities to win 68.75% out of his nearly three and a half aerial duels per 90. The Frenchman’s 75% loose ball recovery rate meant that he was ranked in the top 12% of defenders. However, he made just 2.16 recoveries per 90, woefully low for a centre-back. 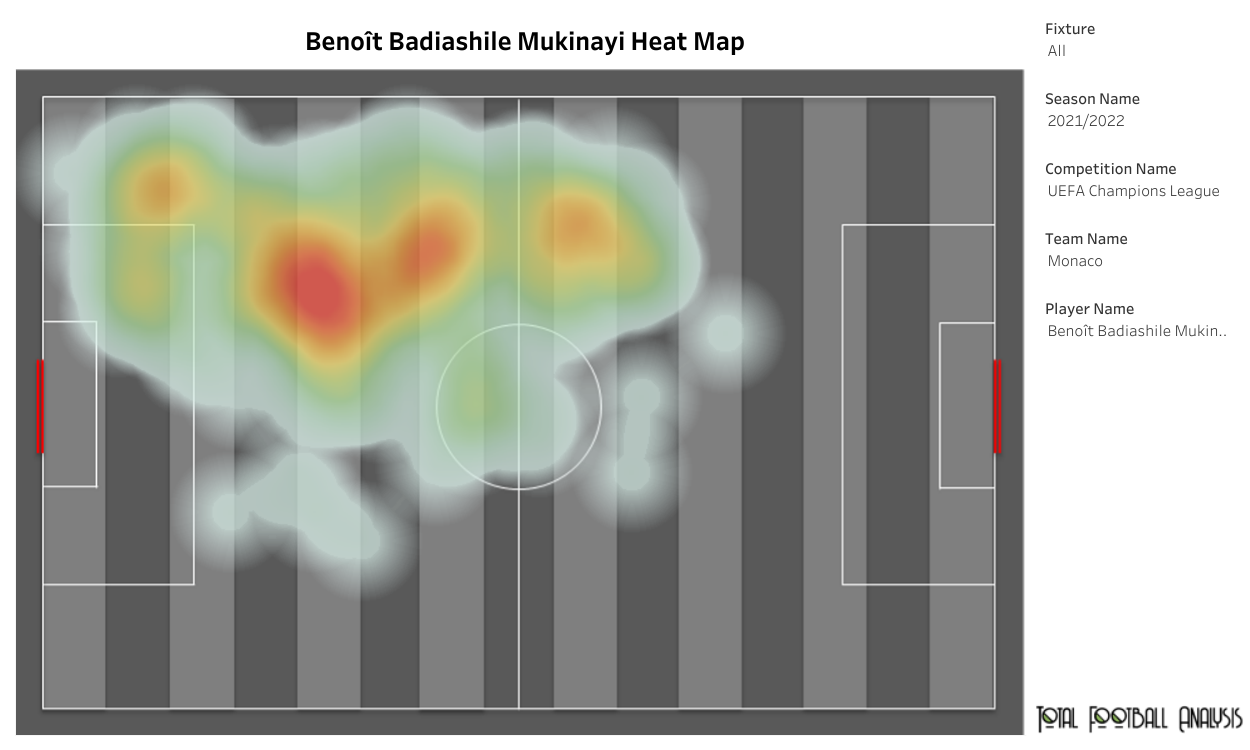 Badiashile was very much active and involved in the defensive third for Monaco during his time on the pitch. Sometimes, he ventured into the midfield, especially when the team was having possession and attacking the opponent. In the most recent Ligue 1 season, he completed 4.61 progressive passes per 90, 3.82 balls into the final third per 90 and 2.6 progressive carries per 90. Defensively, the Frenchman completed 4.71 tackles & interceptions per 90, 3.77 clearances per 90 and 1.62 blocks per 90.

Benoît Badiashile had a productive campaign at AS Monaco, but it was not as good as the season prior to the 2020-21 campaign. However, at 21 years of age, he still has a lot of time to improve, and the Frenchman has already appeared in more than 100 games for the Principality club. Should de Ligt leave Juventus, then, and only then, should the club try to bid for the towering centre-half.