Paulo Dybala is set to leave Juventus at the end of the season after seven years. He has been the creative focal point for the Old Lady during his tenure at the Allianz Stadium. However, after Dybala’s confirmation of his Juventus departure, the club needs to replace the 28-year-old. One of the options the Old Lady has been linked with in the past few days is Paris Saint Germain winger Ángel Di Maria. Like Dybala, Di Maria has also confirmed that he will leave PSG at the end of the season. In this article, we will explore whether Di Maria can replace Dybala at Juventus. 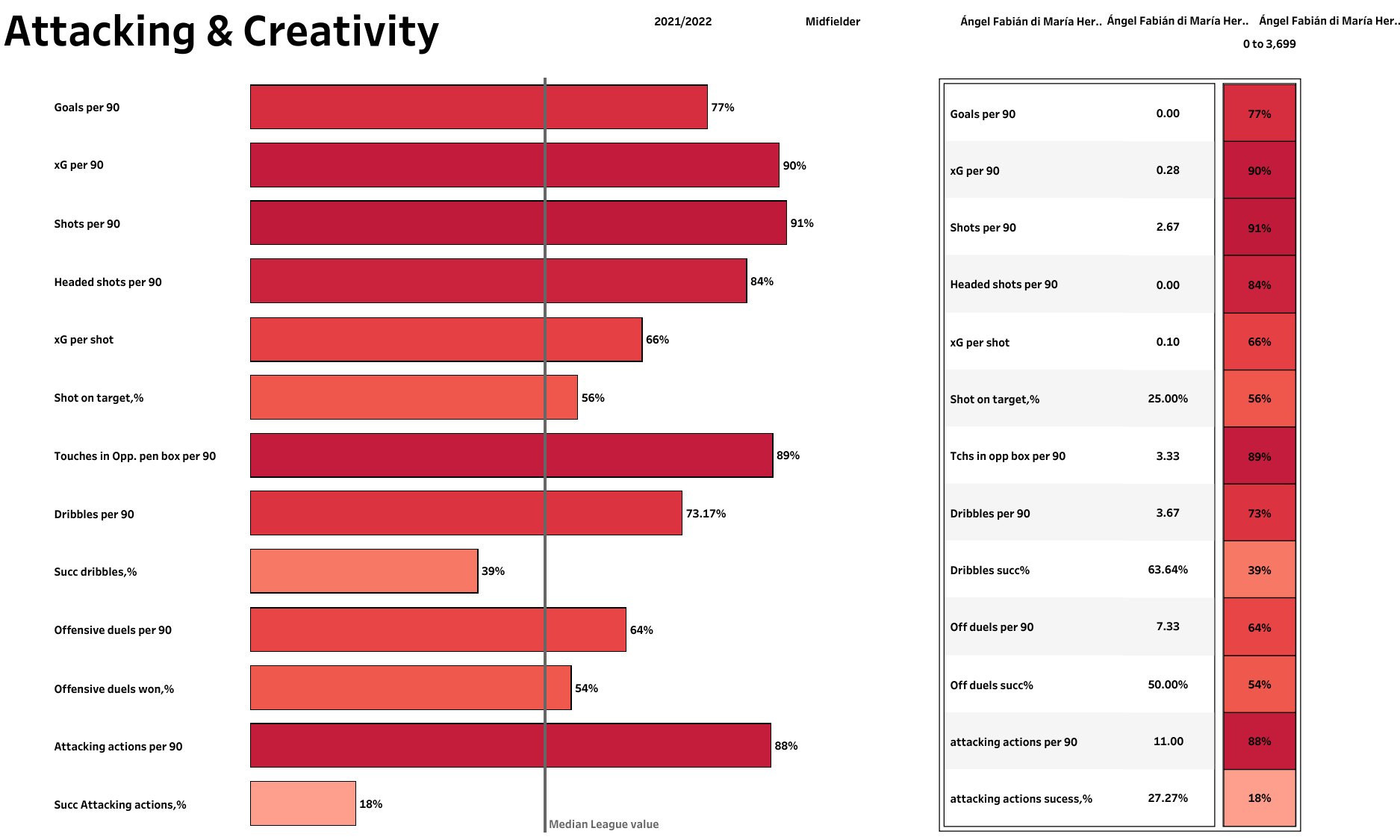 Di Maria has had an xG per 90 of 0.28 in this season’s UEFA Champions League, putting him in the top 10%. However, since he has not scored even once, he has massively underperformed on his xG. The winger has managed to fire off 2.67 shots per 90, which ranks him in the 91st percentile, and 25% of his shot attempts find the target. Di Maria is also taking 3.33 touches in the opponents’ penalty area, which ranks in the top 11%. His dribble completion rate is a respectable 63.64%. Di Maria has also attempted 11 attacking actions per game in the UCL. 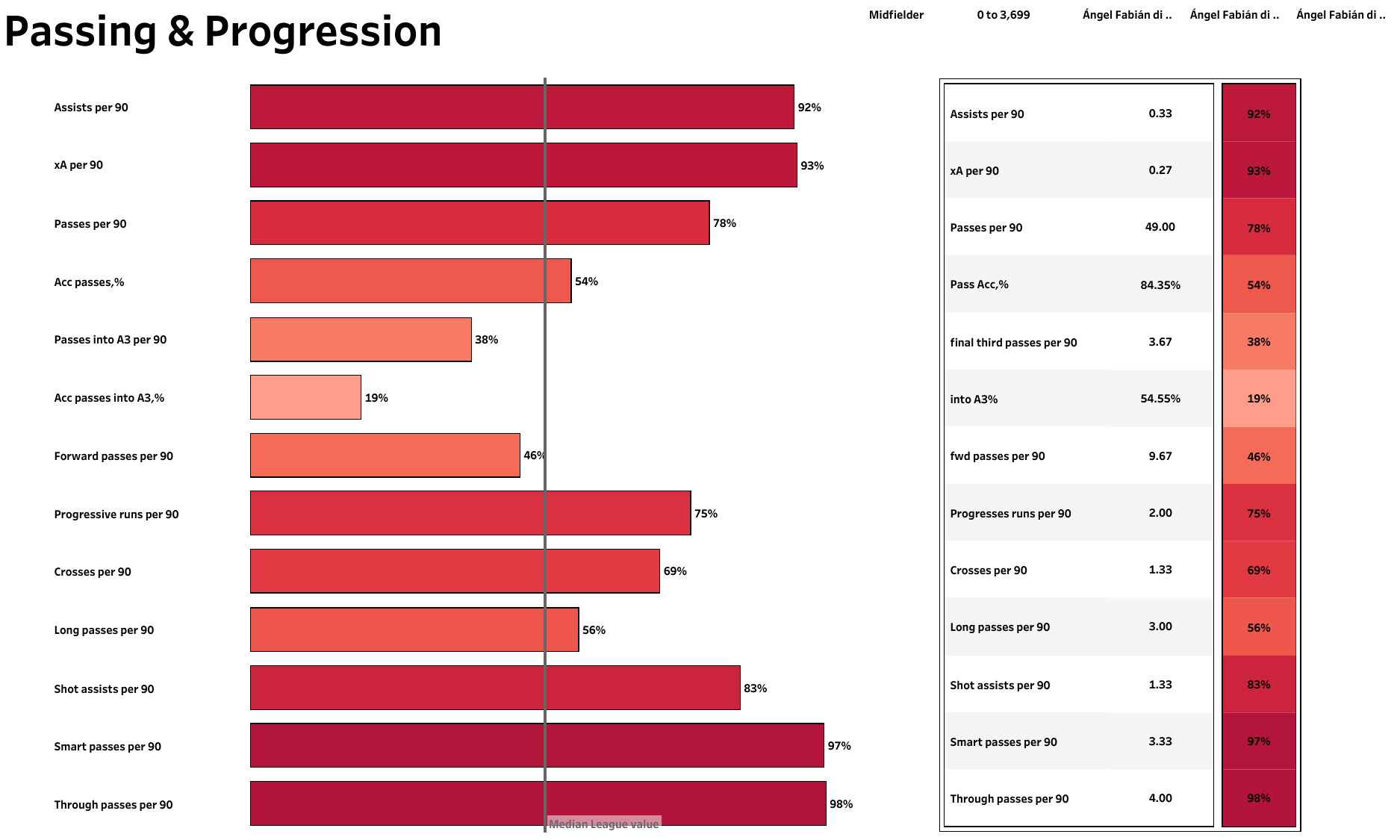 Di Maria has had 0.33 assists per game in the UEFA Champions League. outperforming his xA per game of 0.27. He has completed 49 passes per game at an accuracy of 84.35%. However, compared to his peers, his number of passes into the final third and their accuracy are way below average, ranking at the 38th percentile and 19th percentile, respectively. But while he underperforms in ball progression into the final third, Di Maria has attempted 3.33 smart passes per game and four through balls per game, putting him in the top 3% and top 2%, respectively, in those categories. 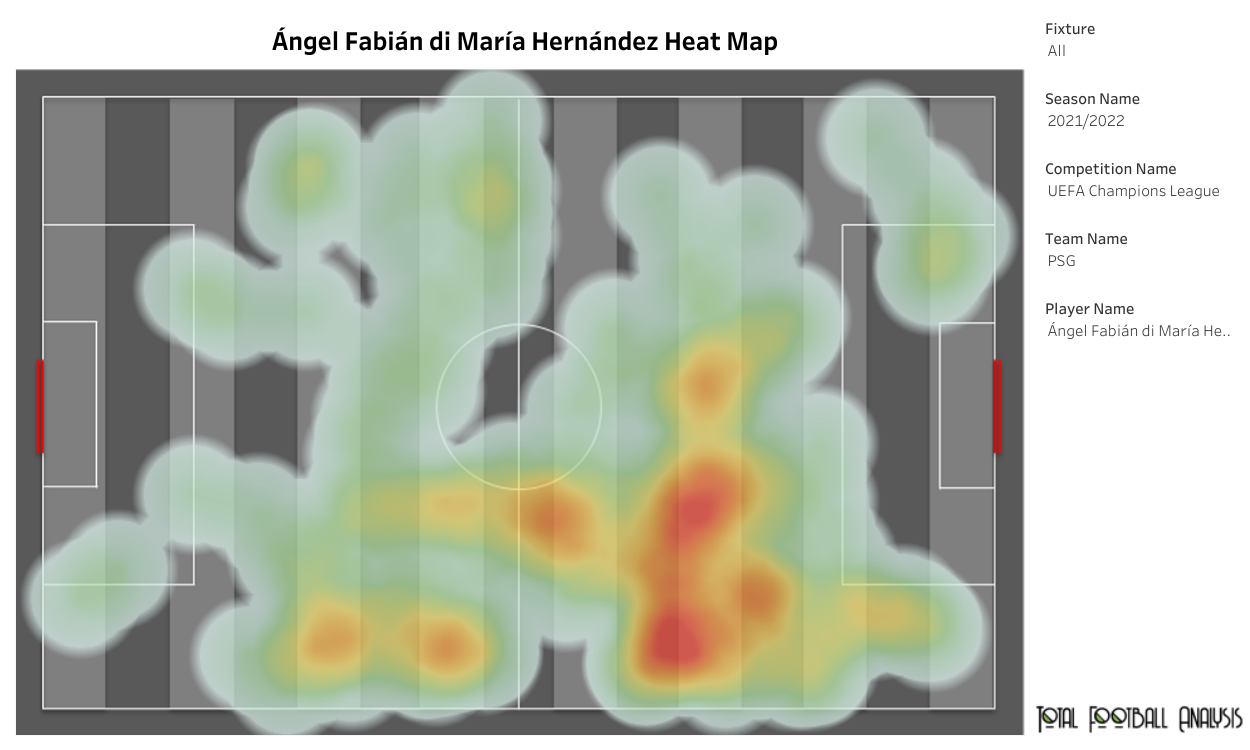 Comfortable as a number 10 behind the striker or on the right wing, Di Maria has been involved a lot in the final third with whatever playing time he has got this season at PSG. While he has been influential in the final third, this similar influence is lacking in the opposition’s penalty area. He has completed only three passes into the penalty area in this season’s UCL. 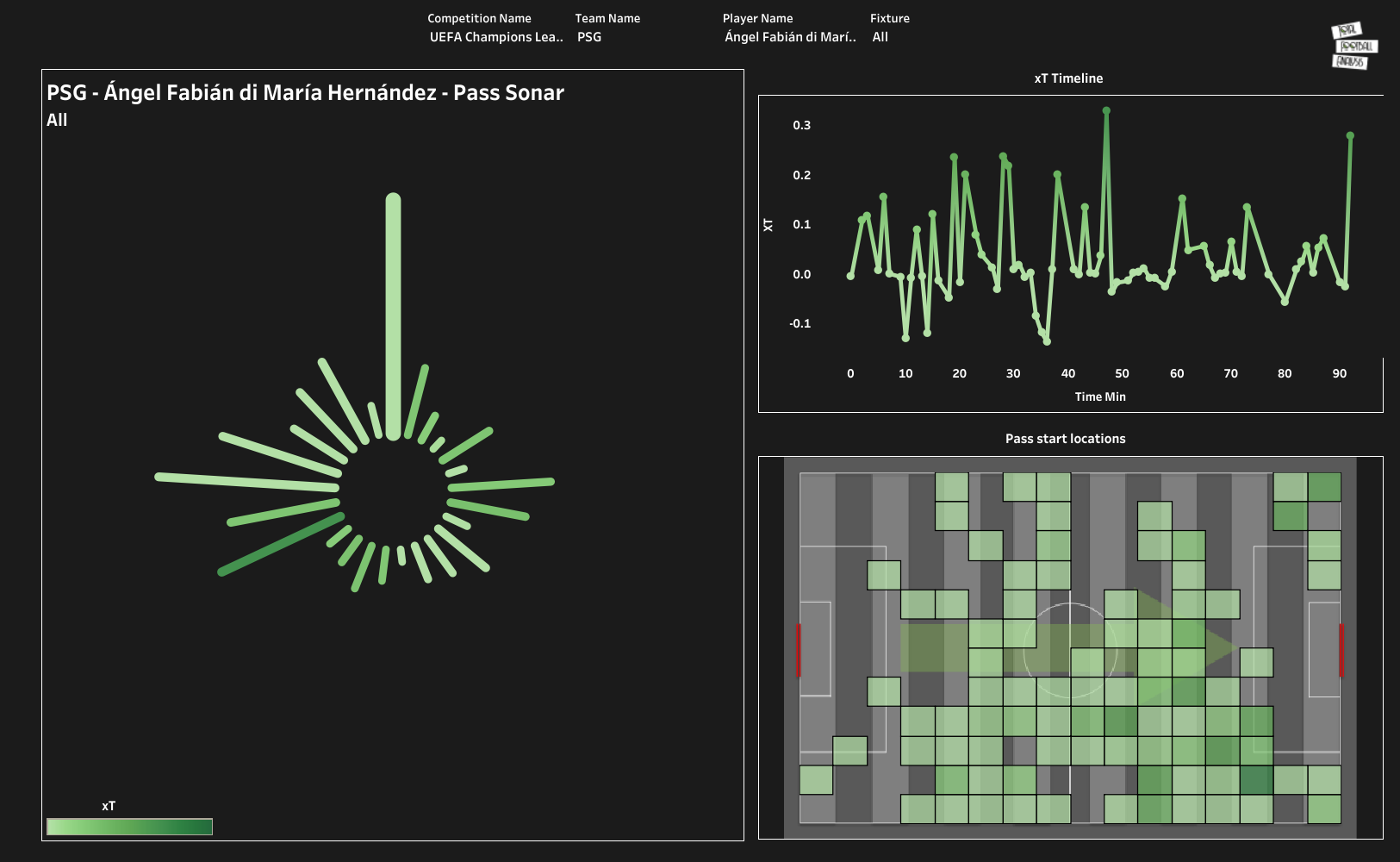 Given above are the pass sonar, xT timeline and maps of Di Maria in the UEFA Champions League this season for PSG. The very light shades indicate that he is not creating enough threats for the team. His absence of threats in the opposition’s penalty area can be clearly seen.

Ángel Di Maria might not be what he once was as a player. But if Juventus are looking for a short term option for Paulo Dybala’s departure, then he might be a good fit at the Allianz Stadium.