With Giorgio Chiellini confirming that he will leave Juventus at the end of the season, it is time that the Old Lady look for a capable replacement as quickly as possible. One such possible replacement is Leicester City and France defender Wesley Fofana. In this article, we will see if the Frenchman can replace the legendary Italian at the Allianz Stadium using the data from the 2020-21 season as he has been sidelined for the majority of this season due to a lengthy injury. 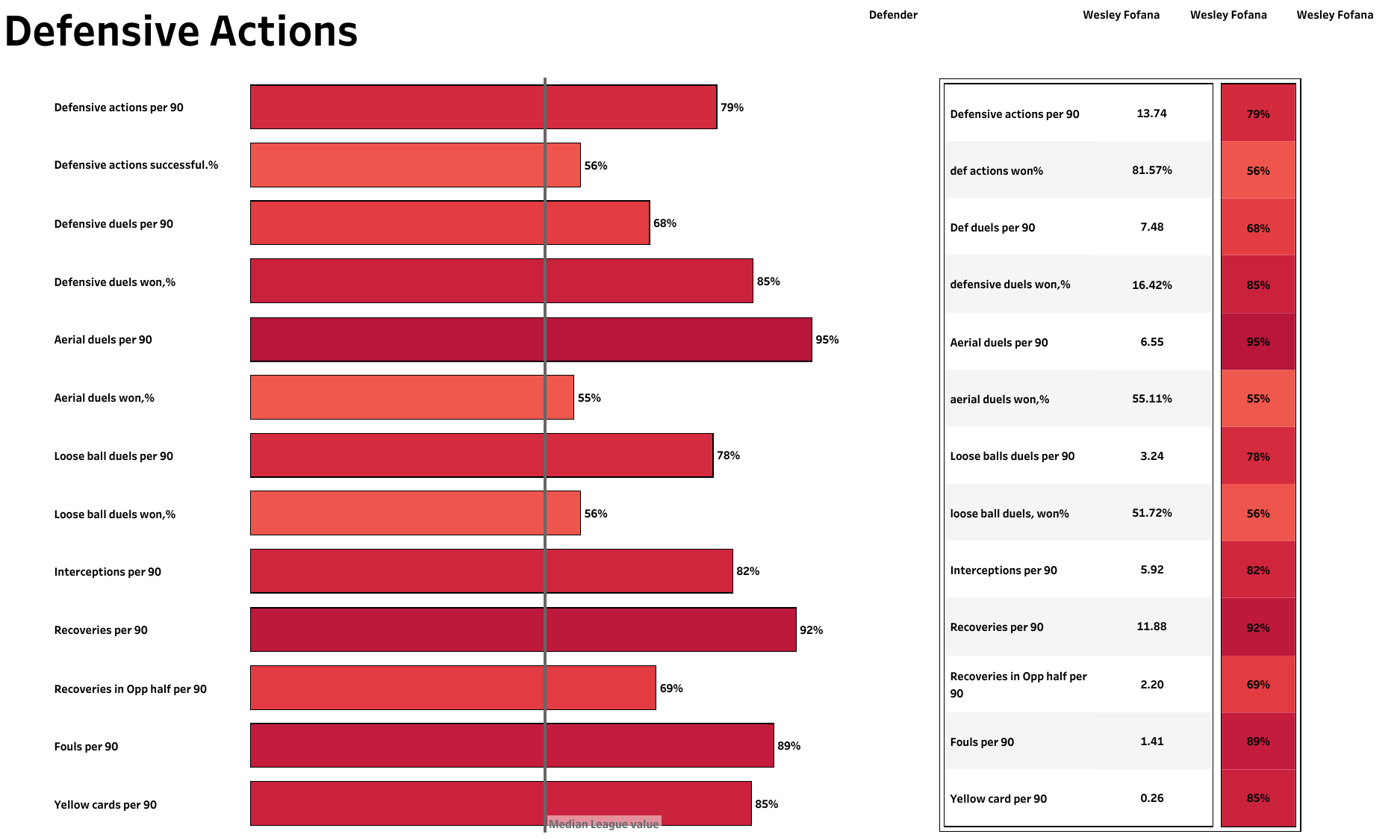 Wesley Fofana had a remarkable debut season in the Premier League with Leicester City in 2020-21. The Frenchman won 81.57% of his defensive actions last season out of 13.74 defensive actions attempted per 90. The former Saint-Etienne man attempted nearly 7.5 defensive duels per 90 last season. He also competed in over 6.55 aerial duels per 90, winning 55.11% of these in the process. Fofana made nearly six interceptions per game whilst also recovering the ball 12 times per game. 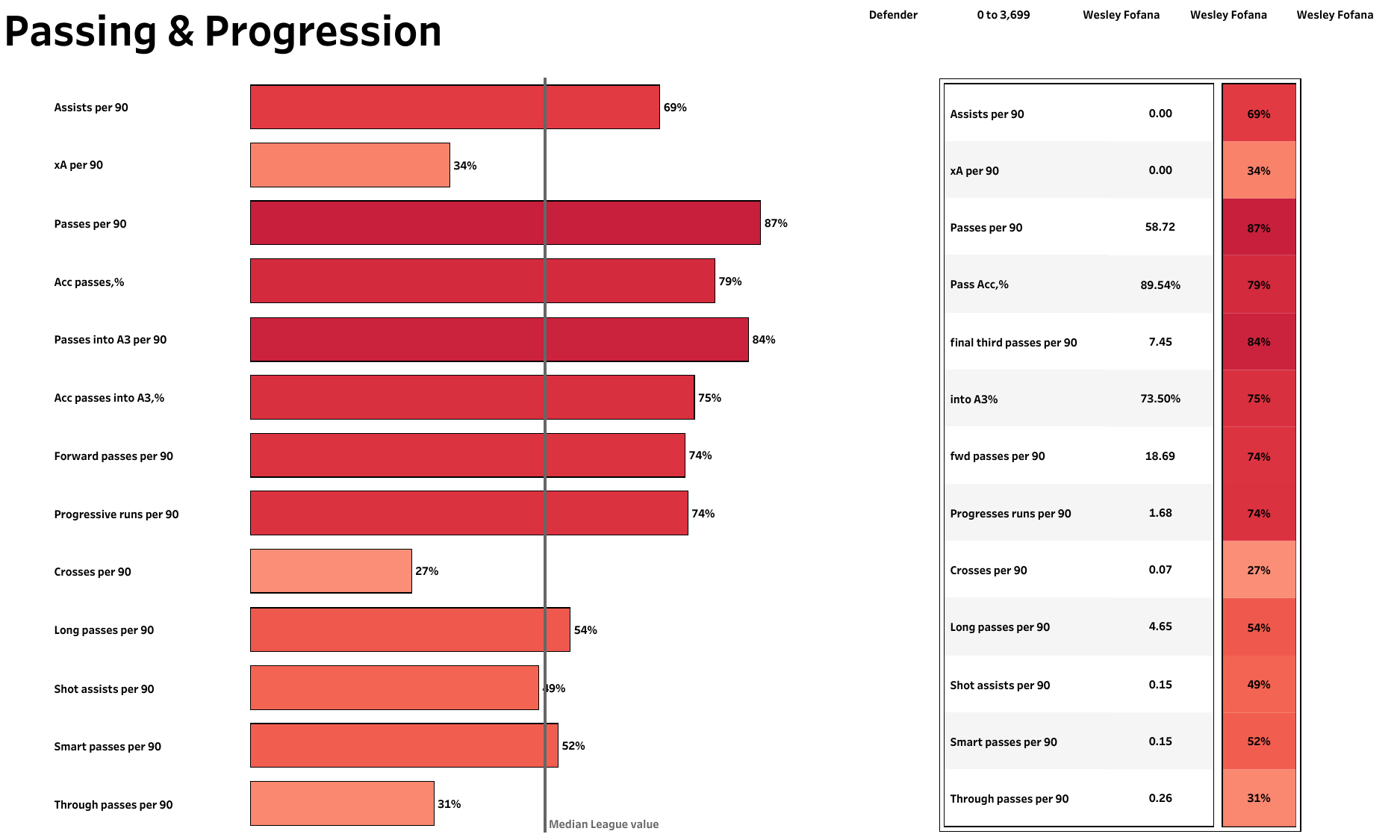 Fofana completed 58.72 passes per game in Leicester’s last season at a very impressive pass accuracy of 89.54%. Every game, about 7.45 of these passes went into the final third with an accuracy of 73.5%. He could share the ball progression load with Matthijs de Ligt at the Old Lady as a result of these numbers. 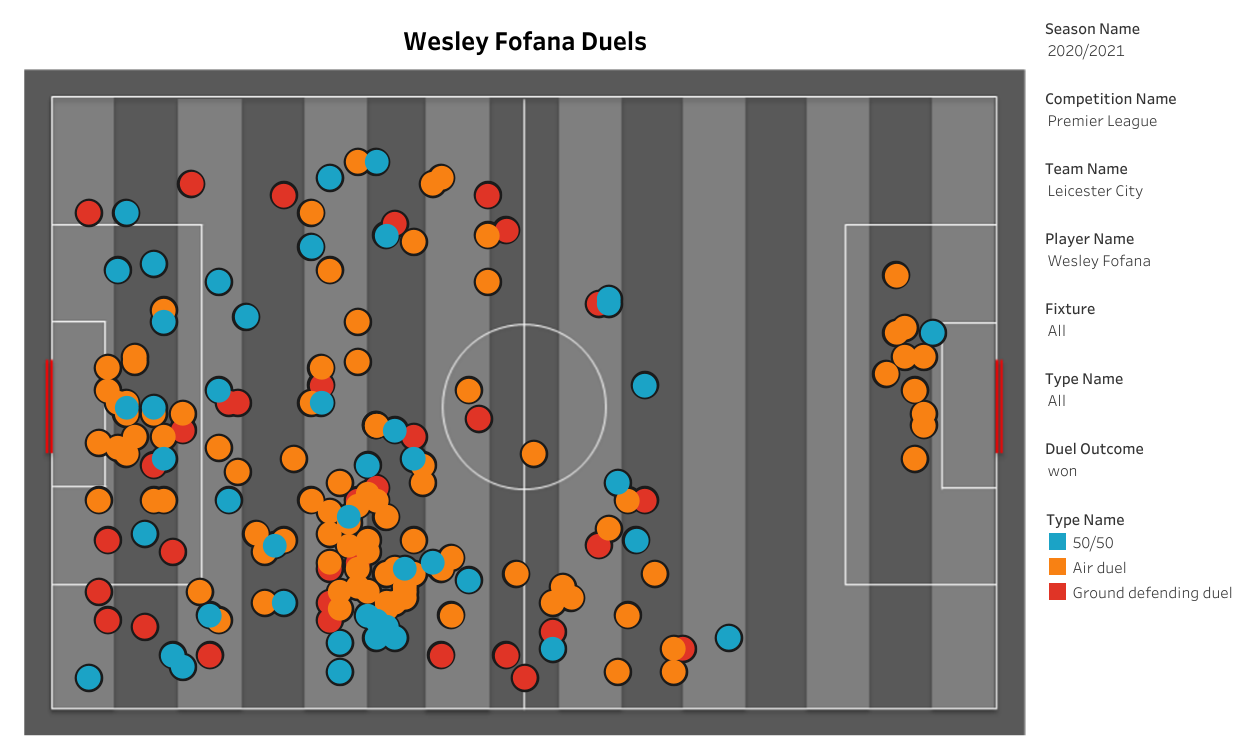 Seen in the above visual is the winning duels locations of Wesley Fofana in the Premier League last season. Most of his aerial duel success rate of 62.7% has come in the defensive third, but outside the Leicester City penalty area. A few of his successful duels have also come from 50-50 as well as ground duels, showing that he can be a versatile defender and thus, fit into Juventus’ defence quite easily. Fofana can also be a set-piece threat, as shown by the number of aerial duels won in the opposition’s penalty area. 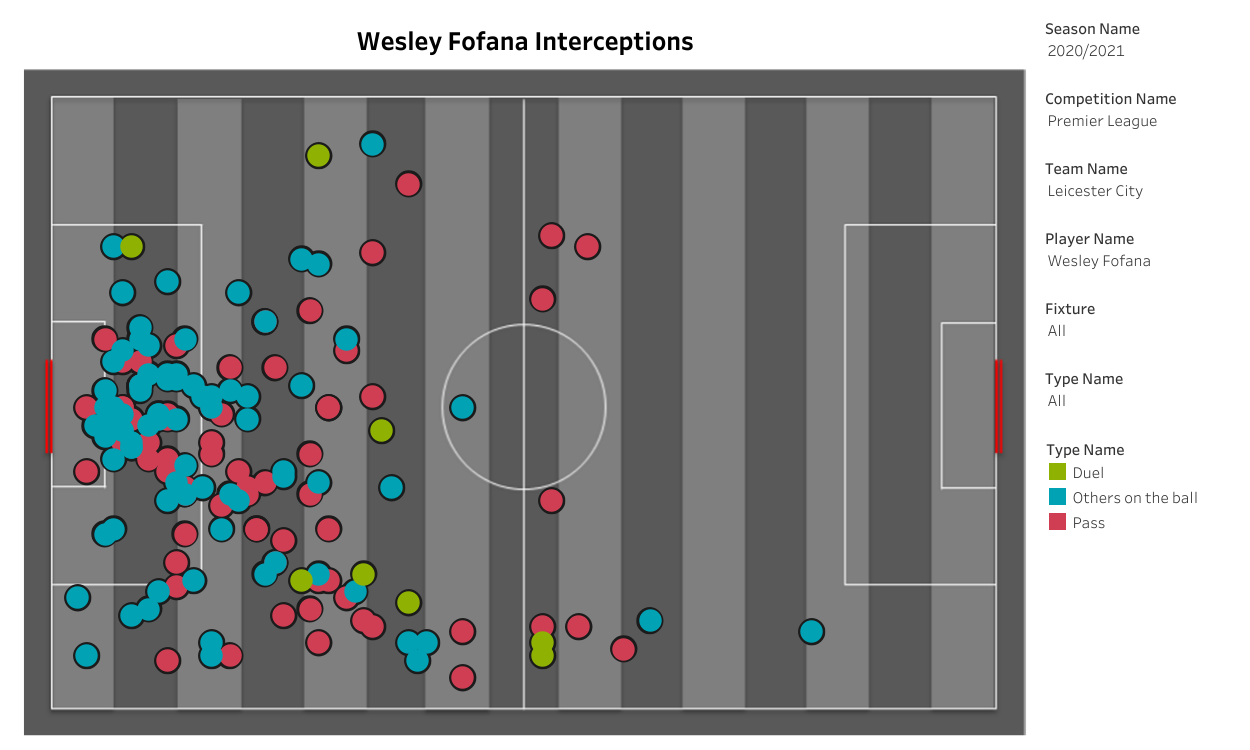 Given in the above visual is the location of interceptions of Wesley Fofana in the Premier League for the Foxes last season. He made 63 tackles, 51 interceptions, 21 shot blocks and 125 clearances last campaign. Had it not been for the lengthy injury he received at the beginning of this season, he could have put up similar numbers.

Replacing a club legend like Giorgio Chiellini is not easy for Juventus, not only for his defensive skills and attributes but also for his leadership. With Leonardo Bonucci also getting old, it is time the Old Lady make another big signing at the heart of the defence. Wesley Fofana could be a good signing for Juventus, but he may not come cheap, as Transfermarkt values him at 40 million euros, which is the joint fifth-highest for U-23 centre-backs in Europe.