Juventus are in a precarious situation as far as their attack is concerned. Both Federico Bernadeschi and Paulo Dybala are leaving the club at the end of this month. Meanwhile, Alvaro Morata’s future is uncertain as he is unsure whether he will return to his parent club Atletico Madrid, be signed by the Old Lady or join some other team in the summer. This leaves Juventus with Dusan Vlahovic as the main striker, a subpar Moise Kean and a vastly inexperienced Kaio Jorge as backups. Surely, the Old Lady can do better. One striker who wants to leave his club is Burnley’s Wout Weghorst, and we will have a look at whether the Dutchman could be a decent backup to Vlahovic at the Allianz Stadium. 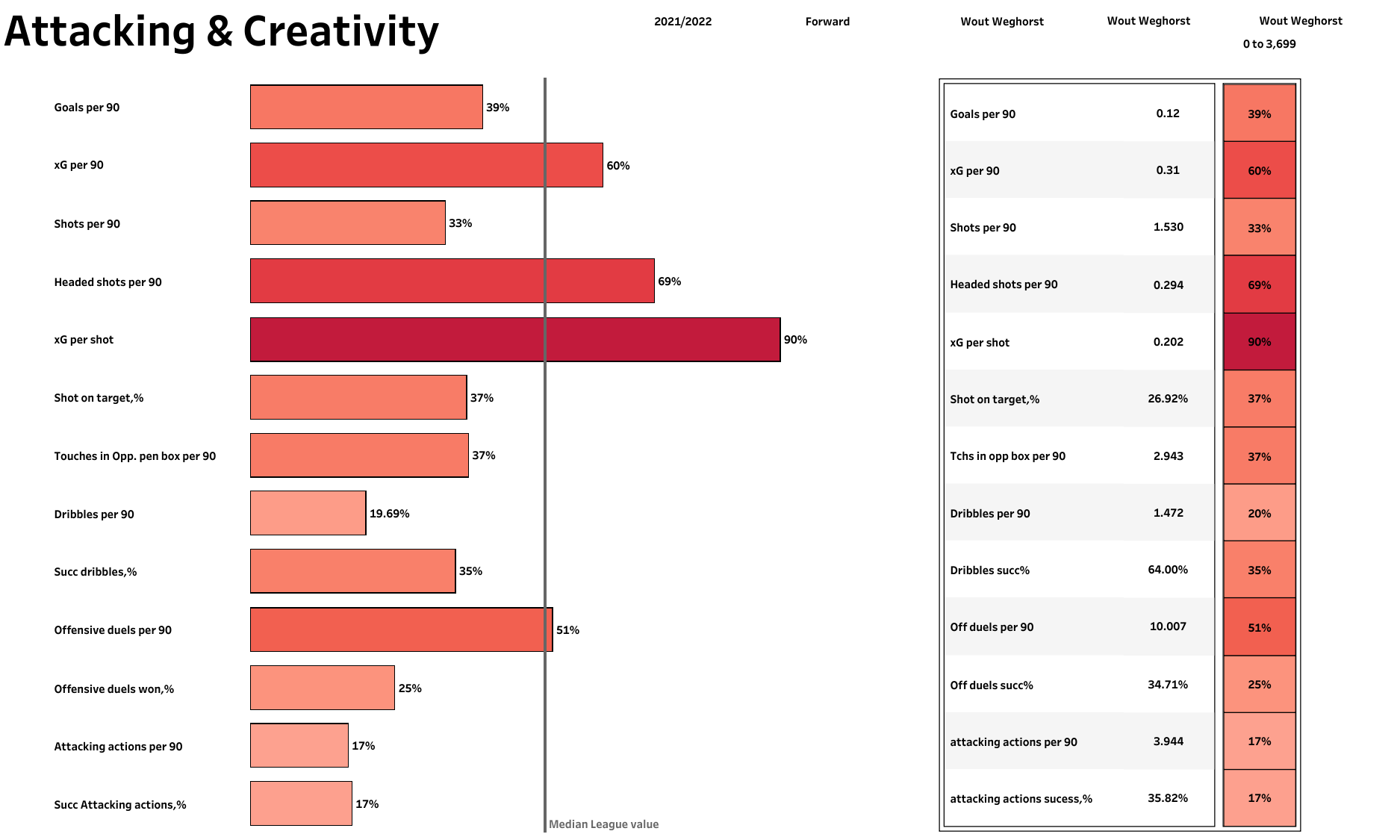 Wout Weghorst arrived at Burnley from Bundesliga team, Wolfsburg, in the January transfer window of 2022 after Chris Wood, the New Zealand striker, left for Newcastle United. Weghorst’s arrival was meant to mitigate Wood’s loss, but the Dutch striker has not done enough to prevent relegation for the Clarets in the second half of the season. This can clearly be seen in his goalscoring output. The 29-year-old hit only two goals for Burnley since his arrival. Despite generating an xG per shot of 0.2, he massively underachieved on his xG, having scored at a rate of only 0.12 goals per 90 against an xG of 0.31 per 90. Weghorst took only 1.53 shots per 90 and had a measly shot accuracy of 26.92%. 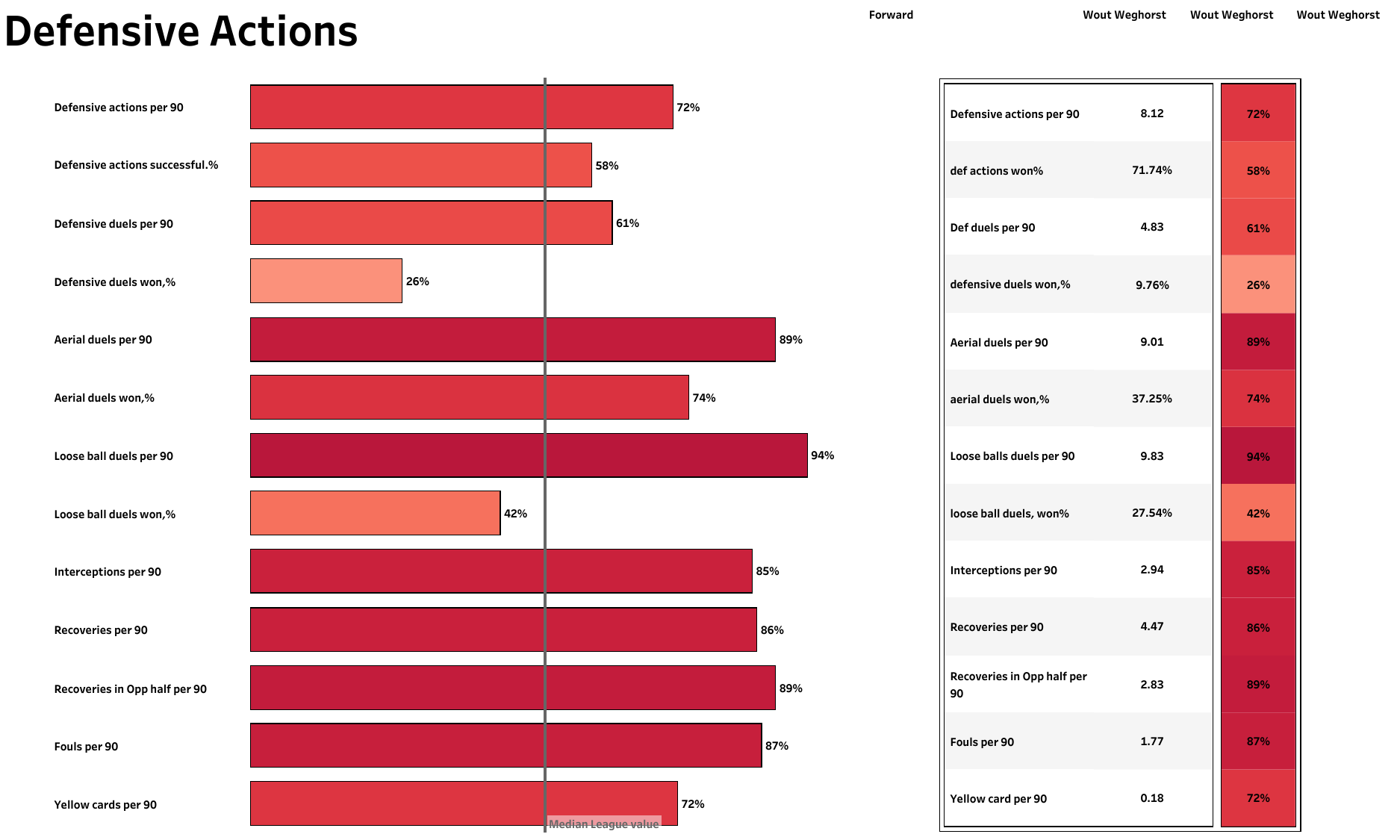 While Weghorst was found not good enough to save Burnley from relegation on the attacking end, he was working hard off the ball for the Clarets and embracing his defensive responsibilities. Weghorst attempted 8.12 defensive actions per 90 and had a success rate of nearly 72%. With his massive height of 197 cm, the Dutchman had no trouble attempting aerial duels as he took part in nine aerial duels per 90. However, his aerial duels success rate is surprisingly low for a player standing 197 cm tall, as he won only 37.25% of them. But the Dutchman was successful in the following defensive categories relative to other forwards: Interceptions (at 2.94 per 90), Recoveries (at 4.47 per 90) and Recoveries in the opposition’s half (at 2.83 per 90). 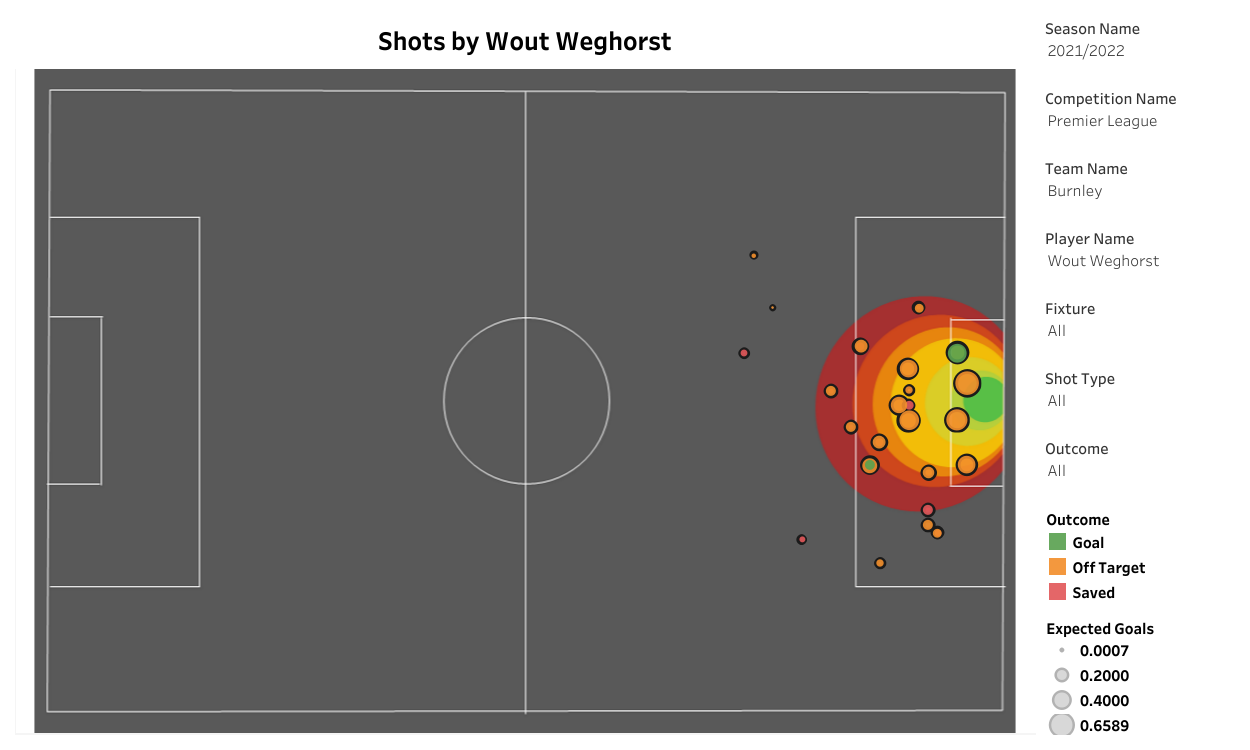 Displayed above is the shot map of Weghorst for Burnley in the 2021-22 Premier League season. As seen from the viz, despite getting into good goal-scoring positions, Weghorst failed to convert these big chances. Had he scored these opportunities, the Clarets may have actually stayed up and not gone down to the Championship.

Wout Weghorst was simply not good enough to save Burnley from relegation to the EFL Championship. So, he too would be, at best, a subpar backup to Dusan Vlahovic at Juventus. The Old Lady would be better off looking elsewhere.