Since his arrival from FC Porto in the summer of 2015, Alex Sandro has been the undisputed starter in the left-back/left wing-back position at Juventus. However, the Brazilian has displayed signs of slowing down and inconsistency at the Allianz Stadium in the last two seasons. This has been reflected in Sandro’s market value, according to Transfermarkt, as it has gone down from €50 million in December 2019 to just €6 million as of June 2022, a decline of 88%. The Bianconeri will have to start searching for replacements or better, long-term heirs. One such young left-back in the market is Crystal Palace’s Tyrick Mitchell. 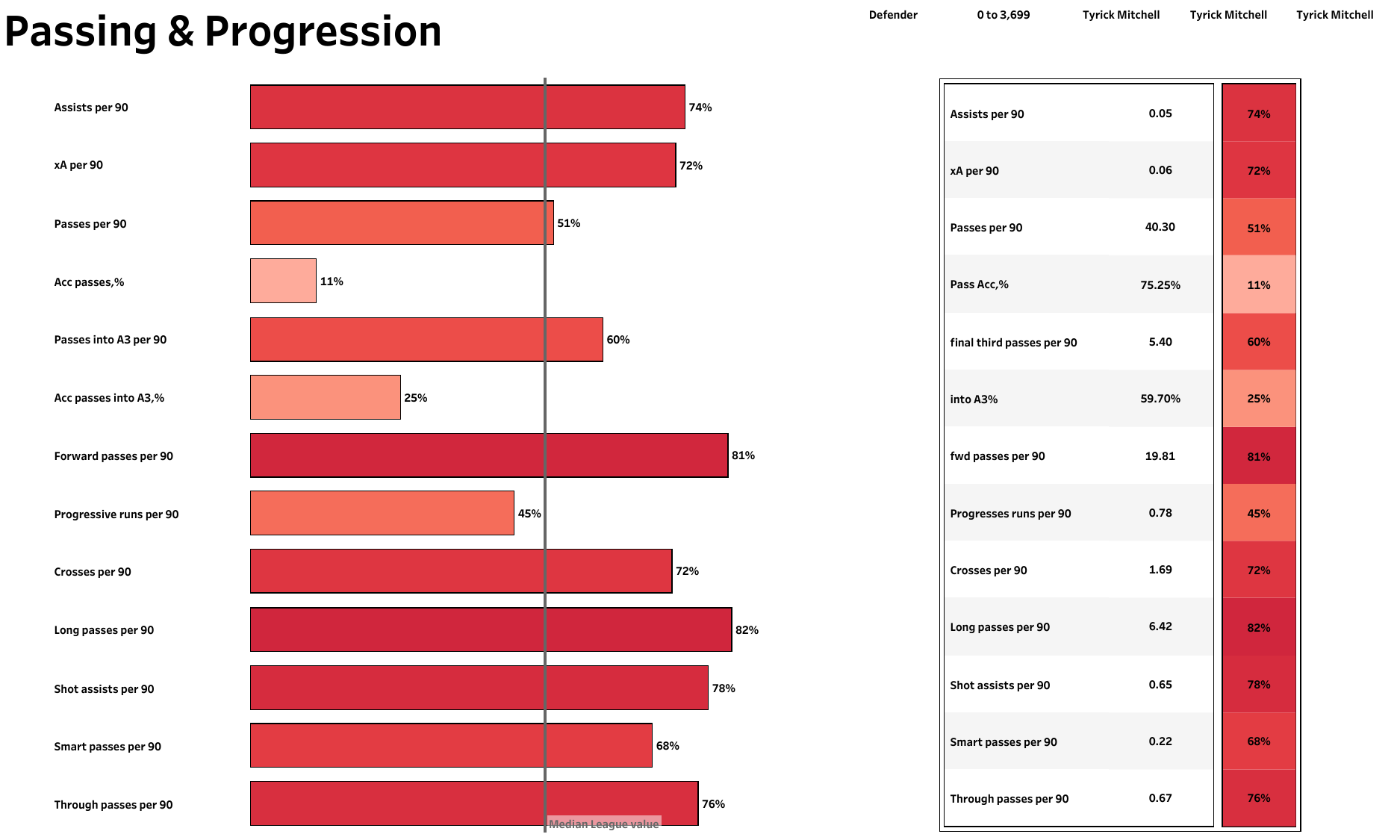 Mitchell made 36 appearances for Crystal Palace in the recently concluded 2021-22 Premier League season, playing for 3,101 minutes. The left-back registered two assists for Patrick Vieira’s team in the campaign. Mitchell was fairly involved in the game for the Eagles, attempting just above 40 passes per 90, though his pass accuracy of only 75.25% left a lot to be desired, ranking him in the bottom 11% of defenders. However, the Englishman completed 6.42 long passes per 90, putting him in the upper quintile in this category. Mitchell also ranked well above the median league value for defenders in crosses per 90, shot assists per 90, smart passes per 90 and through balls per 90. 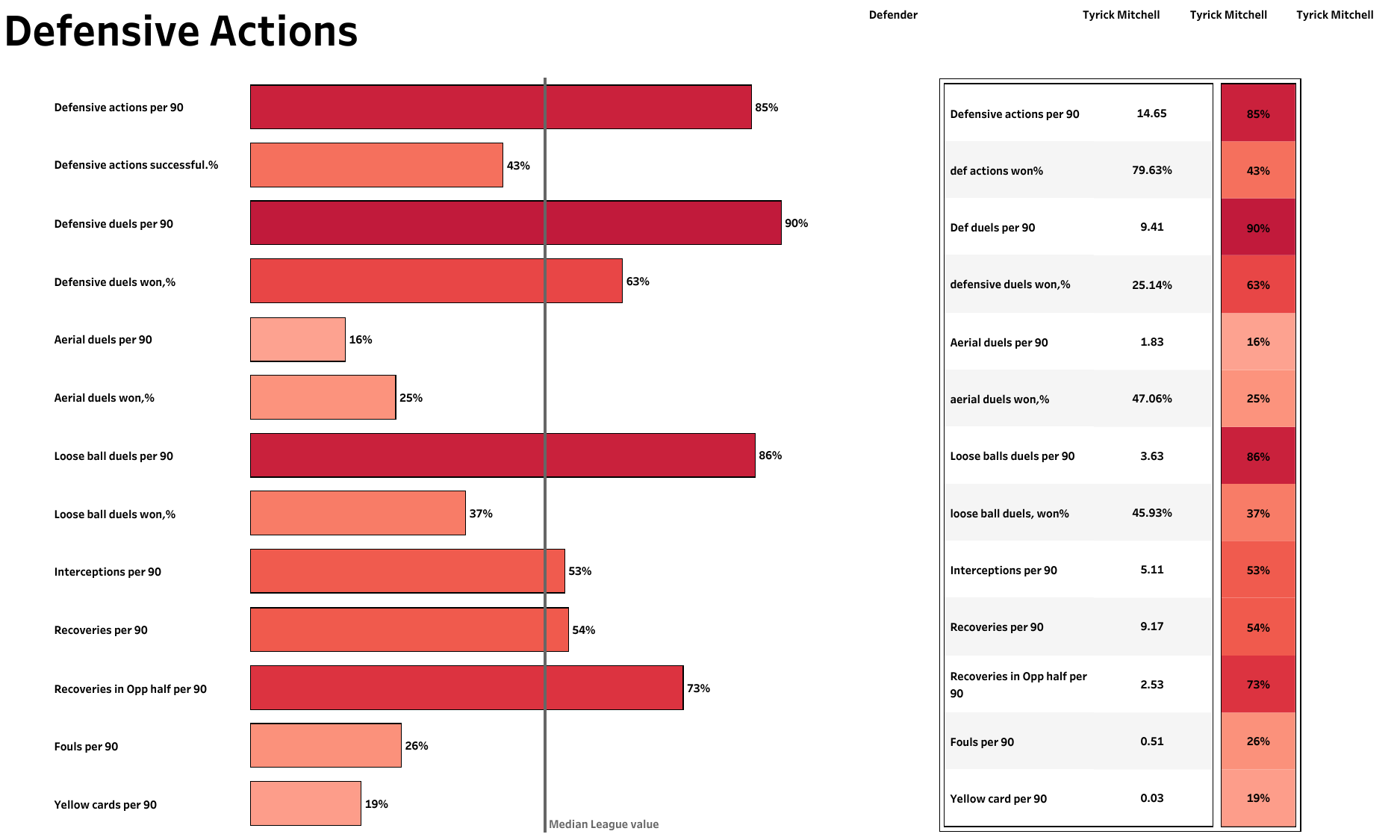 Mitchell attempted close to 15 defensive actions per 90 and had a decent success rate of 79.63%. The left-back attempted 9.4 defensive duels per 90, winning just over a quarter of them. The Englishman also contested over 3.6 loose ball duels per 90, coming out successful in nearly 46% of them. In addition to these, Mitchell completed over 5.11 interceptions per 90 and 9.17 recoveries per 90, of which 2.53 recoveries came in the opponents’ half. The 22-year-old was also fairly disciplined committing less than one foul per 90 for the Eagles. 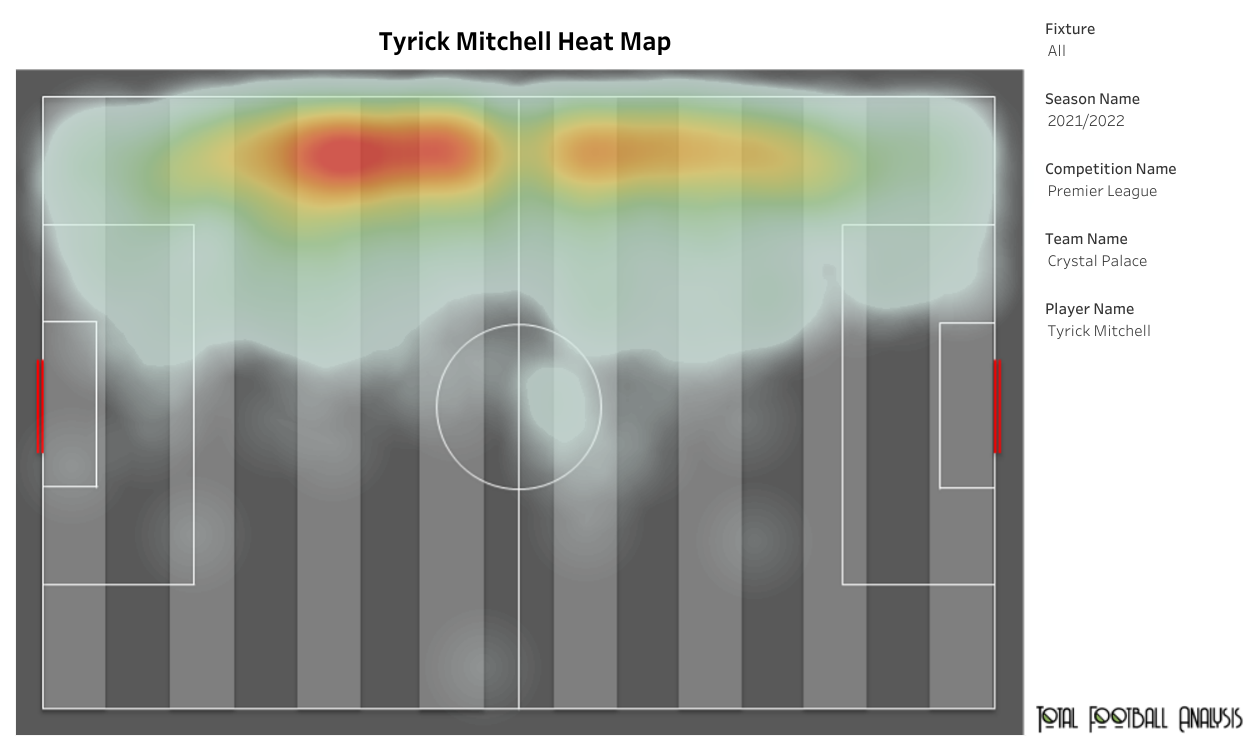 Mitchell was a more defensive-minded full-back in the last season, as displayed in the above heat map. But the 22-year-old was also decent going forward, completing 3.86 progressive passes per 90 and just over one pass into the opposition’s penalty area per 90. 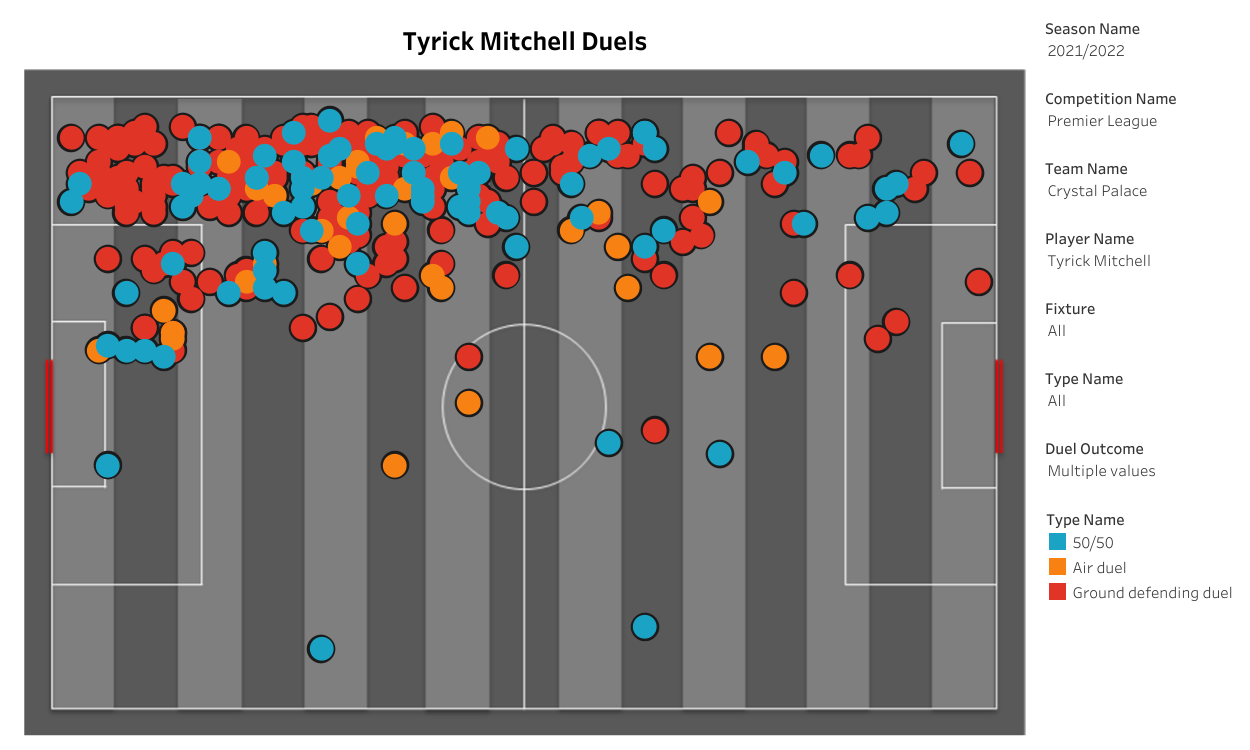 As shown in the above visual, most of Mitchell’s successful duels came in the form of ground-based duels, followed by 50/50s and aerial duels. The Englishman worked very hard off the ball, attempting 19.82 pressures per 90, 5.43 tackles and interceptions per 90, 2.47 clearances per 90 and 2.21 blocks per 90.

Mitchell enjoyed a highly productive campaign for Crystal Palace last season in the Premier League on the defensive end. But it is clear that the 22-year-old is not on the level of the best full-backs when going forward. With a contract that runs until June 2025, it may be difficult for Juventus to prize Mitchell out of Selhurst Park this summer.