Since making his return to the Old Lady, Moise Kean has remained on the fringes of Allegri’s starting XI. The Italian international had developed under Allegri in Turin before switching to the Premier League, joining Everton. After a disappointing campaign with the Toffees, Kean was loaned out to PSG. During his loan spell at PSG, the 21-year-old scored 17 goals in all competitions and was overall impressive in front of the goal.

His performances in Paris made the Bianconeri bring the striker back to Turin on loan. However, he has had a disappointing campaign so far, as he is struggling for a spot in the starting lineup. The Italian international has made 21 appearances in Serie A this season, out of which nine have come as a starter and 12 as a substitute. While he has failed to score a single goal during his substitute appearances, Kean has scored five in 11 starts.

In the recent game against Empoli in Serie A, Kean was given a rare start in Allegri’s attacking line, partnering with Vlahovic. The 21-year-old got on the scoresheet, heading home the first goal of the match. In addition, he looked assured and comfortable on the ball in a long time. Kean’s recent performances as a starter could provide Allegri with another option for Vlahovic’s partner upfront.

Let’s take a look at some stats from the Champions League to gauge whether Kean is ready for a starting role in Allegri’s attack. 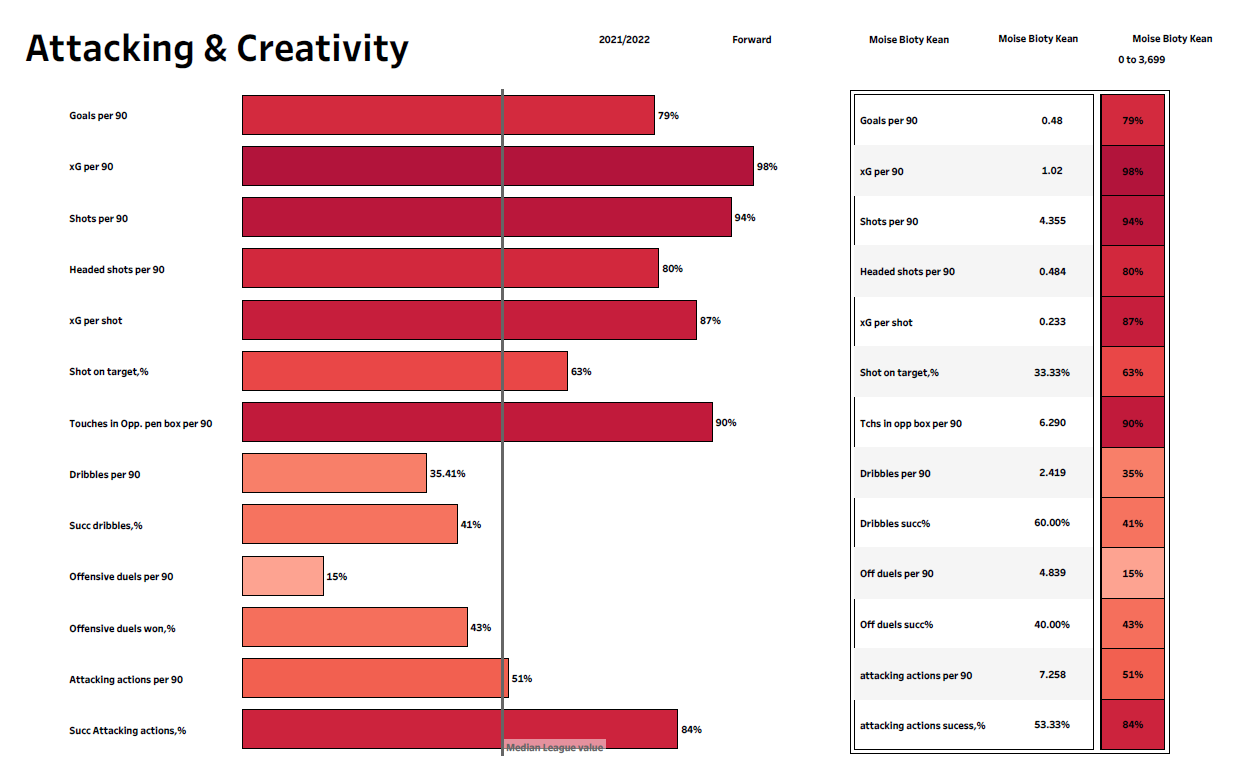 In the above viz., we can see Kean’s attacking stats. While most of the appearances have been as a substitute, Kean has managed decent attacking stats. Some of his noteworthy attacking & creativity stats are average touches in the opposition’s penalty box, xG per 90, and successive attacking actions. However, some of his stats may be inflated due to his limited number of minutes. Kean possesses explosive pace and utilizes his dribbling ability to run at opponents. He’s good with his head and can be opportunistic in and around the box.

The above viz. highlights the areas of the pitch where Kean is most active. We can see that he has moved all around the opposition area. Kean prefers to operate as a lone striker, but he is capable of playing on the left of a front two. Many pundits have criticized Allegri’s use of Kean during the first half of the season, however, Kean himself has struggled to perform as a lone striker. He has struggled in possession and hesitated during transitions. 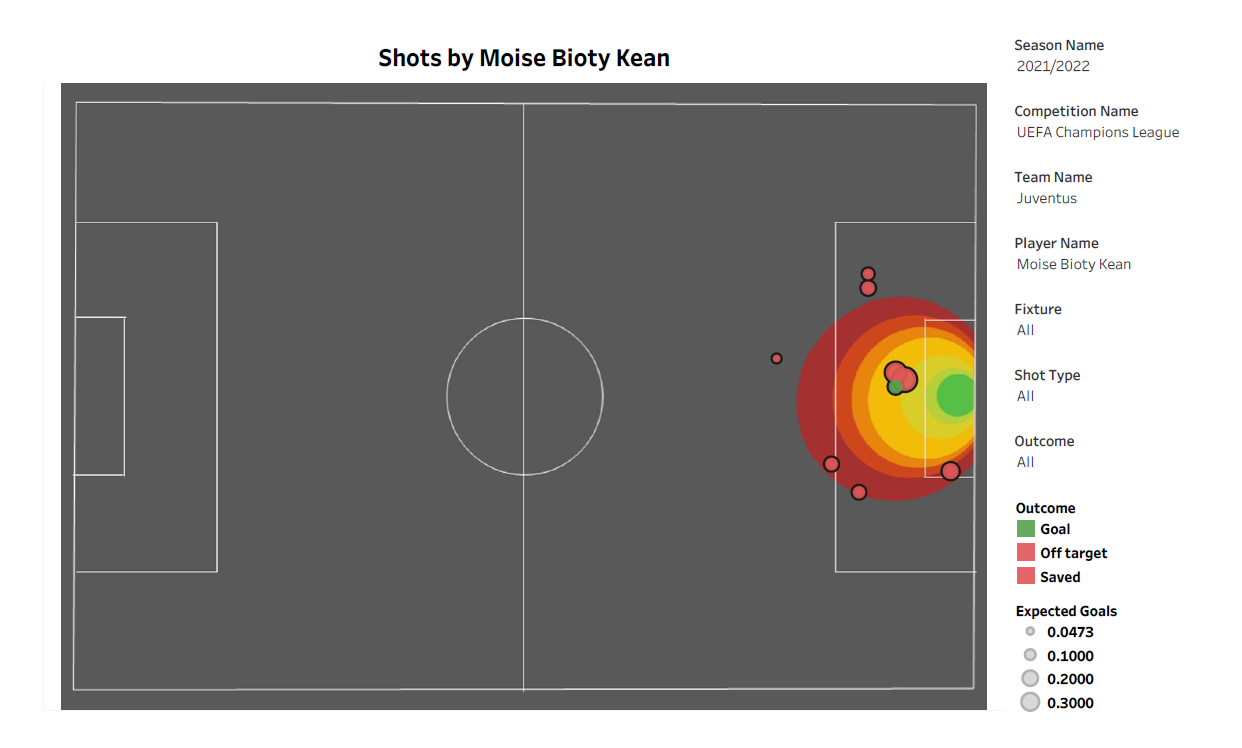 The above viz. highlights the location of Kean’s shots. Most of his efforts have been from inside the opposition’s box, including his goal in the match against Malmo. Kean has often been criticized for his lack of technical skill and inconsistency, an aspect that he displayed in Bianconeri’s recent narrow win against Fiorentina in the Coppa Italia semi-final first leg. Kean was handed his second start in back-to-back matches; however, he was rather underwhelming and failed to produce anything of substance.

At the start of the season, it was understood that Kean was brought back to become the centre-point of Juve’s attack. But so far, he has failed to become an ideal target man. Nevertheless, in a few of his starts this season, Kean has displayed his attacking intent. With more game time under his belt, we could see whether Kean is ready for a starting role in Juve’s attack.