Ahead of the start of the 2022-23 season, Juventus have re-signed Paul Pogba on a free transfer from Manchester United and also brought in Ángel di Maria. In addition to this, the Bianconeri quickly mitigated the loss of Matthijs de Ligt to Bayern Munich by bringing in Gleison Bremer from city rivals, Torino. The Old Lady might not be done in the transfer market yet, as according to reports, the Turin-based side have expressed interest in bringing in Argentina and PSG midfielder, Leandro Paredes. 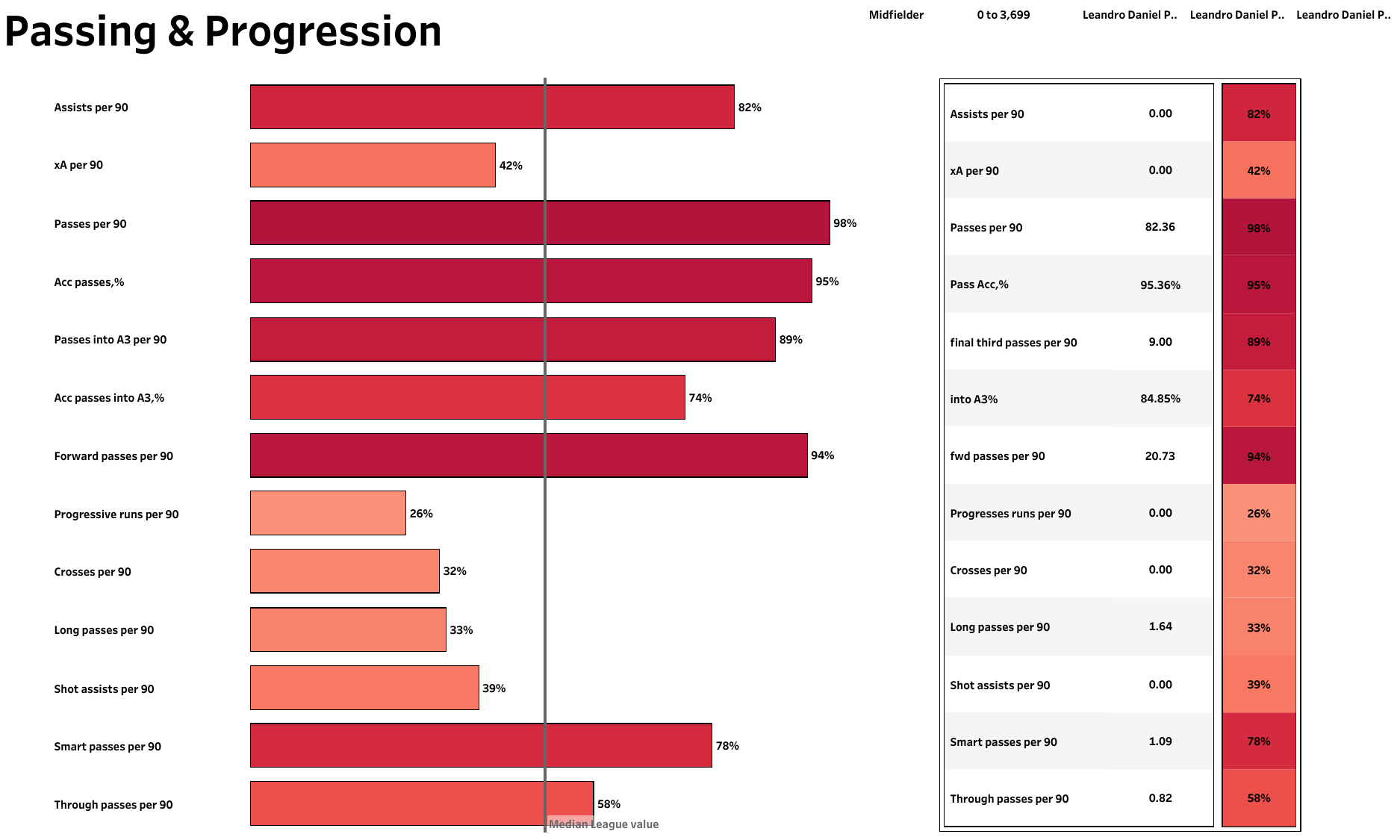 Paredes played 22 games across all competitions last season for PSG, including five in the UEFA Champions League. He played 315 minutes in the competition. As a defensive midfielder, he was not expected to score goals or provide assists. He did exactly that, firing blanks in both categories. He was a very reliable volume passer of the ball. He completed a whopping 95.36% of his attempted 82 passes per 90, placing him in the upper 5% or higher in both categories. The Argentine was also more than competent in his ability to progress the ball into the final third, with nine attempts per 90 and an accuracy of nearly 85%. With 1.09 smart passes per 90, he put himself in the upper quartile among midfielders. 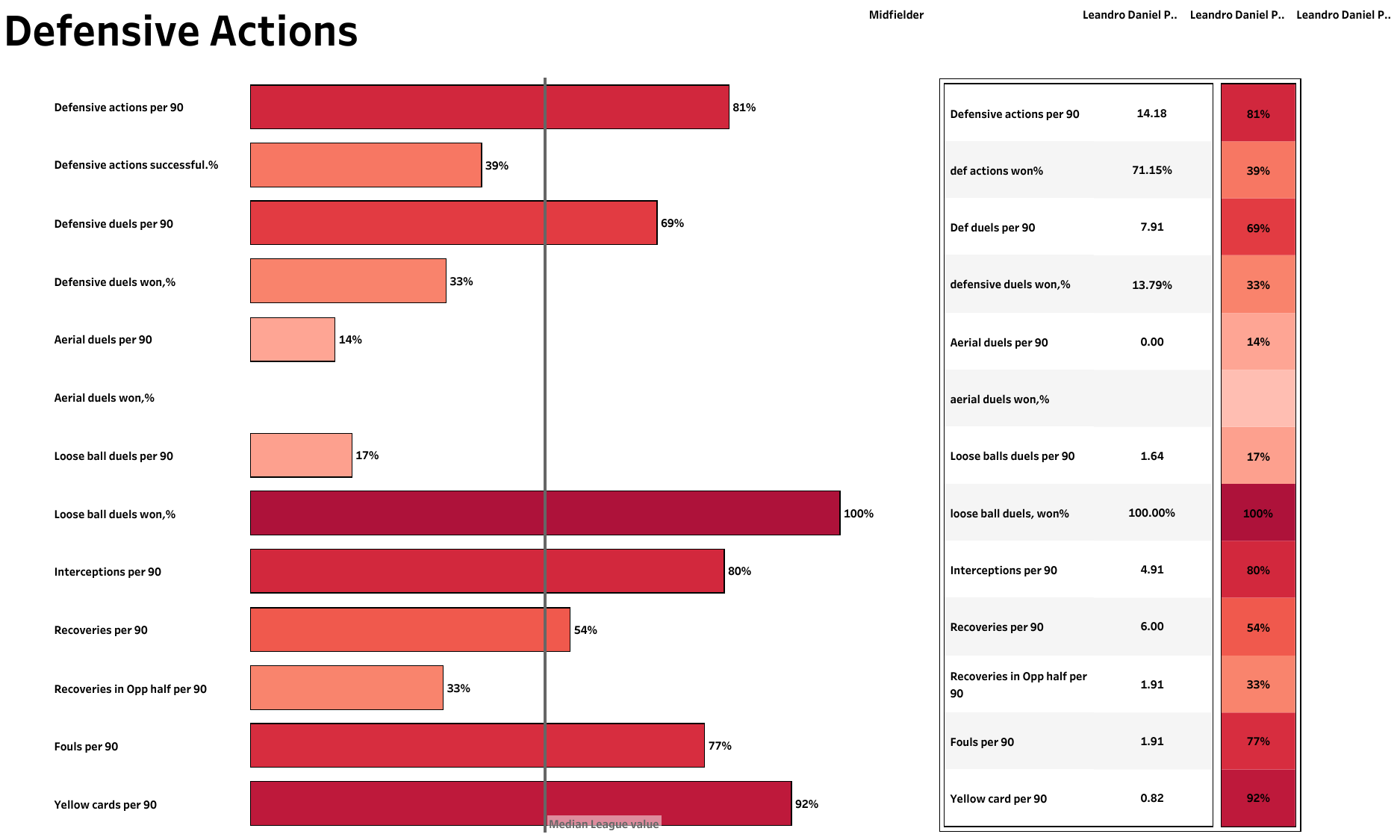 Paredes put up more than 14 defensive actions per 90 but won just 71% of them, placing him in the bottom 40% in the latter category. He attempted just shy of eight defensive duels per 90, but his win rate of only 13.8% put him in the bottom third among midfielders. The Argentine contested just 1.64 loose ball duels per 90 but recovered every single one of them, giving him a freakish win rate of 100% for this category. He made nearly five interceptions per 90 and exactly six recoveries per 90, the former ranking him in the upper quintile. However, Paredes’ biggest problem was his rashness and his lack of a strong temperament as he committed 1.91 fouls per 90 and was booked thrice in five games. 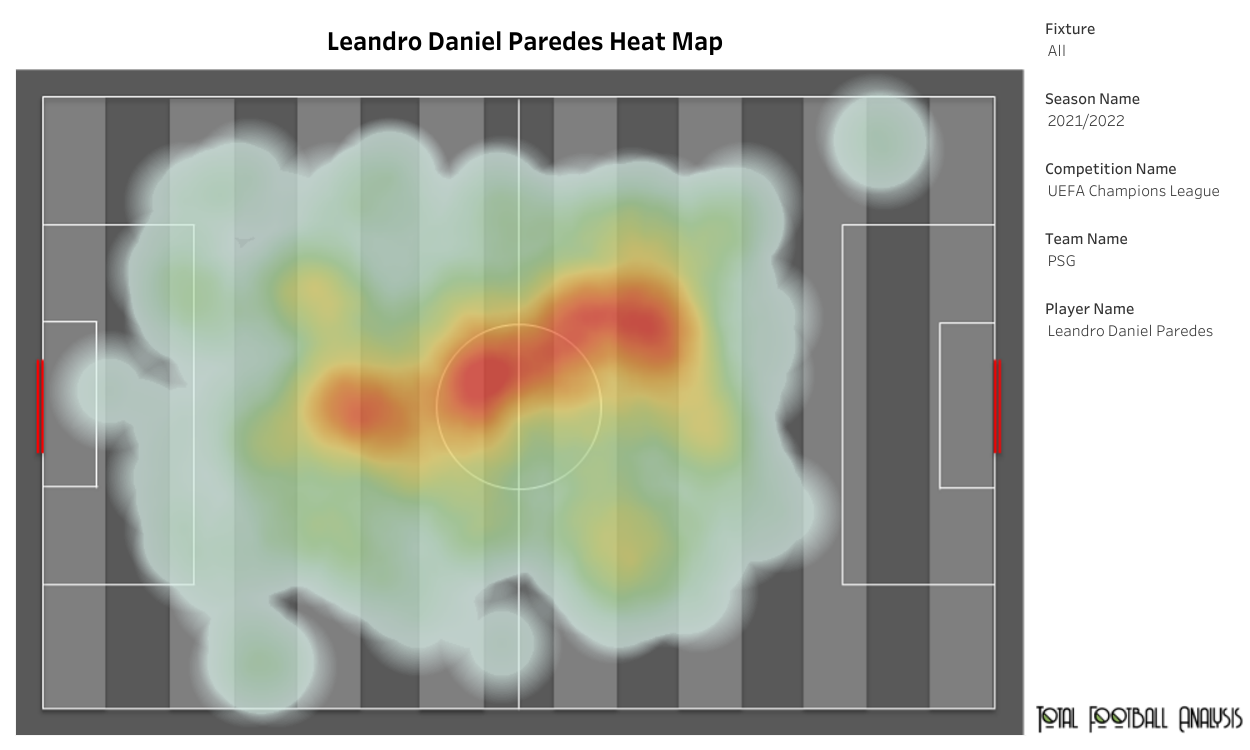 Paredes was mostly involved in the midfield for PSG as his aim was to shield the defence behind him. When in possession, his role was to play simple passes to more creative men in the team. He never made runs into the opponents’ penalty area. He attempted 16.6 pressures per 90 (of which 5.14 were successful), 4.29 tackles & interceptions per 90 and two blocks per 90. 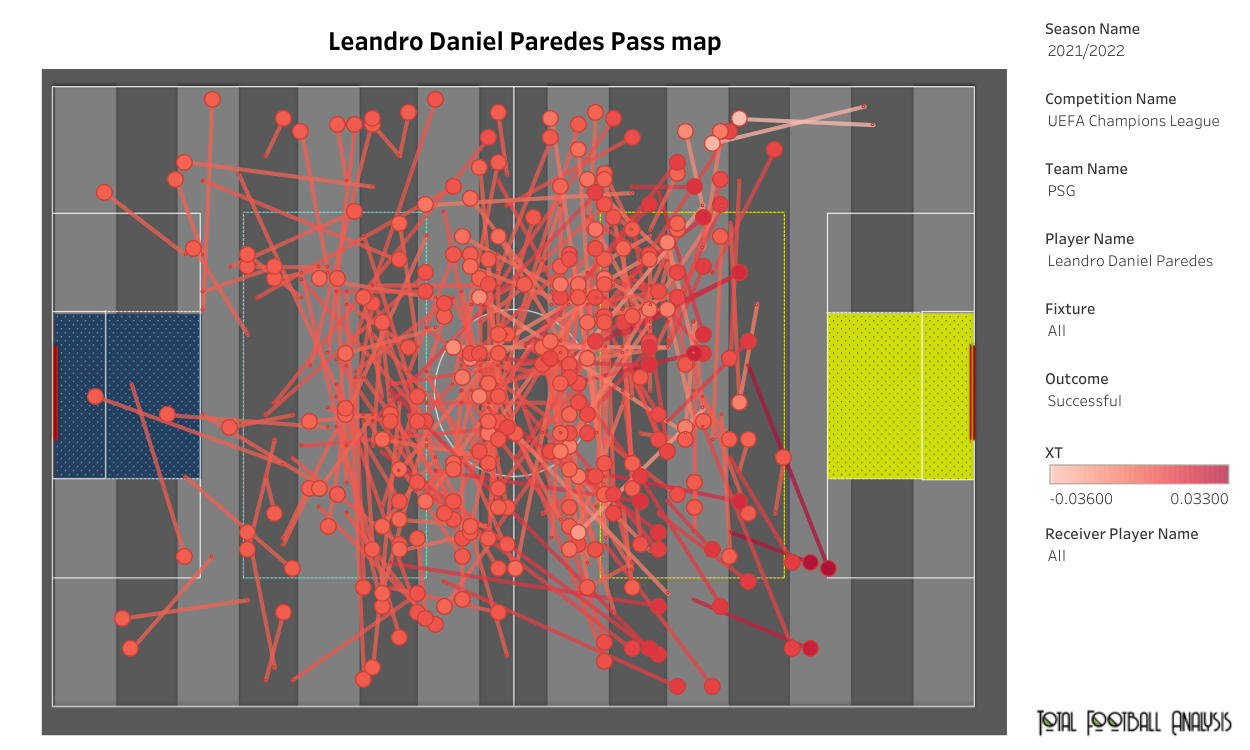 Paredes was very dependable with his passing, rarely misplacing them in dangerous places, as shown by his 95.36% pass accuracy. He produced 4.57 progressive passes per 90, 6.29 passes into the final third per 90 and 4.29 progressive carries per 90.

Leandro Paredes was an important man in Argentina’s Copa America triumph in 2021. But his time at PSG has been a mixed bag, performing in some games and not being good enough in other matches. Having had Serie A experience with AS Roma before, the former Zenit St. Petersburg man should be able to adapt to Juventus quickly if they sign him.