It finally happened at Juventus. After 17 years at the club, Giorgio Chiellini has announced that he is leaving the club this summer. It is not easy to replace a club legend with 425 appearances to his name, but the Old Lady have got to try. One defender who is in high demand across the continent is the Croatian Joško Gvardiol, who is plying his trade for RB Leipzig in the Bundesliga. Here, we will look into whether Gvardiol might be the best possible replacement for the 37-year-old at the Allianz Stadium. 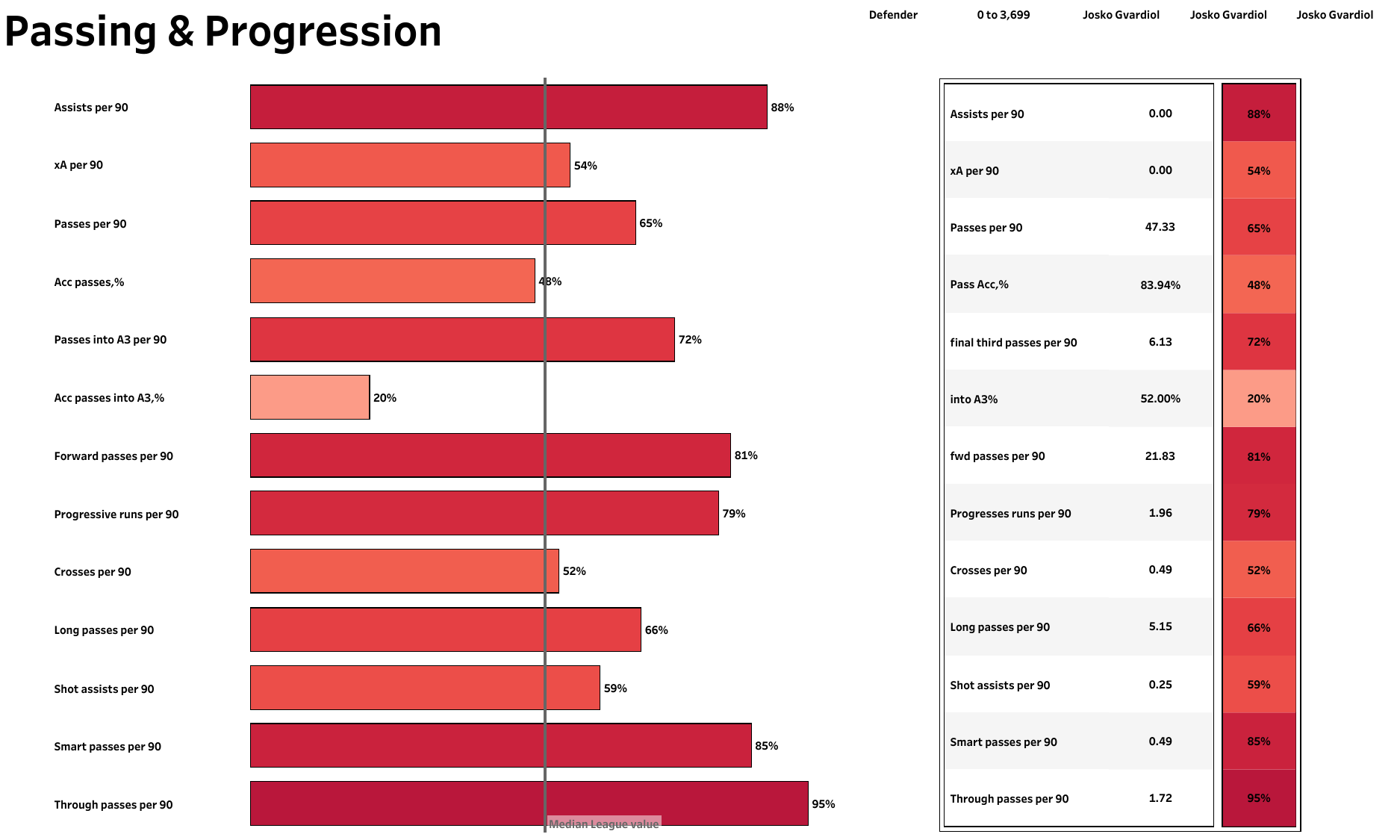 Gvardiol played six games for RB Leipzig in the UEFA Champions League this season as the German team were eliminated from the group stages. The Croatian has attempted 47.33 passes per 90 in the UCL this season at a pass accuracy of 83.94%. His ability to progress the ball leaves a lot to be desired as his pass accuracy into the final third stands at only 52%, ranking him in the lowest quintile. However, Gvardiol did complete 1.72 through balls per 90 and 0.49 smart passes per 90, which ranks him in the 95th and 85th percentiles, respectively. 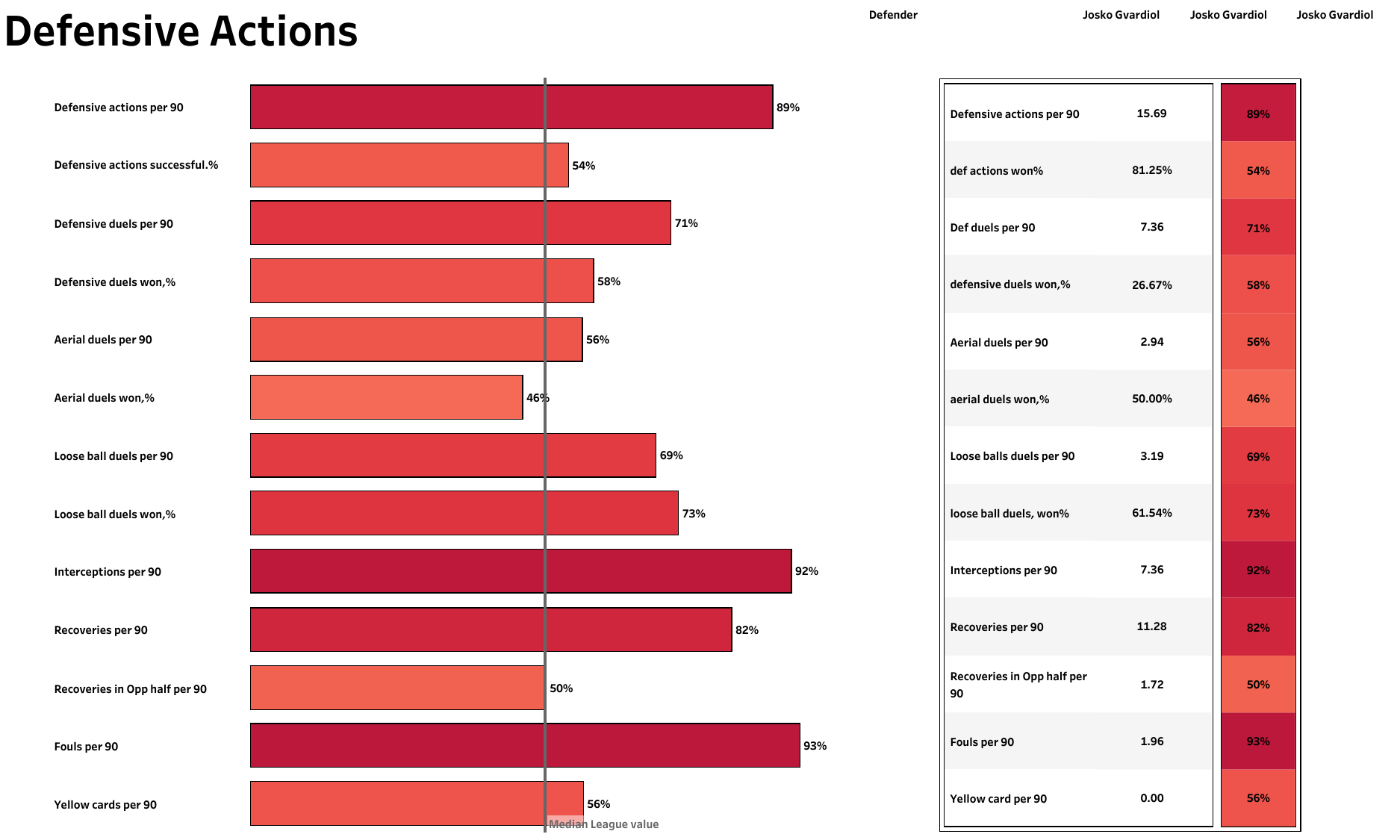 Gvardiol has attempted 15.69 defensive actions per 90 in the UEFA Champions League this season for RB Leipzig, coming out successful on 81.25% of the occasions. The Croatian has also attempted over seven defensive duels per 90, winning over a quarter of those. With a height of 185 cm, Gvardiol has managed to win exactly half of his aerial duels. He has also attempted 3.19 loose ball duels per 90 and succeeded 61.54% of the time. One area he should make improvements to is his fouling frequency, as he has committed nearly two fouls per game. However, he has also completed 7.36 interceptions per 90 and 11.28 recoveries per 90 for Die Roten Bullen in the UCL campaign, putting him in the top 8% and 18% for these categories, respectively. 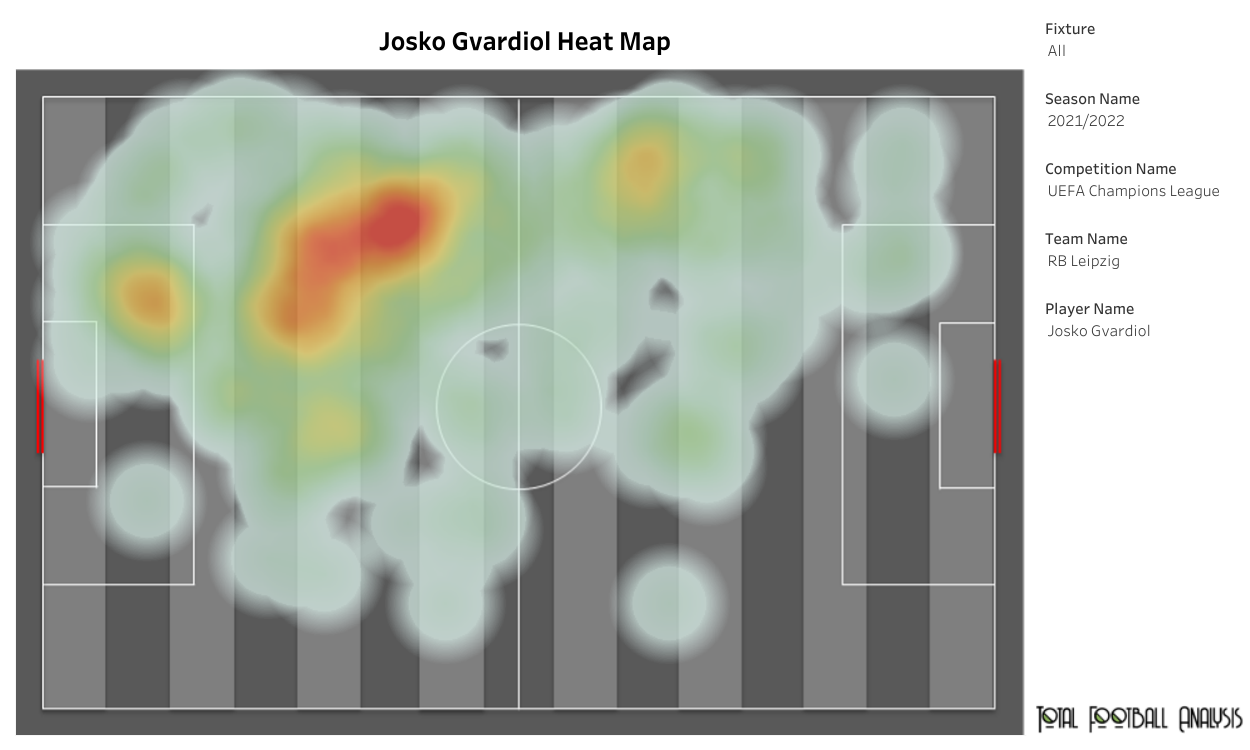 Seen in the above visual is the heat map of Josko Gvardiol for RB Leipzig in the UEFA Champions League this season. As a centre-back, he is most active in the defensive third and midfield. Overall, defensively, Gvardiol has made 58 pressures, 25 of which were successful, 32 tackles and interceptions, 17 clearances and 11 blocks. With the ball at his feet, the Croatian has completed 39 progressive passes, 50 passes into the final third, 39 progressive carries and 17 carries into the final third.

Joško Gvardiol has shown his improvement in defensive ability for RB Leipzig this season in both the Bundesliga as well as in Europe. The Croatian could be a great replacement for Chiellini at the Old Lady, but Juventus would face stiff competition from other big European clubs for his services. So if they need Gvardiol, they must act fast.