It was reported in January that Juventus are interested in signing Chelsea midfielder Jorginho. Although they have brought in the likes of Manuel Locatelli last summer and Dennis Zakaria in January, the Old Lady reportedly are on the hunt to add a deep-lying playmaker to their ranks. With the doubts surrounding Arthur’s form, and the reports that the Brazilian might not be suited to Allegri’s style of play, the Bianconeri need a player who can conduct the play in deep midfield, and Jorginho has demonstrated his capabilities as a midfield conductor throughout his time at Napoli and Chelsea.

Last year, Jorginho enjoyed an impressive year filled with silverware. The Italian international was an integral part of Chelsea’s Champions League-winning squad, before playing a pivotal role in Italy’s Euro 2020 triumph. The 30-year-old finished third behind Lionel Messi and Robert Lewandowski in the Ballon d’Or rankings. Since joining Chelsea in 2018, Jorginho has maintained his place in the starting lineup and proven himself as a reliable player at the heart of the midfield.

While the 30-year-old is under contract till next year, the situations surrounding Chelsea’s sanctions and Jorginho’s reported interest in returning to Serie A could mean that the Blues may be forced to consider his sale. It is also claimed that the Old Lady are considering offloading Aaron Ramsey, who is on loan at Rangers, and Adrien Rabiot in the summer. This situation can open doors for Jorginho’s arrival in Turin. So far, Jorginho has made 38 appearances for the Blues, scoring nine goals and registering three assists.

Let’s take a look at some stats to gauge if the midfield maestro could be a suitable addition to Allegri’s squad. 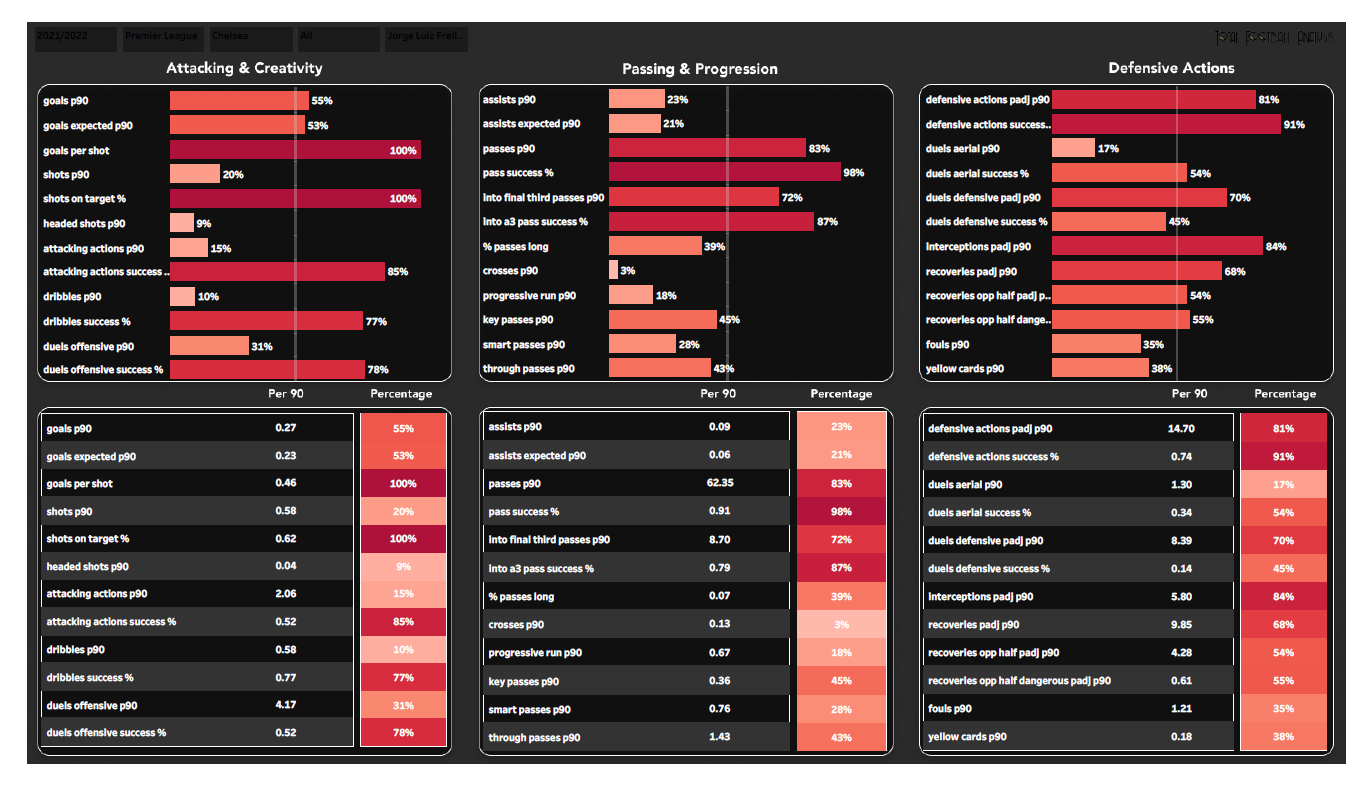 In the above viz, we can see Jorginho’s overall stats in the Premier League. In terms of defensive actions, most of his stats surpass the league median. The 30-year-old has excelled at defensive actions per 90, defensive actions success rate, and interceptions per 90. He has averaged more than five interceptions and upward of nine recoveries per match. Jorginho ranks highly in terms of passing and is placed at the 98th percentile in the league. The Italian international is considered a highly intelligent player, capable of marshalling the midfield. He is an adept ball-playing midfielder who acts as a link-up between the midfield and the attack. 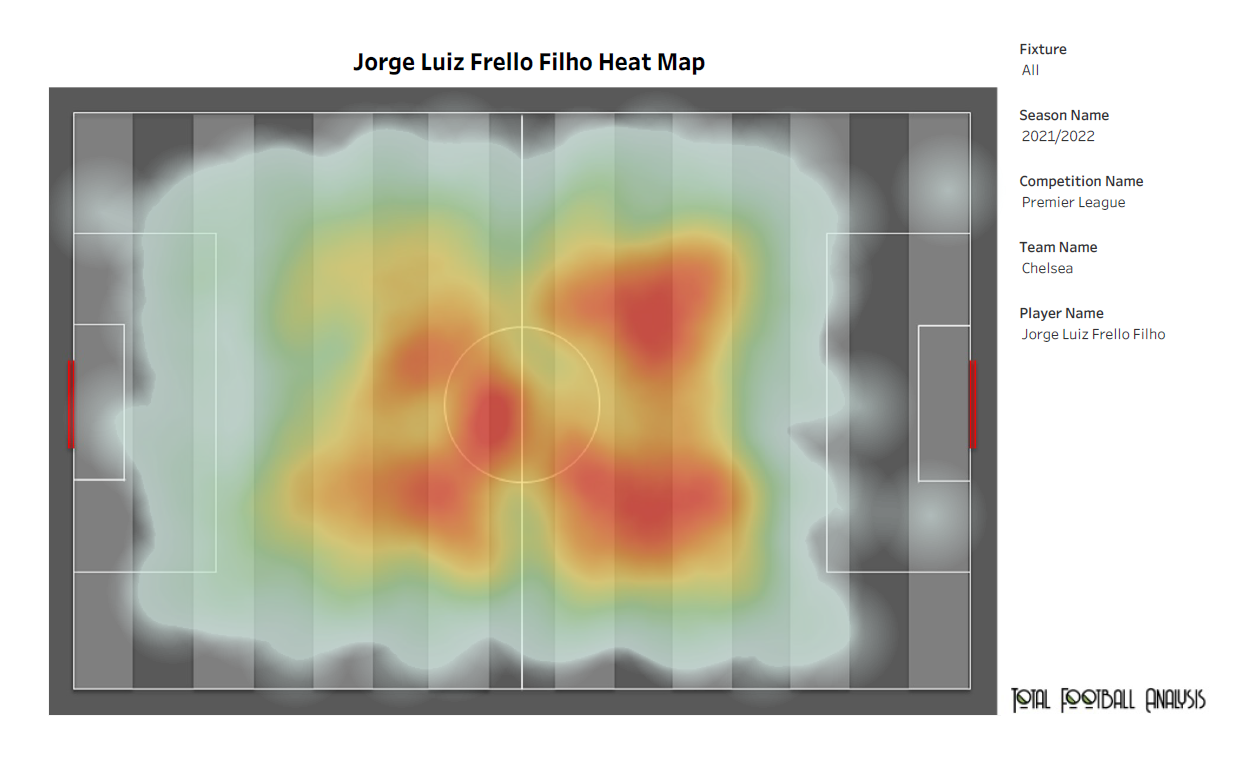 The above viz displays Jorginho’s areas of activity on the pitch. We can see his heavy presence in both the opposition’s half and his defensive half. He can be deployed as a solo deep-lying midfielder or as part of a double-pivot. When playing in a double-pivot, Jorginho prefers to receive the ball on the half-turn to the right of the centre before making the switch with a diagonal ball to the wide areas, or he looks to make a switch towards the left. He displays impressive awareness and vision and can be seen playing high passes from deeper positions into threatening areas in the opponent’s half. During defensive phases, the 30-year-old positions himself in front of his defensive line and looks to make interceptions. At Chelsea this season, Jorginho has been deployed alongside N’ Golo Kante or Mateo Kovacic, with Jorginho dictating the play from deep areas. 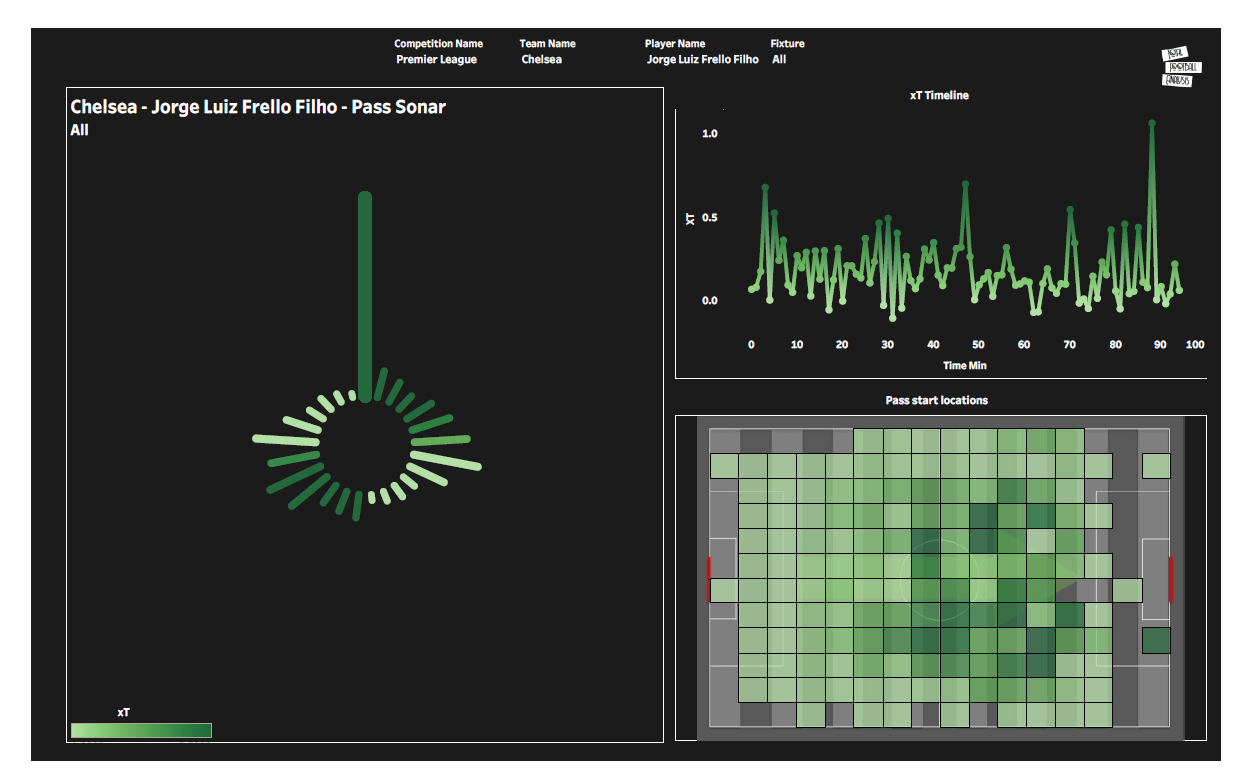 The above ‘pass sonar’ highlights the directionality of Jorginho’s passes. Most of his passes are sideways as he plays an important role in recycling possession, acting as a metronome in the midfield. The Italian international is adept at receiving the ball under pressure, looking to move the play in the forward areas when the opportunity arrives. In the above viz, we can see the locations of his threatening passes in the opponent’s half.

Jorginho would be a suitable addition to Allegri’s squad. The Bianconeri are currently lacking an effective conductor in deep-lying midfield, and the Italian international could add another dimension to their midfield.