In the past few days, the Brazilian-born Italian and Chelsea midfielder, Jorginho, has been linked to a return to Italy, with one of the clubs interested being Juventus. The 30-year-old midfielder has previously played in the Serie A for Napoli from 2013 to 2018. With Arthur Melo linked to a move away from the Old Lady, most notably to Arsenal, the club will have to try and get a suitable replacement as quickly as possible. In this article, we will explore how Jorginho might fit in at Juventus and may solve some midfield problems. 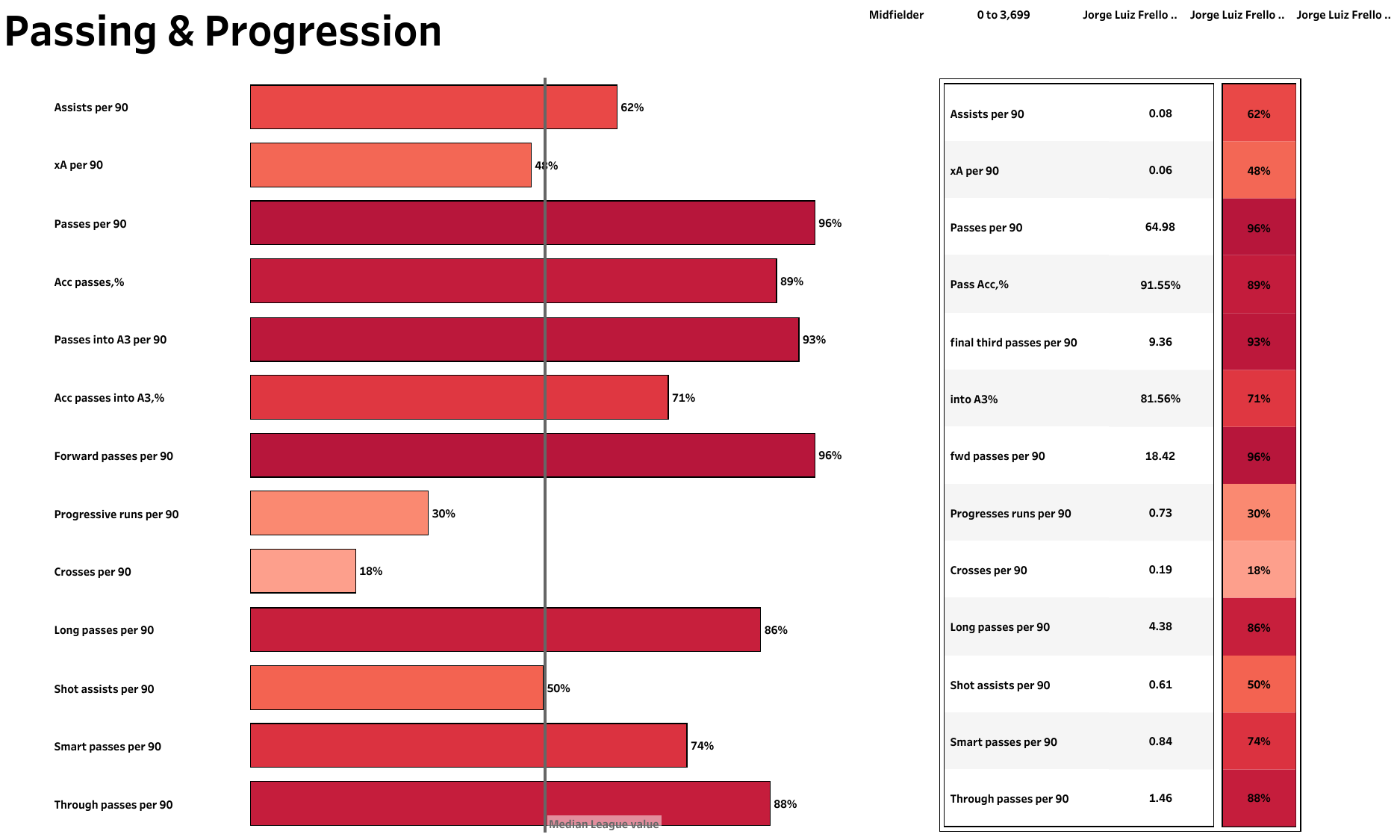 Being a defensive/central midfield metronome, Jorginho’s role is to keep the attack going and not facilitate chances. Despite this, he is a good ball progressor, completing nine passes into the final third at an accuracy of 81.56%, which ranks him in the top 10%. Jorginho completes around 65 passes per game, putting him in the top 4%. His overall pass accuracy is a remarkable 91.55% this season in the Premier League. The Italian has also completed 4.38 long balls per game and 1.46 through balls per game, both of which puts him comfortably in the upper quintile. 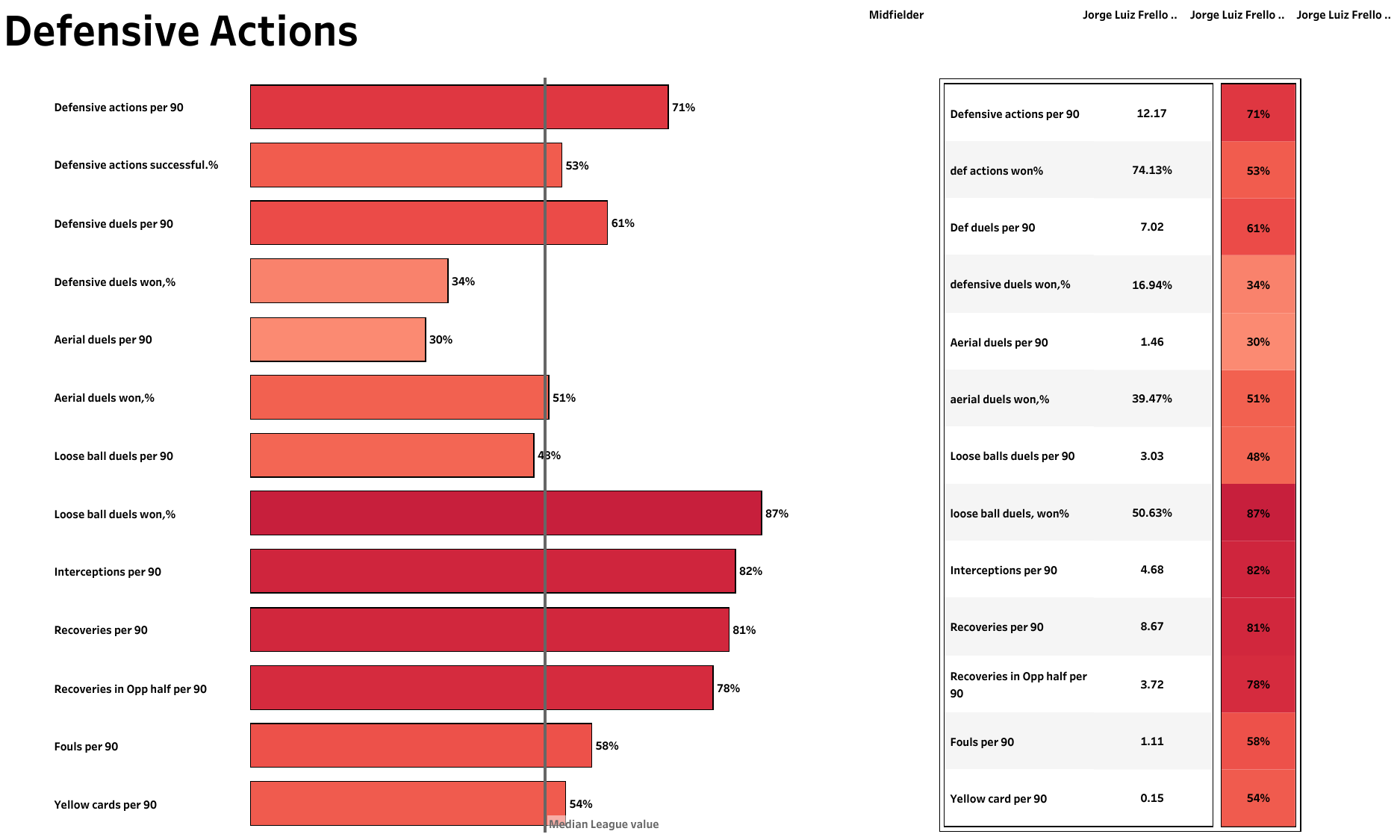 Jorginho attempts over 12 defensive actions per game, coming out successful on nearly three-fourths of the occasions. The Italian attempts over seven defensive duels per game. He is also winning 50.63% of the loose ball duels, which puts him in the top quintile. Jorginho has made 4.68 interceptions per game, 8.67 recoveries per game (both of them in the upper quintile) and 3.72 recoveries per game in the opposition’s half, which ranks him in the upper quartile. 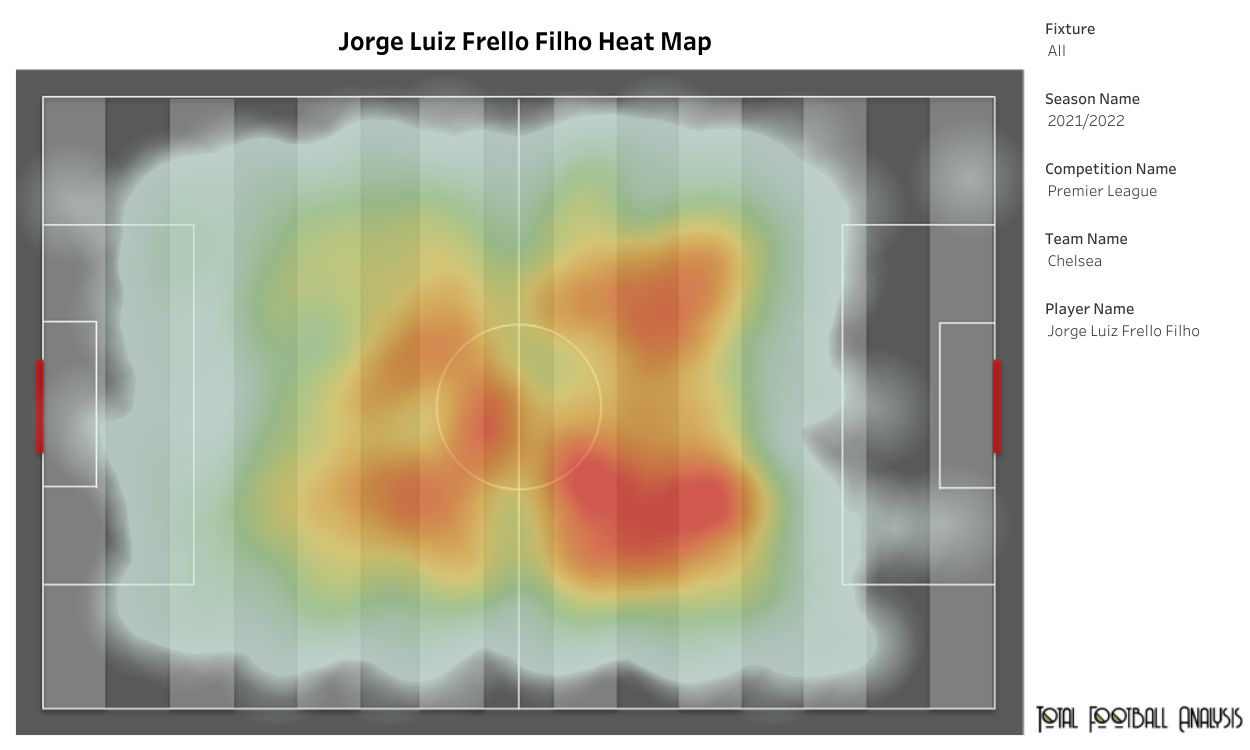 Jorginho’s heat map, seen above, may look like he thrives in the final third. The 30-year-old can progress the ball up the field when needed. But it all depends on the level of opposition. Against bigger teams like Manchester City and Liverpool, Jorginho may have operated from deep, whereas against lower-level opposition, he could have pushed higher up the pitch. 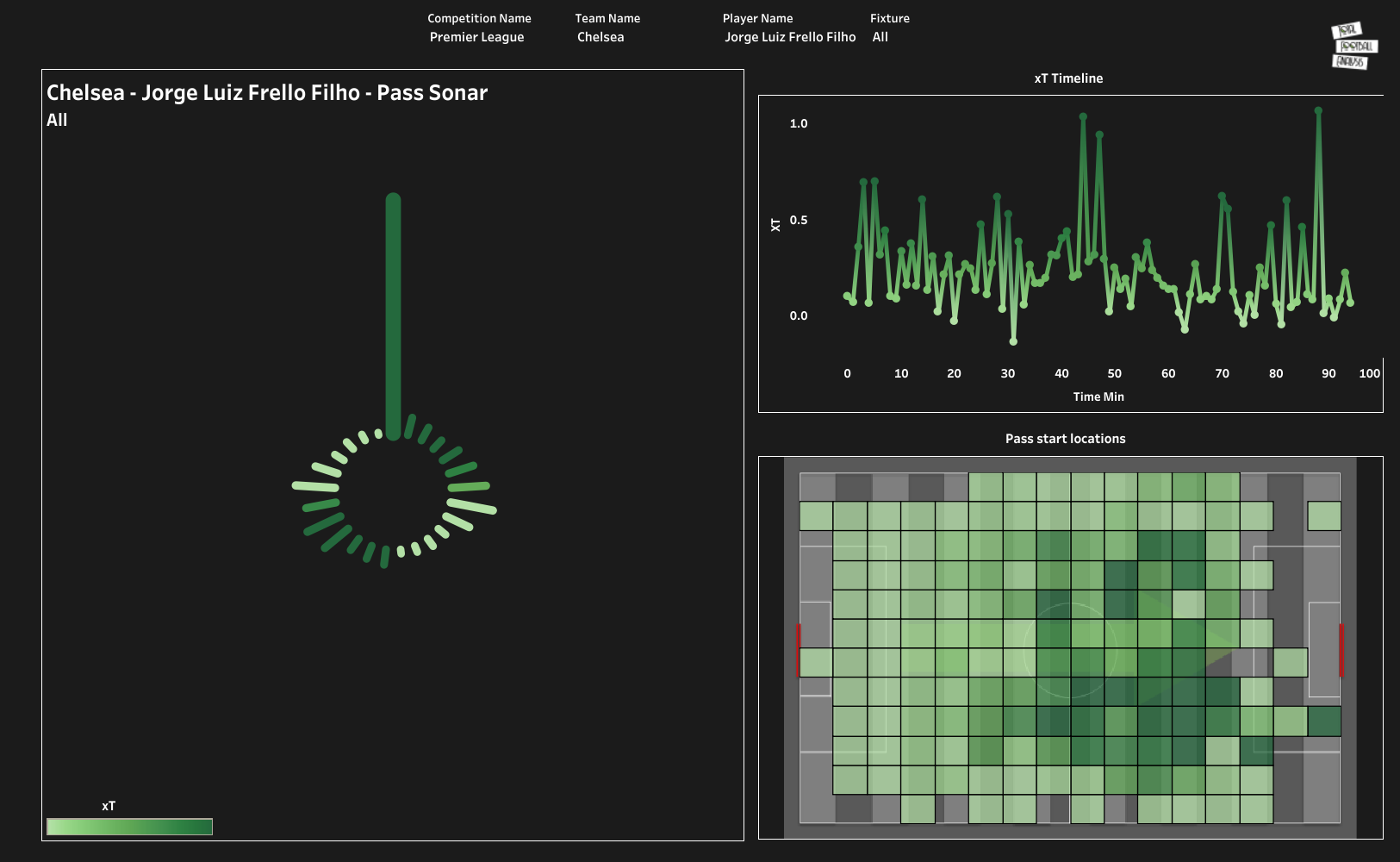 Seen above are the pass sonar, xT map and timeline of Jorginho for Chelsea in the Premier League this season. The Italian regularly creates an xT value of 0.5 or more from passes. His strongest zone is in the right-centre of the midfield. His passes into the final third increase the xT he provides.

Jorginho will be a good fit for a team that is heavy on possession and specializes in positional attacks, as opposed to sitting deep and hitting the opposition with counterattacks. With the contract of Jorginho expiring in the summer of 2023, Juventus could get the metronomic midfielder at a cut-price, and Chelsea might want to cash in, instead of losing him for free.