Since the announcement of Paulo Dybala’s probable exit from Juventus, plenty of names have emerged as potential successors for the Argentine. Joao Felix is currently one of the contenders to take Dybala’s spot at Juventus. The Colchoneros are willing to listen to proposals for the 22-year-old, who undoubtedly has several clubs behind him.

Felix made the switch to the Spanish capital in 2019 for a ground-breaking fee of 127 million euros. He has a contract that ties him to Atletico until 2026. This season, the former Benfica man has contributed 10 goals and six assists in his 35 appearances in all competitions so far. Joao Felix has featured in eight UEFA Champions League games this season, with one appearance from the bench. He has scored a goal and has an assist to his name. 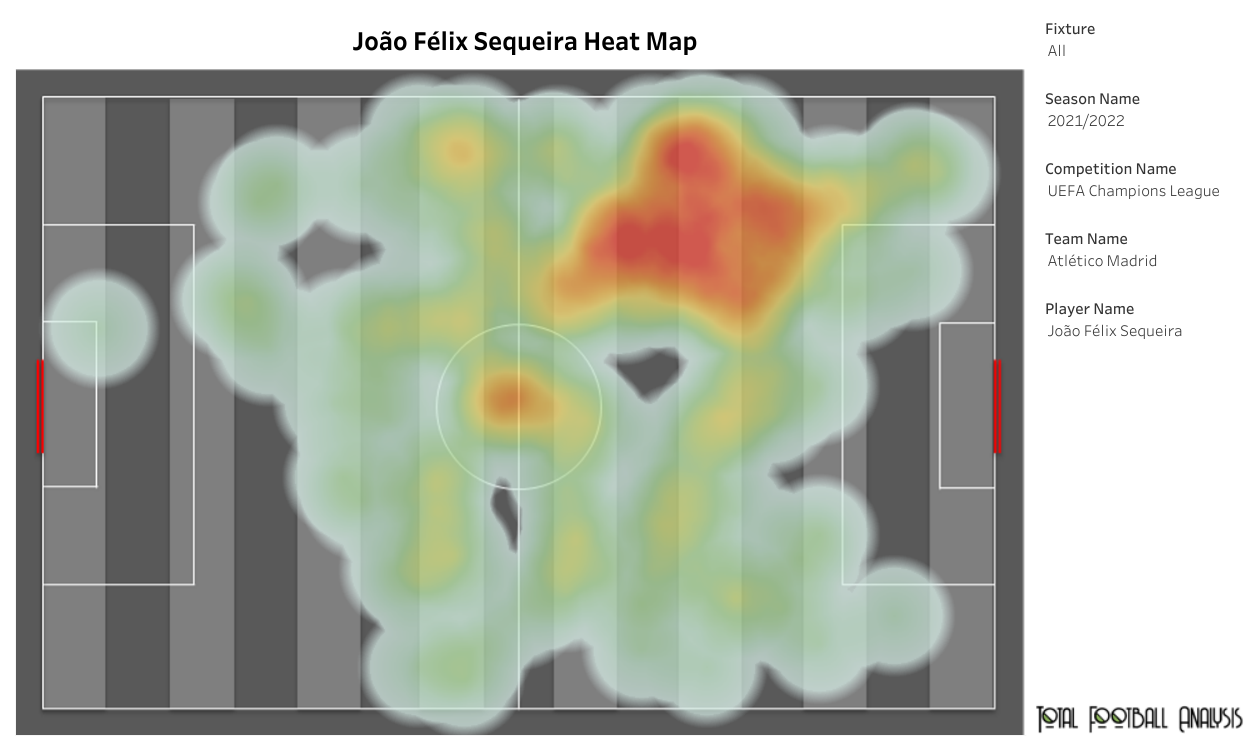 Atletico Madrid usually play with two strikers at the top of the attack, and Felix has featured as the left forward among the two. The above heat map shows that Felix has preferred drifting towards the left side and has taken wider positions on that side. He has been flexible with his positioning and has also featured on the right side.

The above comparison chart shows us the attacking metrics for Paulo Dybala and Joao Felix. Dybala has always preferred to play as a second striker in a front two. Felix has played as a second striker under Simeone at times and has the ability to do so. The above visual indicates that both players have similar stats in the final third, but Dybala has a higher xG per 90 minutes. Felix has not been able to hit it off in front of the goal this season but has shown that he has the potential to do so. Juventus have a more attacking style of play, which will suit Felix, if he does move to Turin. 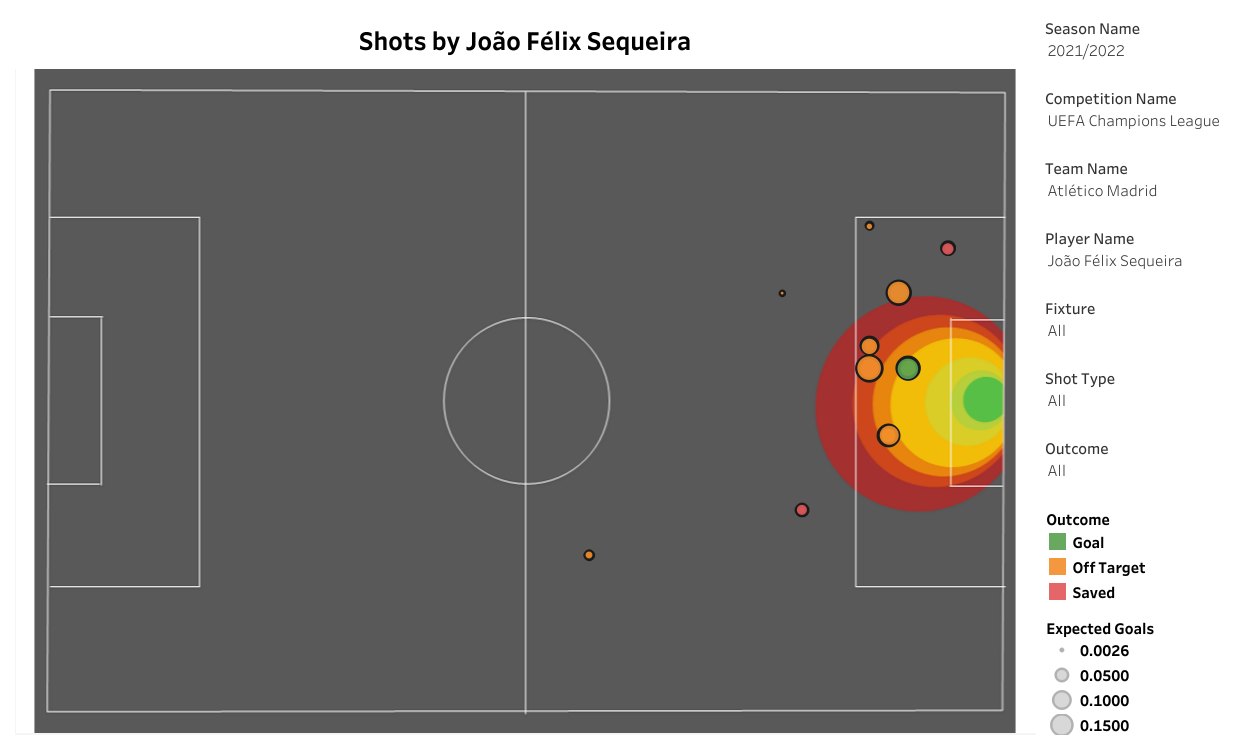 Joao Felix has attempted ten shots and has managed to hit the target four times. The above shot map shows that he has attempted seven shots from inside the opposition’s penalty box. Of these six shots, two were on target. He had his best game of the Champions League against Manchester United when he scored a flying header to give his team the lead. He attempted five shots against Manchester United with a 20% shot accuracy rate.

Felix is a crucial part of Atletico’s squad, but Juventus could pursue him to join them. The Portuguese wonderkid could be a crucial addition and might lead the attack next season.