It has been common knowledge for a while now that Juventus hierarchy has been looking for a replacement for captain Giorgio Chiellini. The 37-year-old defender has been in the back-end of his career for quite some time now and has sustained multiple injuries in the current season. Recently, the Italian defender was forced to come off due to a calf injury that will keep him out of action till March.

For about 10 years now, Chiellini’s name has been synonymous with the Old Lady’s backline. The veteran defender has been a pivotal part of Bianconeri’s defense, winning nine Scudetto’s with the club during that spell. Despite his recent injury record, Chiellini has been included in the starting XI when he is fit. Amidst growing concerns of Matthijs de Ligt’s future at the club, Juventus hierarchy would need to prioritize signing a suitable replacement soon.

Last season, Chiellini was limited to 17 appearances in the Serie A and three in the Champions League. In the current campaign, the 37-year-old has made 13 appearances in the Serie A and just one in the Champions League. The Bianconeri have an important Champions League Round-of-16 match against Villareal coming up, and it is unlikely that Chiellini would play a part in the game. Although Leonardo Bonucci is nearing his return, Juventus are surely going to miss their captain’s extensive experience and leadership on the pitch.

Let’s take a look at his stats from the Champions League to gauge whether Chiellini should step down as Juve’s main centre-back. 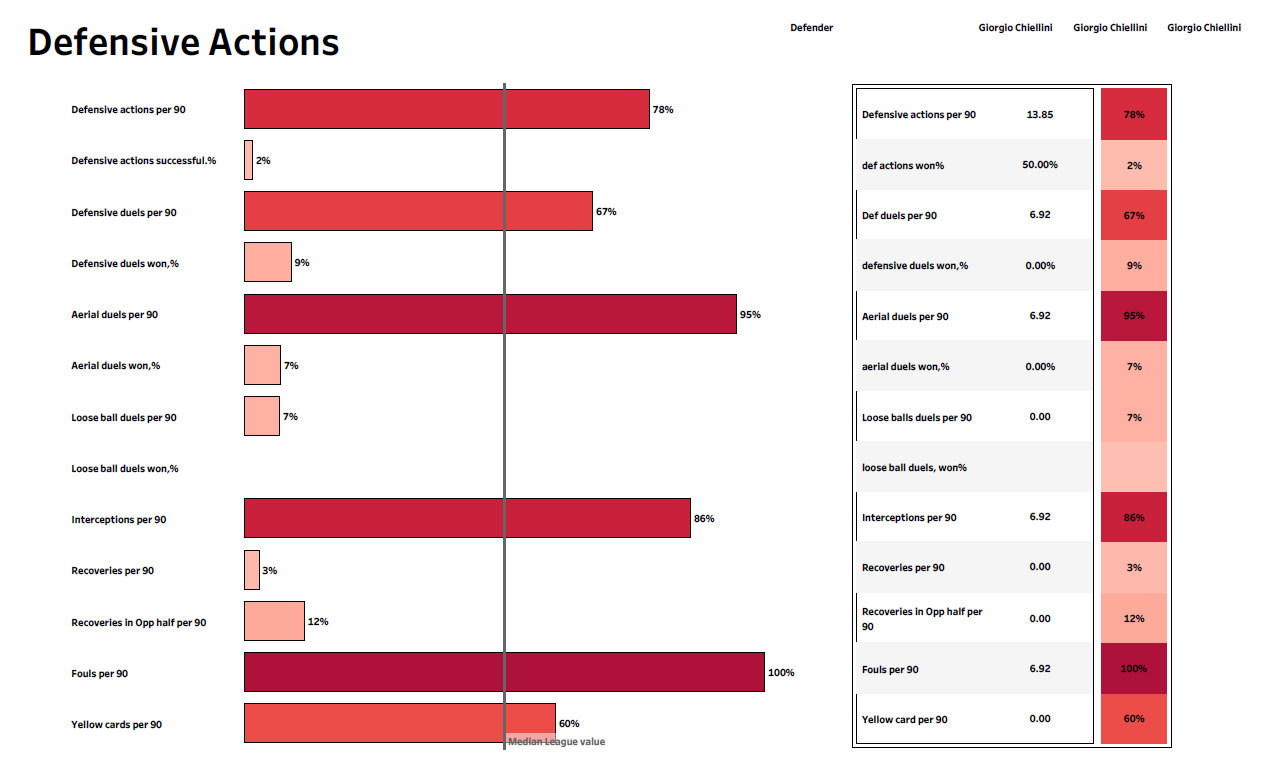 Although he was limited to just one appearance in the Champions League, Chiellini’s defensive stats were average. While his average defensive actions, defensive duels, and aerial duels are above the league median, the centre-back’s success rate in those duels was poor, as indicated in the above viz. The veteran defender is excellent in the air and is a constant threat during the set-pieces. He has been known for his anticipation, commitment, and awareness. The 37-year-old is a calm presence in Juve’s backline and is capable of organizing the defense. As a leader on the pitch, Chiellini sets the tone for his side. 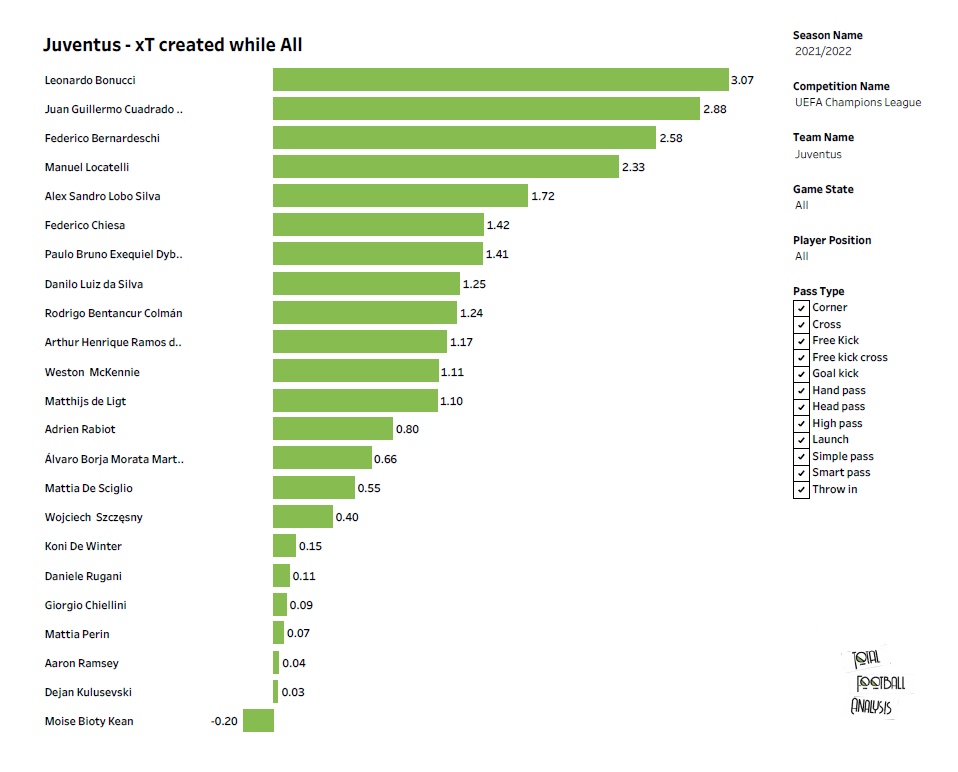 In the above viz., we can see the overall threat created by Juventus. We can also see the locations on the pitch where the player has created a threat or received threatening passes. Although his limited appearance does not justify the assessment of the defender, Chiellini is an adept passer of the ball and is capable of carrying the ball out from the back to aid his side’s build-up play. The veteran defender utilizes his intelligence, in addition to his physical strength, to deny space to the opposition player. Over the years, the left-footed defender has utilized his vision to great effect, capably deciding whether to go for a challenge or a block.

Deep in the twilight of his career, Chiellini has struggled with several injuries over the past three seasons. While his immense and extensive experience at the back has been reassuring for the Bianconeri fans for over a decade now, it is high time now for the veteran centre-back to step down as Juve’s main centre-back.