This summer, Juventus are in a tricky situation with the forwards at their disposal. Paulo Dybala and Federico Bernadeschi have already confirmed that they will be leaving the club, while Alvaro Morata’s future remains up in the air as to whether his loan deal would be made permanent or would he be allowed to return to his parent club, Atletico Madrid. A few weeks back, the Old Lady were linked with a move for Arsenal’s Gabriel Martinelli, which would see Arthur Melo move in the other direction. In any case, before the start of the 2022-23 season, Juventus need to sign at least one attacker to compliment Federico Chiesa and Dusan Vlahović. In this article, we will dissect whether Martinelli could be a good signing for the Bianconeri. 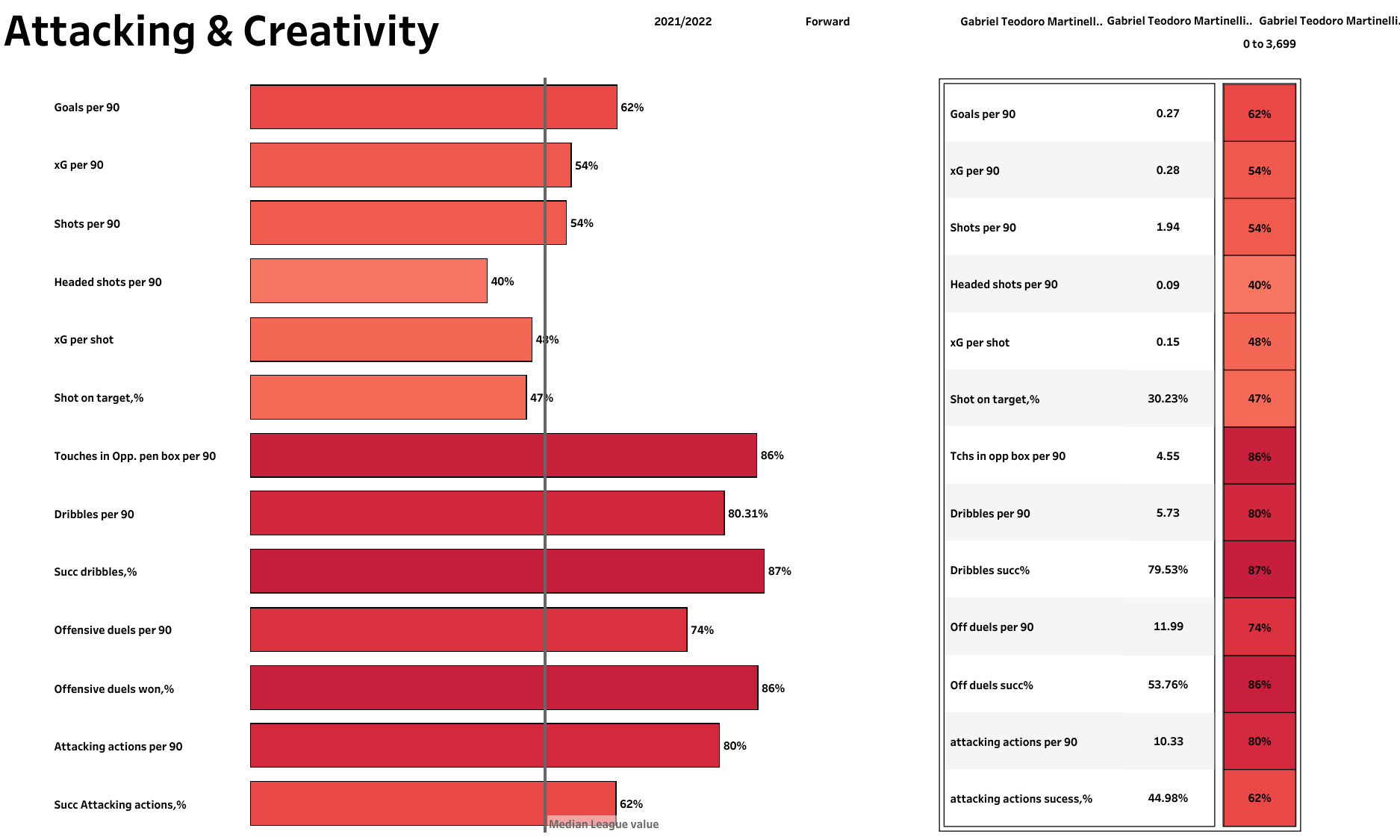 Martinelli made 29 appearances for Arsenal in the recently concluded 2021-22 Premier League season. Of these, 21 were starts, and he played 1,860 minutes for the Gunners. In that game-time, the Brazilian scored six goals at a rate of 0.27 per 90. It was marginally lower than the 0.28 xG per 90 estimated. Martinelli fired off 1.94 shots per 90 and hit a shade over 30% of his attempts on target. However, Martinelli shone best as a flair player as he attempted 5.73 dribbles per 90 and had a success rate of just below 80%. He also made 4.55 touches in the opposition’s penalty area per 90. The 20-year-old also won more than half of the offensive duels he contested. 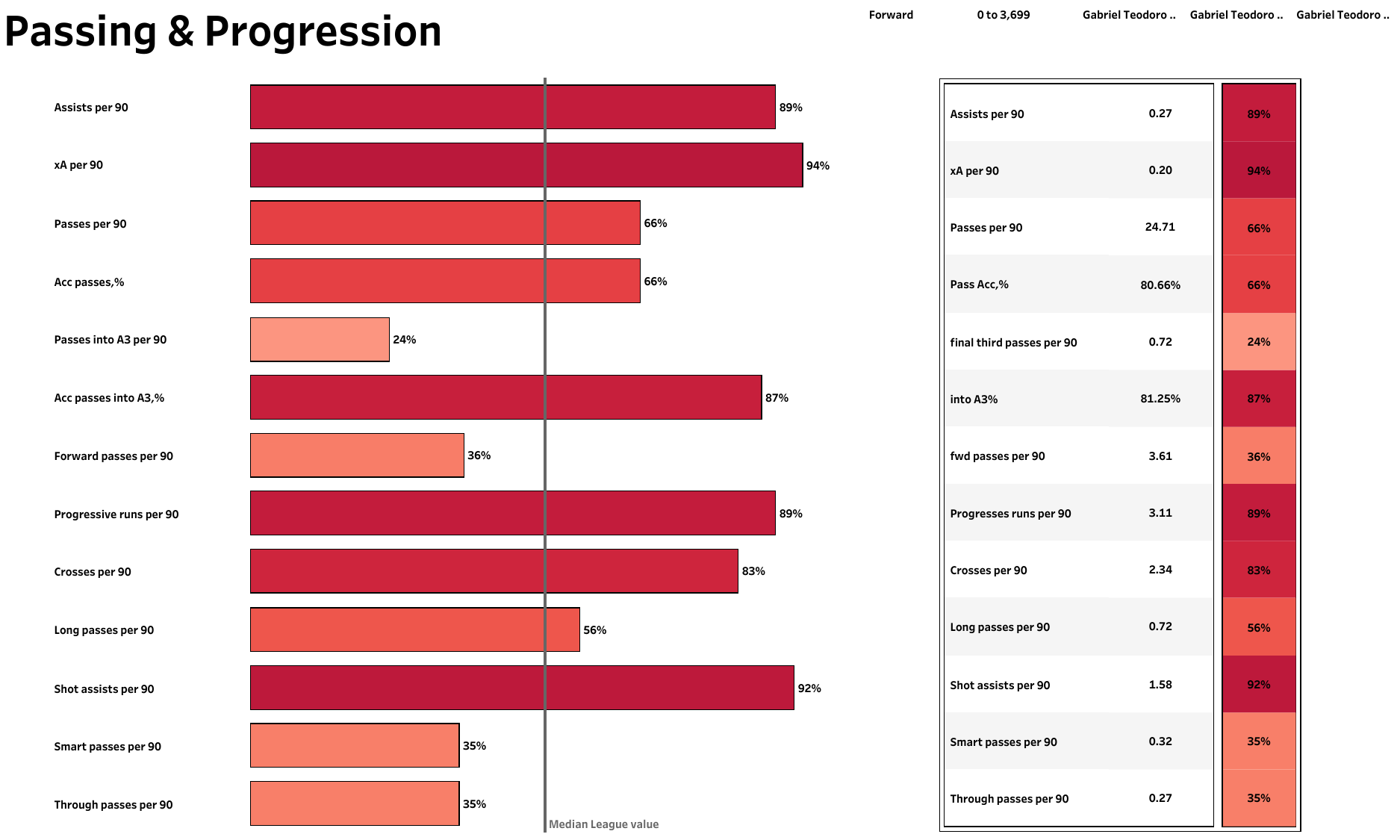 In addition to his six goals, Martinelli also provided six assists. He was involved in a goal every 155 minutes. He generated assists at a rate of 0.27 per 90, higher than the xA per 90 value of 0.2. In fact, Martinelli ranked in the top 6% of forwards in xA per 90. His pass accuracy into the final third was at a highly respectable 81.25%, putting him in the upper quintile of forwards. Additionally, Martinelli made 3.11 progressive runs per 90, 2.34 crosses per 90 and 1.58 shot assists per 90, where he ranked in the upper quintile of all of them. 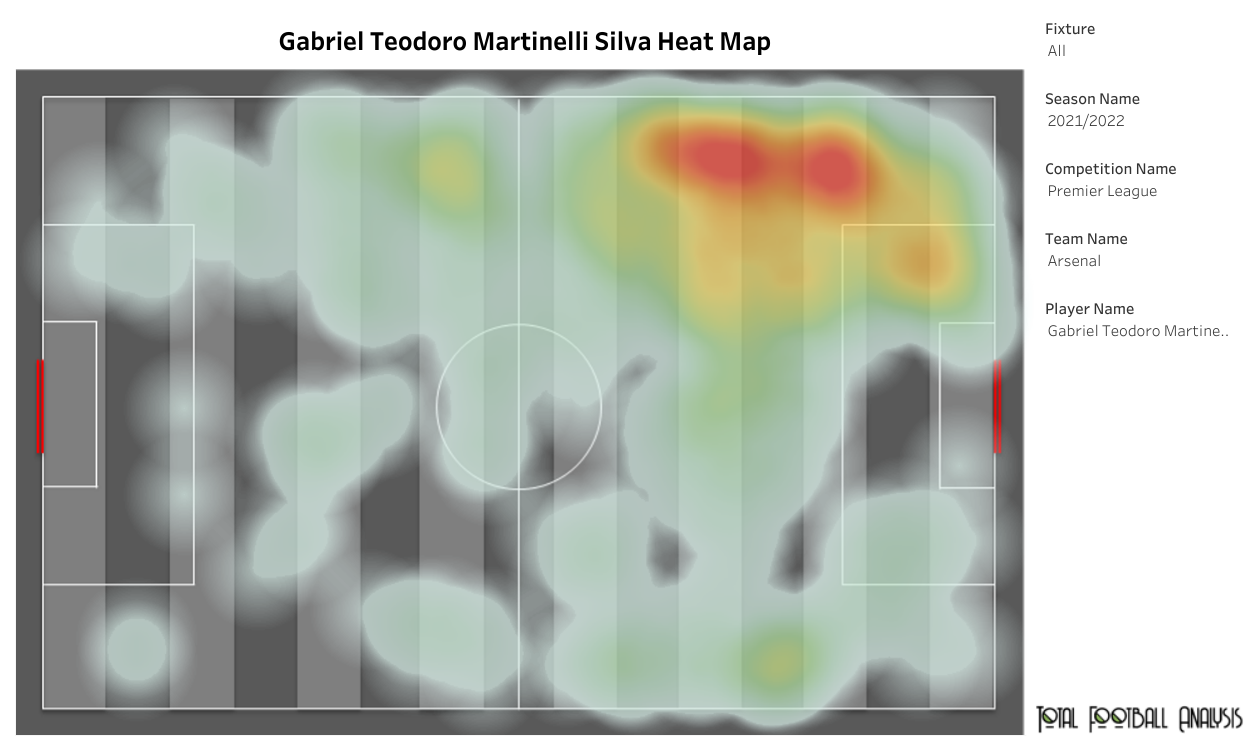 In the heat map shown above, we can see that Martinelli was highly influential on the left flank in the attacking third. With the ball at his feet, Martinelli completed seven progressive carries per 90, 1.74 carries into the final third per 90 and 1.84 carries into the penalty area per 90. The Brazilian found himself in space in advanced positions, receiving 6.71 progressive passes per 90.

In the above visual, we can see that Martinelli has been the primary threat creator for Arsenal from the left-hand side of the pitch. His average xT score hovered around the 0.7 to 0.8 mark, occasionally touching 1.5.

Gabriel Martinelli would be the ideal left-winger for Juventus to complement and link-up with Dusan Vlahović and Federico Chiesa. However, Arsenal will not let go of the player so easily and will probably demand either an extra transfer fee or Arthur Melo. So, Juventus may need to make extra efforts to sign the Brazilian youngster.