Federico Chiesa has been a revelation for Juventus ever since he was signed on a loan deal from Florentina in 2020. He has scored 18 goals and 14 assists in 62 appearances for the Old Lady and earned his permanent place in the club when the club activated the purchase option from Florentina. But the Italian winger was out with a torn ligament in January and made his comeback against PSG in the final group stage match of the UEFA Champions League. With many players leaving in the summer transfer window, Juventus was already lacking in attacking options, and Chiesa’s injury added salt to the wound.

As Federico Chiesa is making a comeback into the side wearing the iconic number seven jersey, we take a look at some stats to understand the effects his absence has had on Juventus. 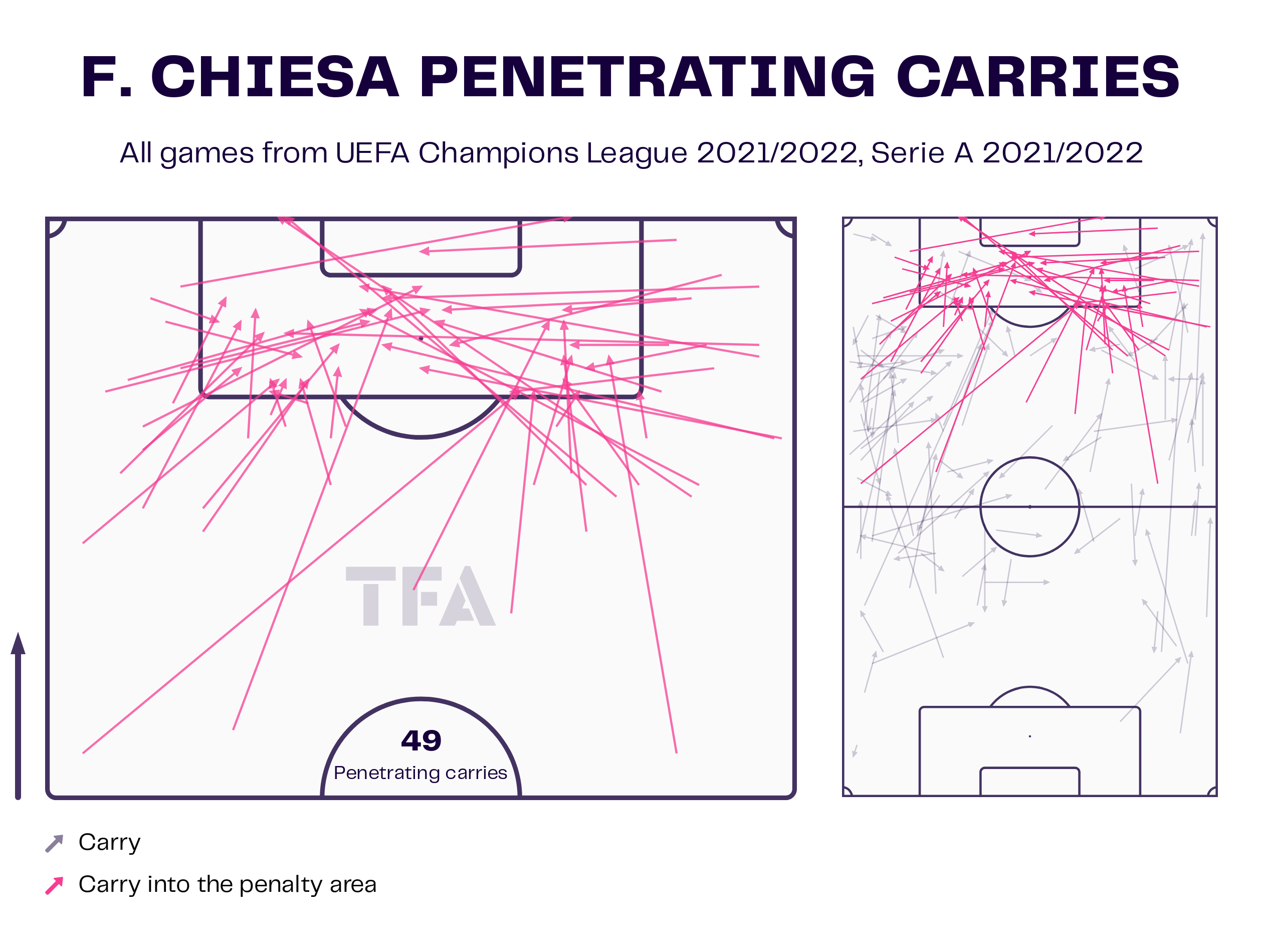 Last season, Federico Chiesa had 49 penetrating carries for Juventus. On average, he had 7.08 dribbles per game with a 56% success rate. The Italian winger also had 2.73 progressive runs per game. His line-breaking runs were important for the Old Lady to create chances, and he had an average of 0.19 assists per game. He also registered two goals and one assist in the UEFA Champions League before he got injured. Chiesa had an average of 8.55 dribbles per game in the Champions League last season. There is no doubt that Juventus missed his buccaneering runs through the flanks. 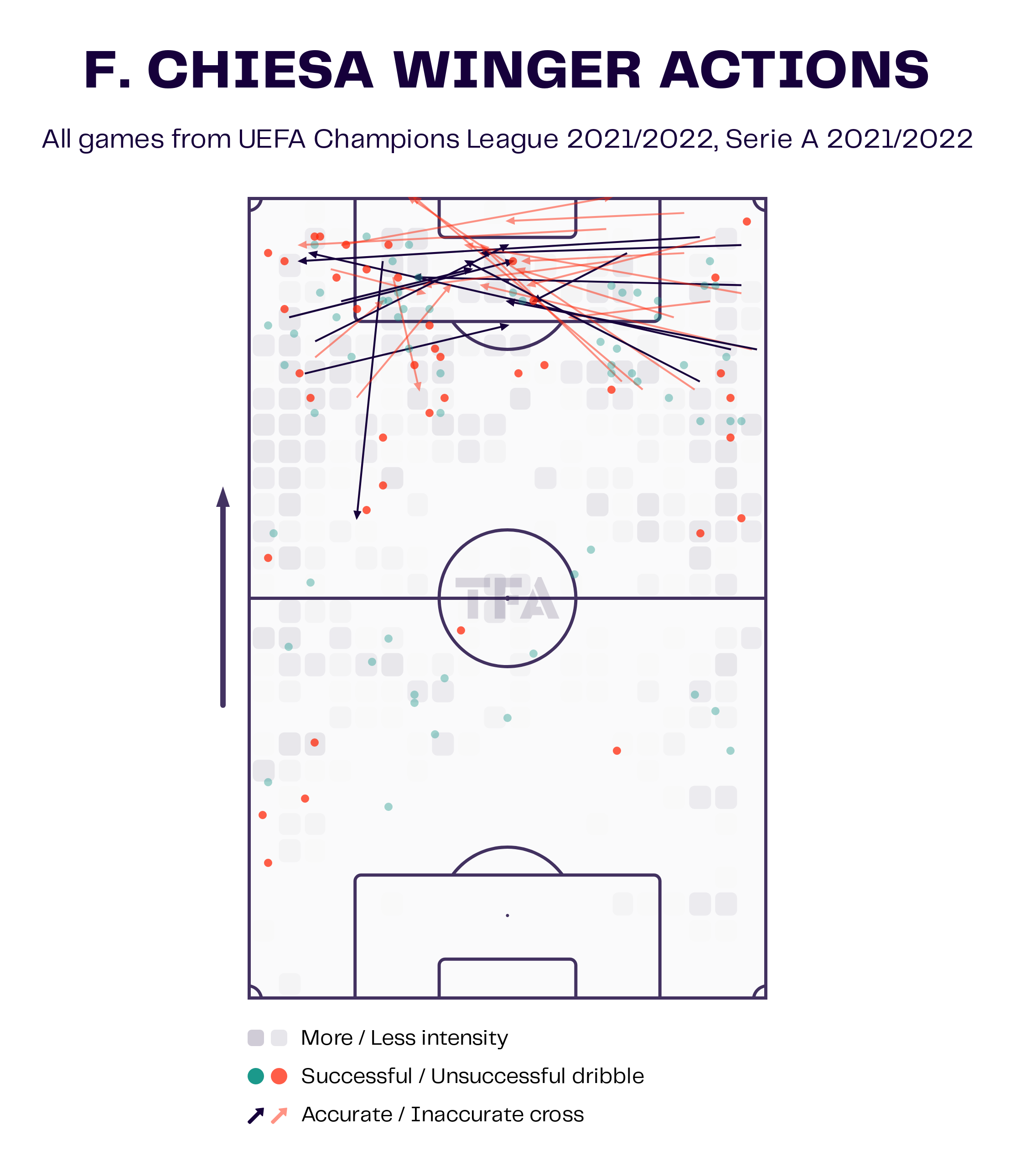 Federico Chiesa was a constant menace on the wide flanks and provided good crosses into the box. He has an average of 2.3 crosses per game, and with the likes of Alvaro Morata and Cristiano Ronaldo in the middle, these crosses were clear goal-scoring opportunities. His presence, combined with Angel Di Maria’s creative vision, would have given an entirely different look to the Juventus offence this season. 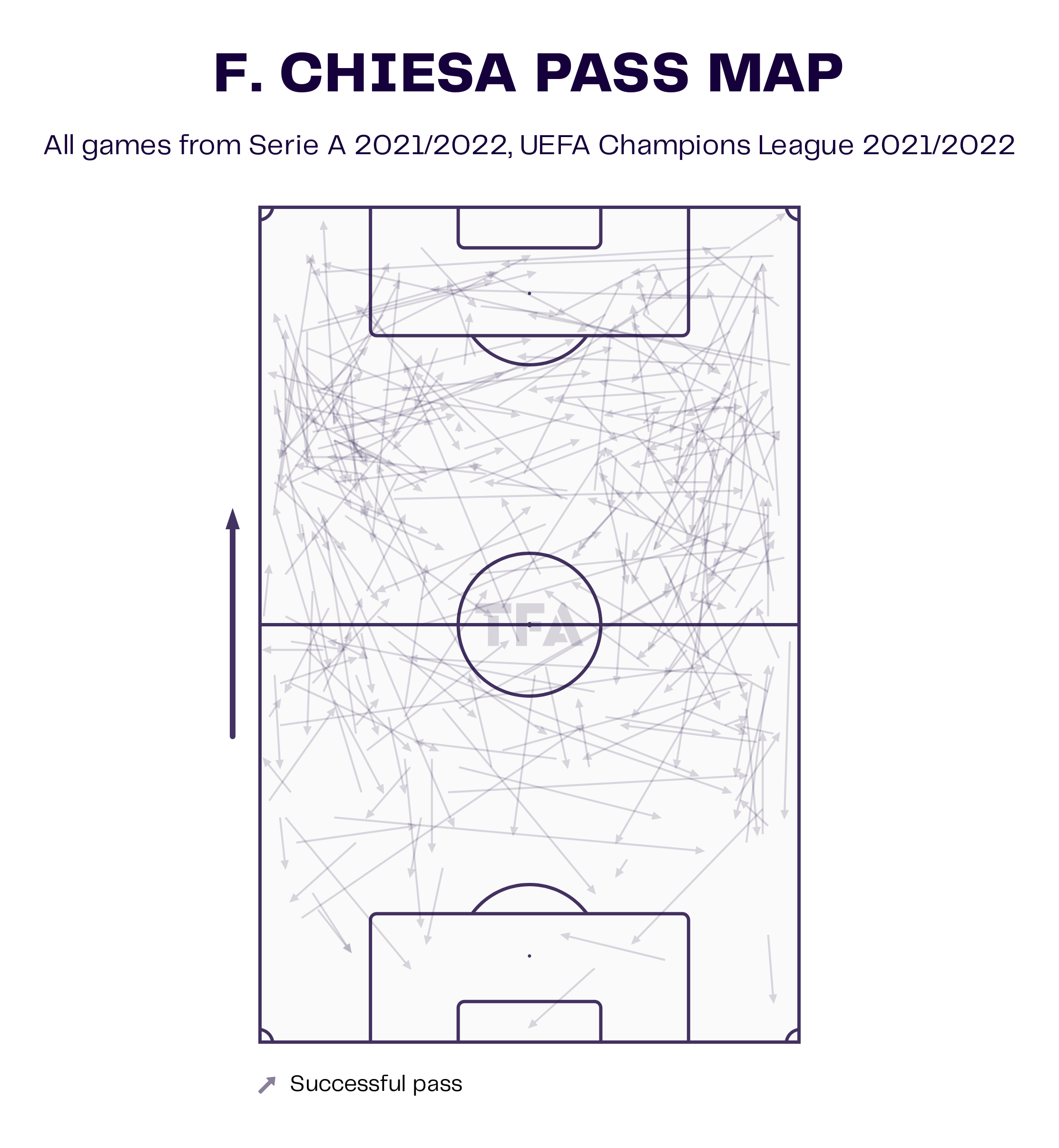 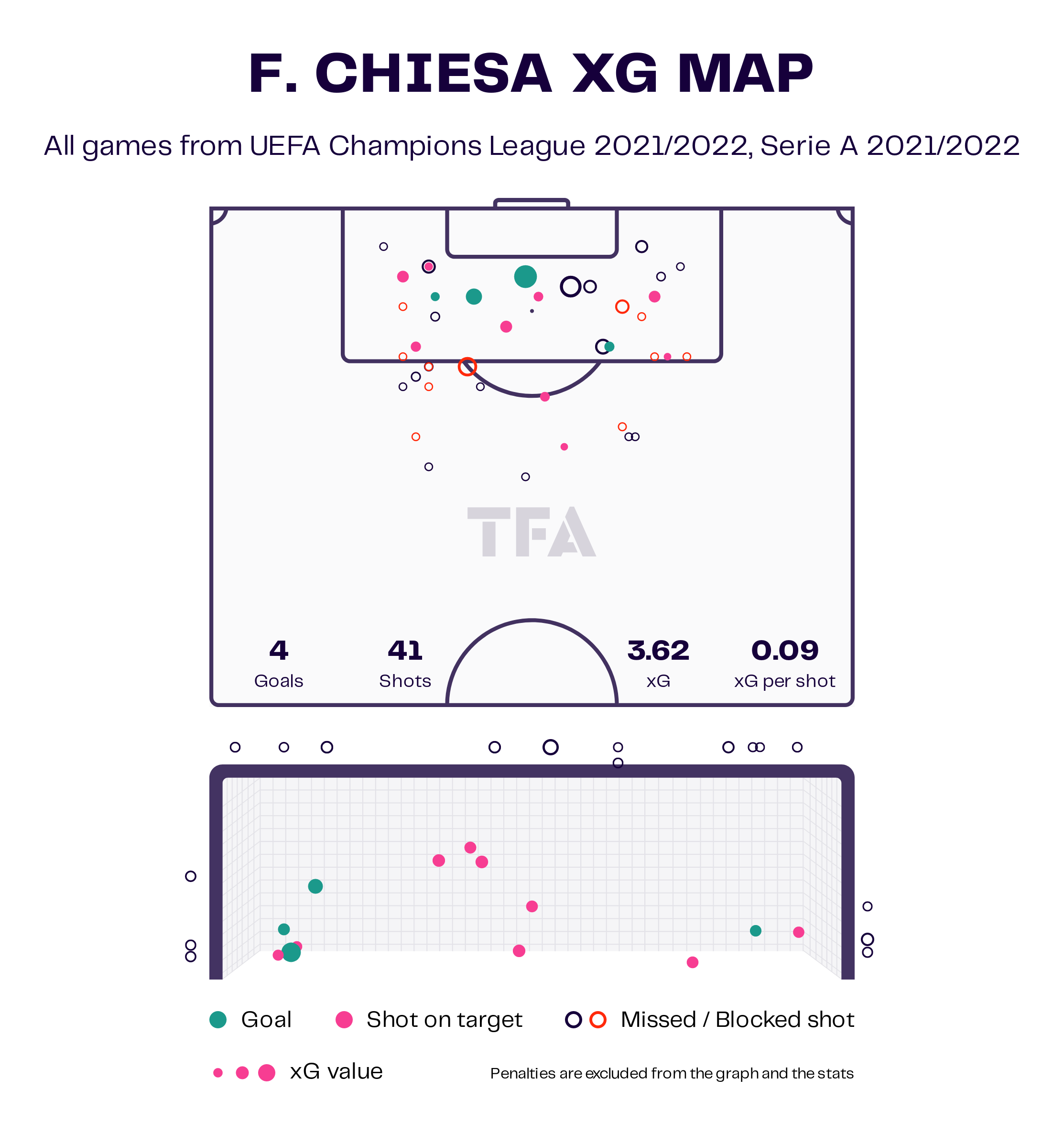 The Italian Internationals’ goal contributions were missed by Juventus, as they only managed to score nine goals in six matches. He scored two goals each in the Champions League and Serie A last season before his season was cut short due to injury. He has an xG of 0.26 and averaged 0.54 goals per game last season. He had an xG of 0.31 and 0.61 goals per game in the Champions League the season before that. He has so far scored six goals in the competition, and it’s only fair to say that Juventus missed his finishing touch in the final third. He also has an average of 4.66 touches in the penalty box. Chiesa played a crucial role in Italy’s successful Euro 2020 campaign as well.

Federico Chiesa has a killer instinct in front of the goal, which is exactly what Juventus was missing. They had their chances but didn’t finish them. Federico Chiesa’s comeback into the starting eleven is good news for Massimiliano Allegri, as they are on their way to the Europa League for the first time since 2013. Although he is not fit to start the matches as of now, Italy’s absence from the World Cup will give him enough time to get match-fit for the remaining matches of the season.