Having let go of Paulo Dybala, Federico Bernadeschi and Alvaro Morata (who returned to Atletico Madrid after his loan spell expired), Juventus are woefully short of quality attackers. Right now, only Federico Chiesa and Dusan Vlahovic are the recognized attackers in the team who can perform consistently. Other players in the attacking department include Moise Kean, who is inconsistent, and the unproven Brazilian Kaio Jorge. Ahead of the start of the season, the Bianconeri need attacking reinforcements. One man who could be the ideal winger at the Allianz Stadium is the Netherlands and PSV Eindhoven’s star, Cody Gakpo. 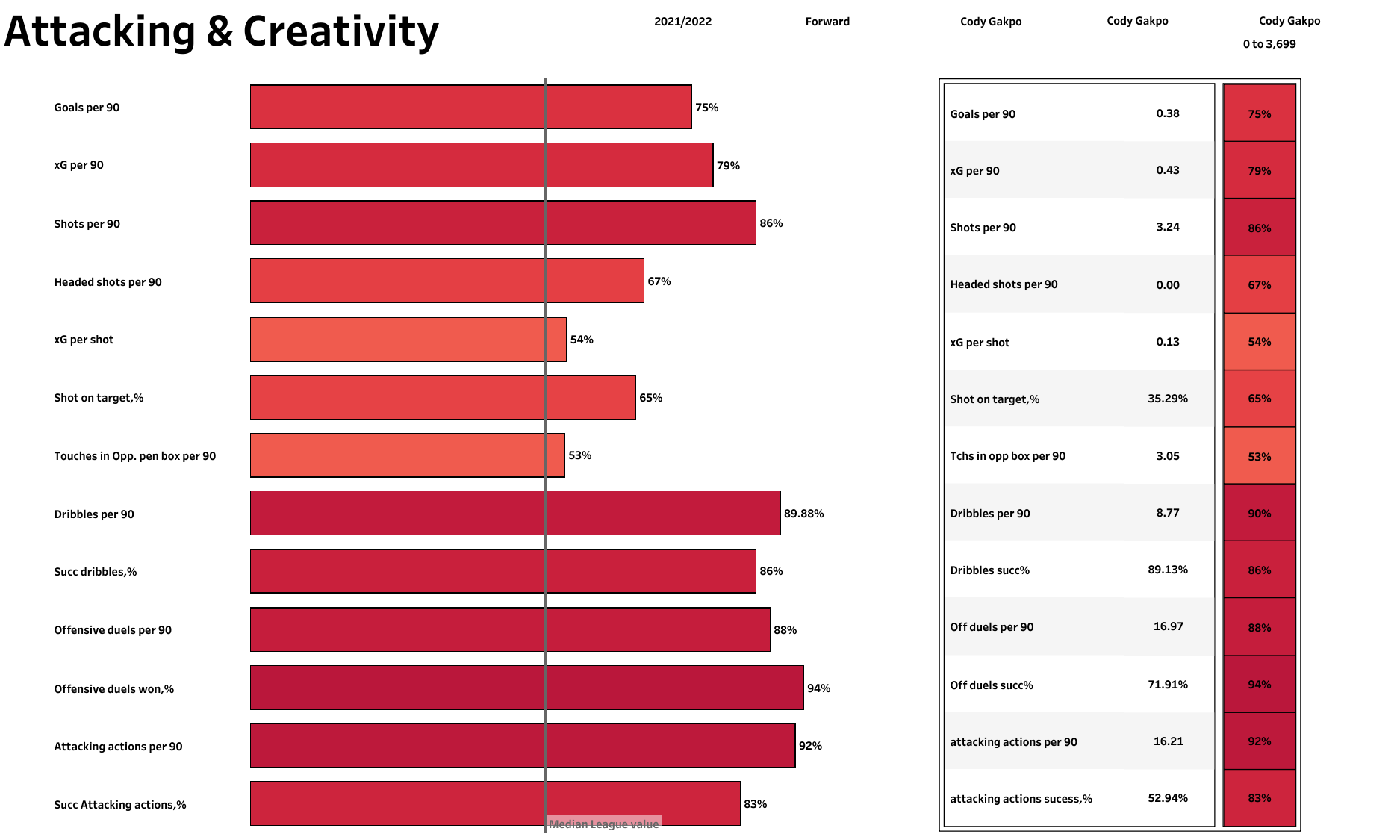 Gakpo made 46 appearances for PSV Eindhoven last season in all competitions, including six in the UEFA Champions League qualifying rounds where they lost to Benfica in the play-off round. He scored twice at a rate of 0.38 per 90, though xG estimated him to score 0.43 per 90. He attempted 3.24 shots per 90 and hit 35% of them on target. However, Gakpo’s biggest strength was his dribbling ability as he attempted close to nine per game and had a success rate of more than 89%, showing his directness in build-up. He competed in almost 17 offensive duels per 90 and won just below 72%. 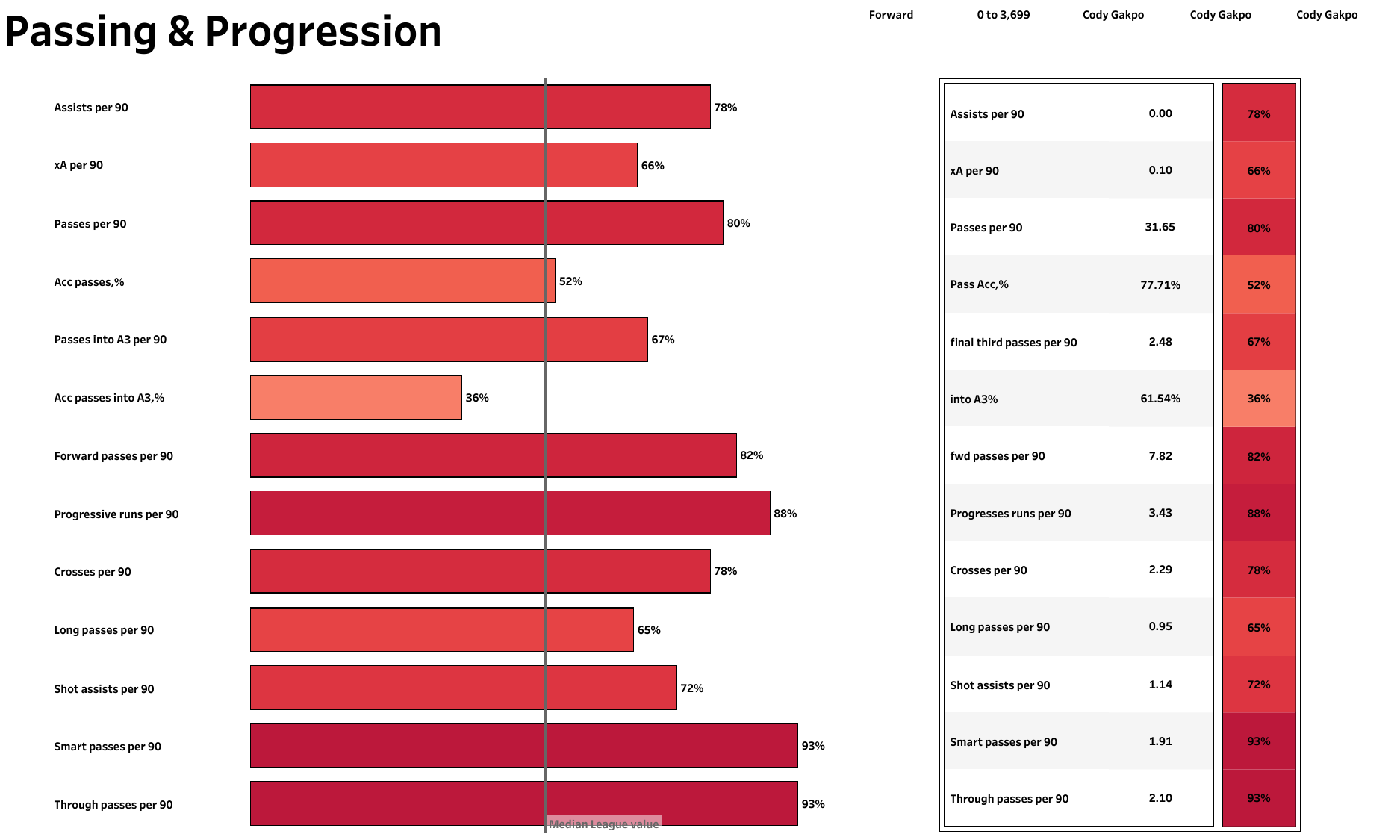 Gakpo participated in the game fairly frequently, attempting nearly 32 passes per 90 at a respectable pass accuracy of 77.7%. He made 3.43 progressive runs per 90 which put him in the top 12% of forwards. He completed 2.29 crosses per 90, placing him in the upper quartile. The Dutchman generated 1.91 smart passes per 90 and 2.1 through passes per 90, both of which ranked him in the 93rd percentile among forwards. 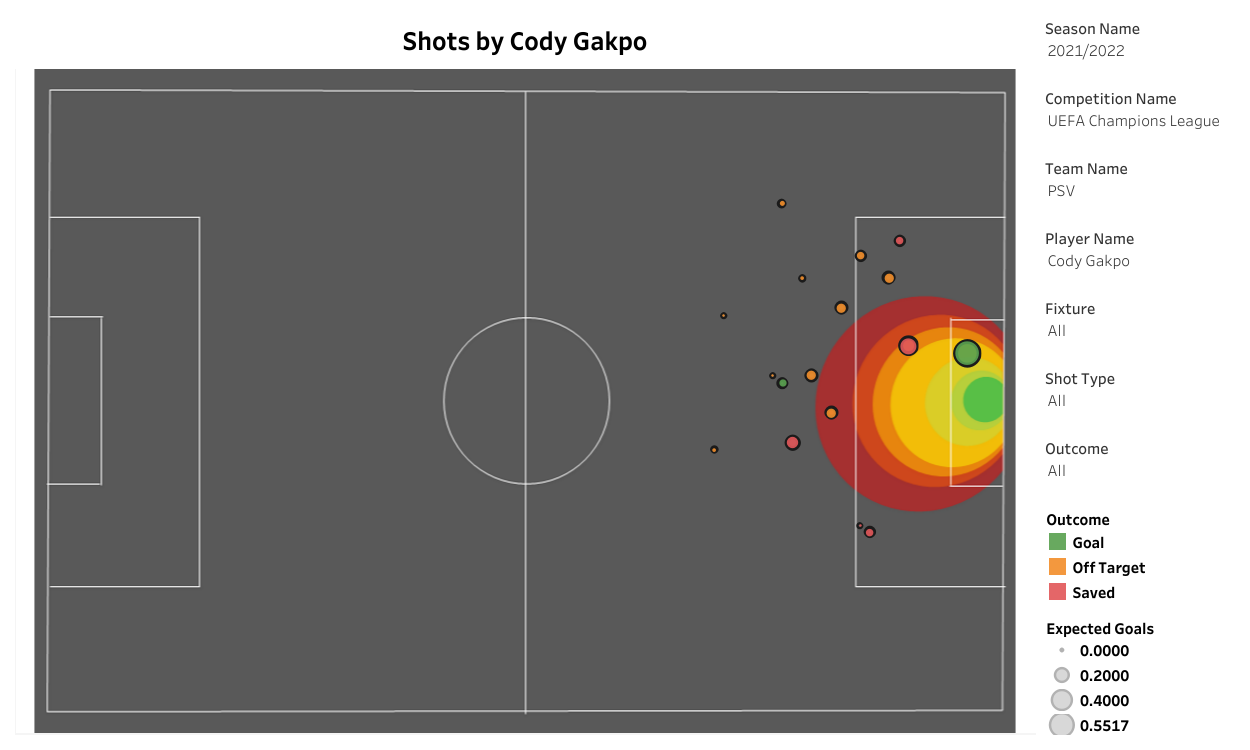 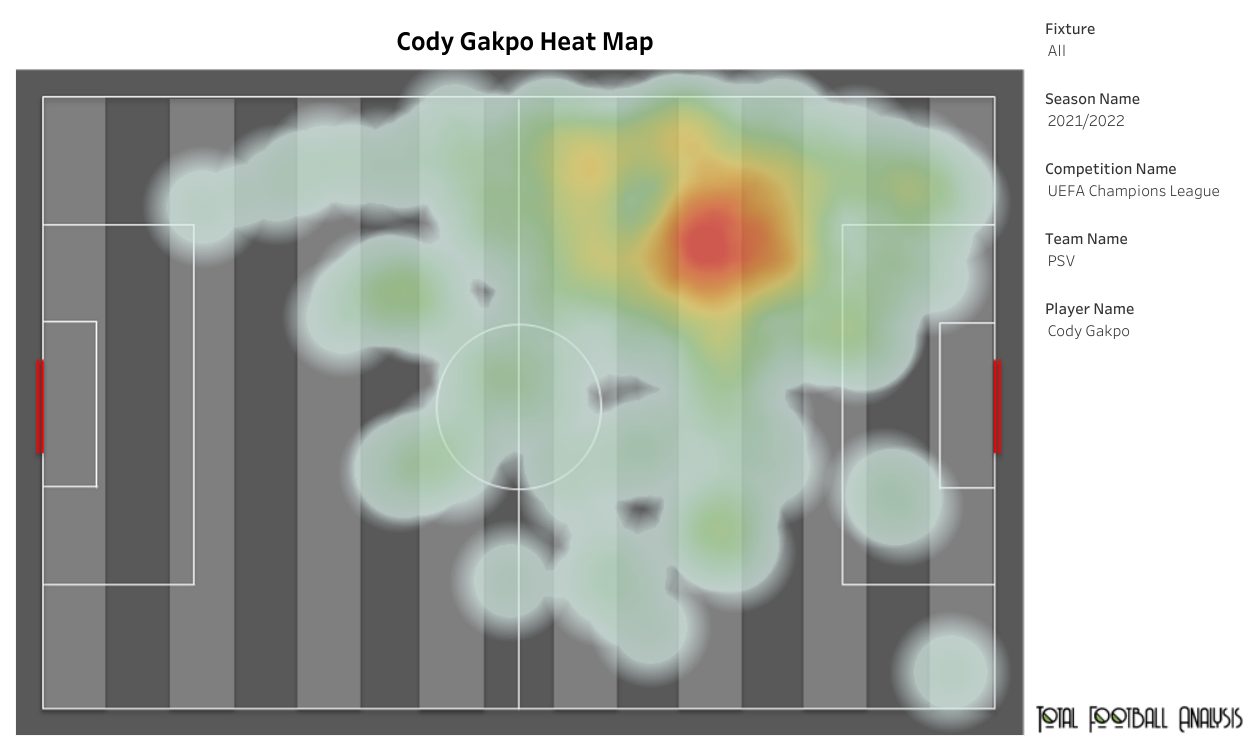 As a left-winger, Gakpo was an active man on the left hand side of the final third. He could cut inside from the flank and allow the left-back to make overlapping runs from deep, and he could also drift wide and deliver crosses into the penalty area. In the Europa League last season, the Dutchman’s directness allowed him to complete 9.2 progressive carries per 90, 2.4 carries into the final third per 90 and 1.2 carries into the box per 90.

Cody Gakpo had a goal involvement every 93 minutes across competitions for PSV last season and could be the ideal left-winger at Juventus as part of a front three featuring Chiesa and Vlahovic. However, the odds of him joining the Old Lady are low as he is being linked with a move to Arsenal.