With Giorgio Chiellini gone, Matthijs de Ligt’s future uncertain and Leonardo Bonucci aged 35, Juventus have their work cut out for them to sign defenders. Under the pairing of Bonucci and Chiellini, the Bianconeri won eight Serie A titles and reached two UEFA Champions League finals. However, since Andrea Pirlo’s only season as coach in 2020-21, and the return of Massimiliano Allegri, Juventus have had two mediocre seasons, finishing fourth on both occasions and as a result, only just qualifying for the UCL. To reinforce their defence and potentially prepare for de Ligt’s exit, Juventus have registered interest in Bayern Munich’s Benjamin Pavard. 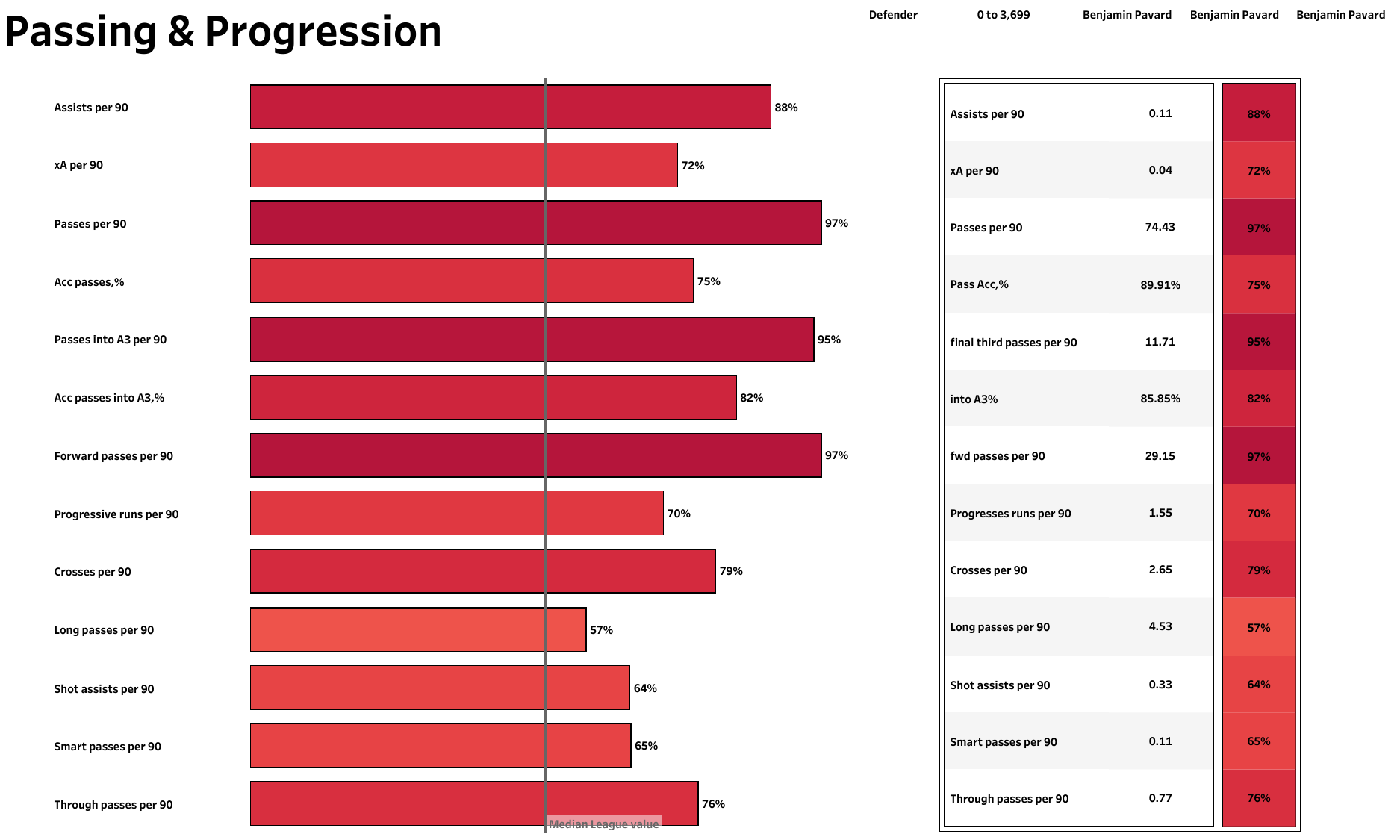 Pavard played 36 games across all competitions for Bayern Munich last season, which included all 10 in the UEFA Champions League. He made only one assist, but it was enough to outperform his xA. With 74 pass attempts per 90 and a near 90% pass accuracy, the Frenchman was very reliable on the ball with his passing. He was just as good, if not better when it came to ball progression as he completed just under 86% of his balls into the final third out of 11.7 attempts per 90. He delivered 2.65 crosses per 90, which was good enough to be ranked in the upper quartile among defenders. 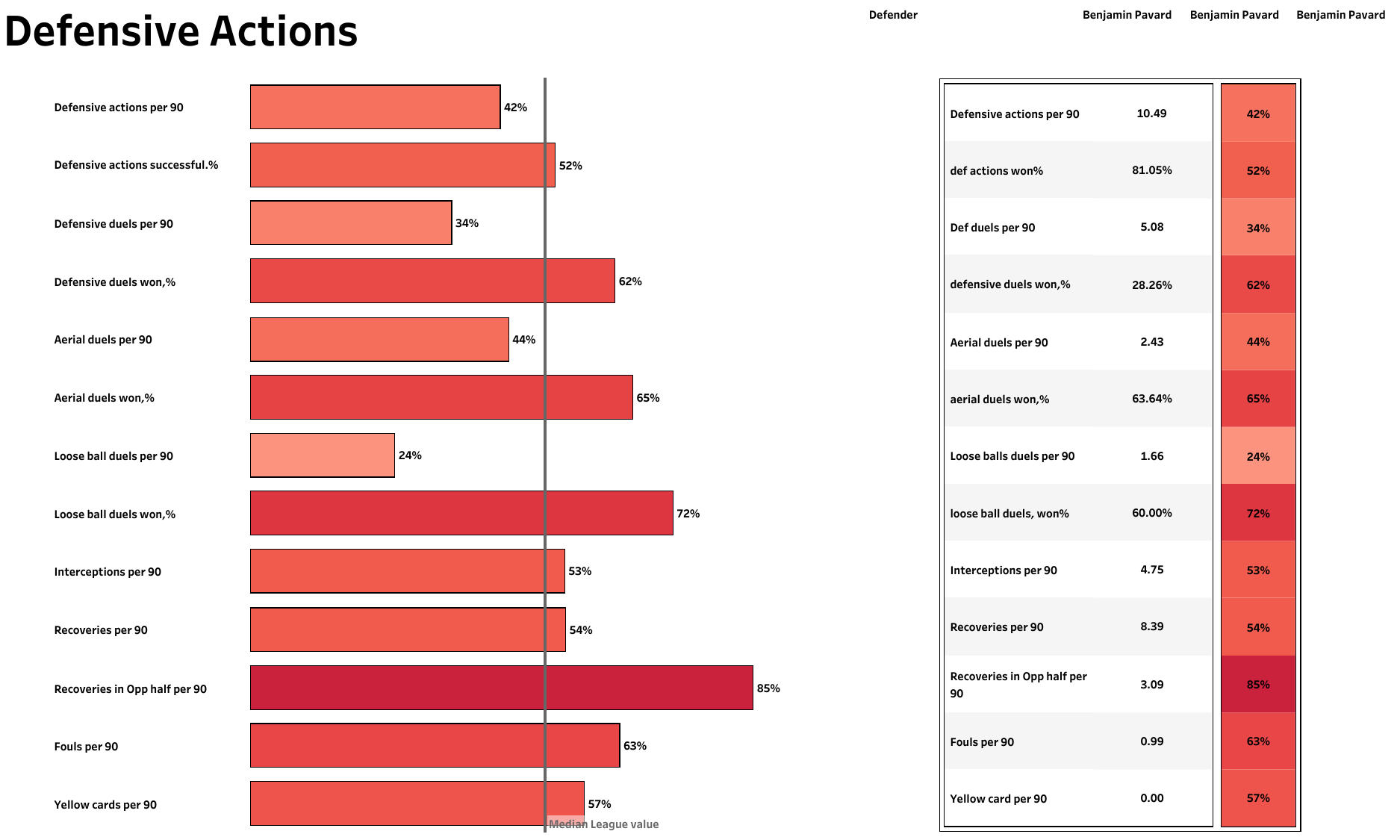 Pavard won more than 81% of his defensive actions but attempted just over 10 per 90. Similarly, his success rate for defensive duels was above average, but his number of defensive duels per 90 was below average. Using his height of 186 cm to his advantage, the former Stuttgart man won 63.6% of his aerial duels. He recovered exactly three-fifths of the loose ball battles he contested. With 3.09 recoveries in the opposition’s half per 90, he showed his ability to press higher up the field. 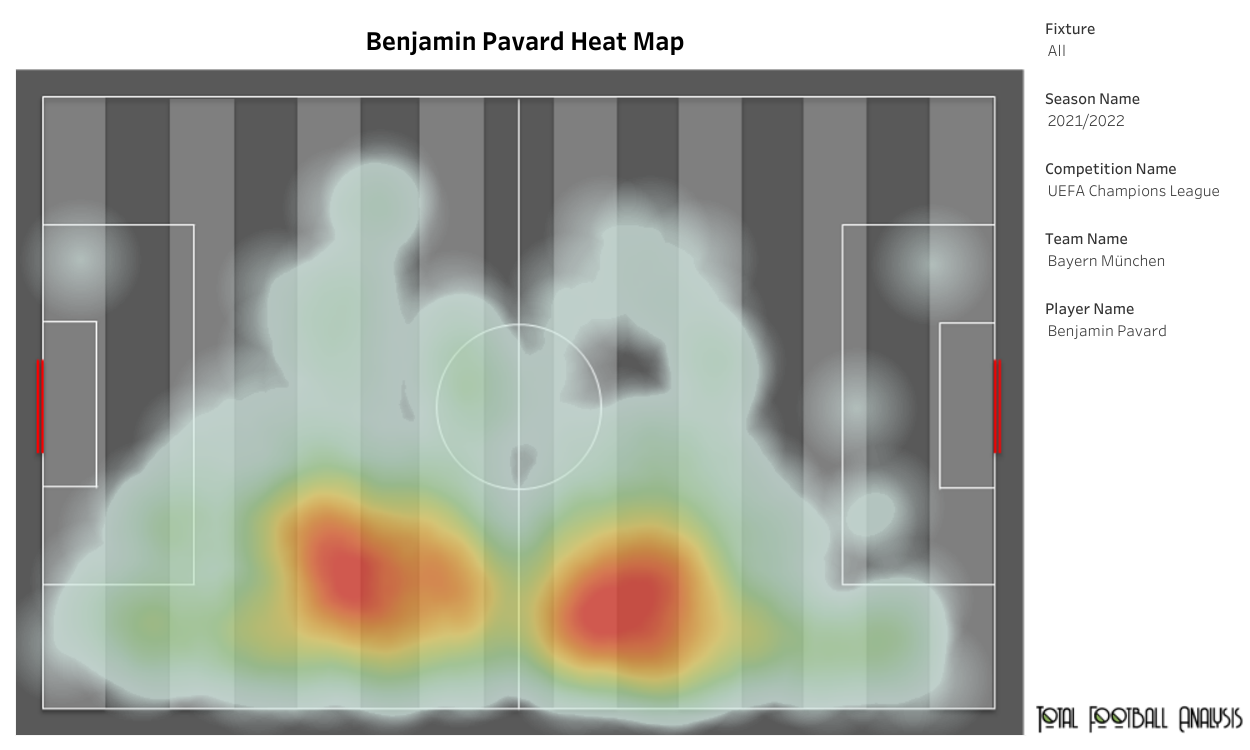 As a right-back, Pavard was unsurprisingly active and influential on the entirety of the right wing. He tracked back to stop opposition wingers and made overlapping runs from deep into the final third to deliver crosses into the penalty box. He attempted 10.8 pressures per 90 (3.18 of which were successful), 4.47 tackles & interceptions per 90, 2.24 clearances per 90 and 1.53 blocks per 90. 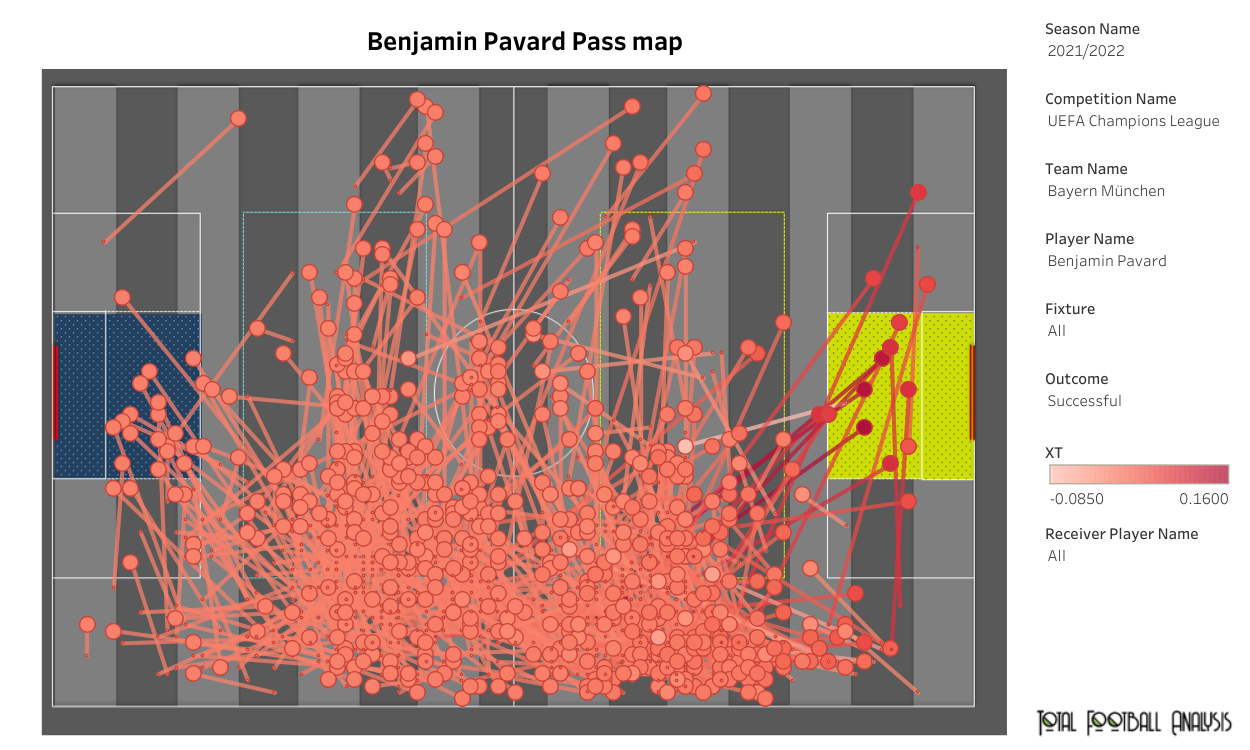 Benjamin Pavard has enjoyed three good seasons at the Allianz Arena, helping them win the treble in 2019-20. However, with the arrival of Noussair Mazraoui from Ajax, he might find games a little hard to come by this season. As a result, if Juventus sign the Frenchman, he would be an instant upgrade at right-back as well as at centre-back. However, with Chelsea and Atletico Madrid also registering interest, the Old Lady will need to act fast.