Juventus’s midfield has been a cause for concern since the start of the season. Despite the addition of Manuel Locatelli in the summer, Allegri has been unable to find the right combination of players in the midfield, until recently. Although Locatelli has arguably been the Old Lady’s best performer and has impressed in the deep-lying midfield, it is believed that deploying him in a more advanced role can solve Allegri’s problems in the midfield.

In the recent victories against Roma in the Serie A and Sampdoria in the Italian Cup, the Brazilian midfielder, Arthur Melo, was deployed in a deep-lying role. This allowed Locatelli to move higher up the pitch and operate in a box-to-box role. The switch in the tactics proved to be game-changing as there were vast improvements in the midfield in both of those games. The recent performances have made many believe that in Arthur, Allegri has finally found a more suitable option in the deep-lying role.

Arthur has spent a large part of the season on the fringes of the squad. Since his arrival in the summer of 2020, the former Barcelona midfielder has struggled to perform consistently. He made 22 appearances in his first season in Serie A, with just 13 starts to his name. Arthur’s struggles to find a starting role in the Old Lady’s line-up have continued this season as well. The midfielder has featured in nine games in the Serie A and four in the Champions League. However, his recent performances in the deep-lying role have been impressive, and this could mean that Allegri might opt for the Brazilian in a deep-lying role. Arthur could become the key for Locatelli to unlock his potential in the opponent’s half.

Let’s take a look at his stats from the Champions League to gauge whether he fits in the role of a holding midfielder. 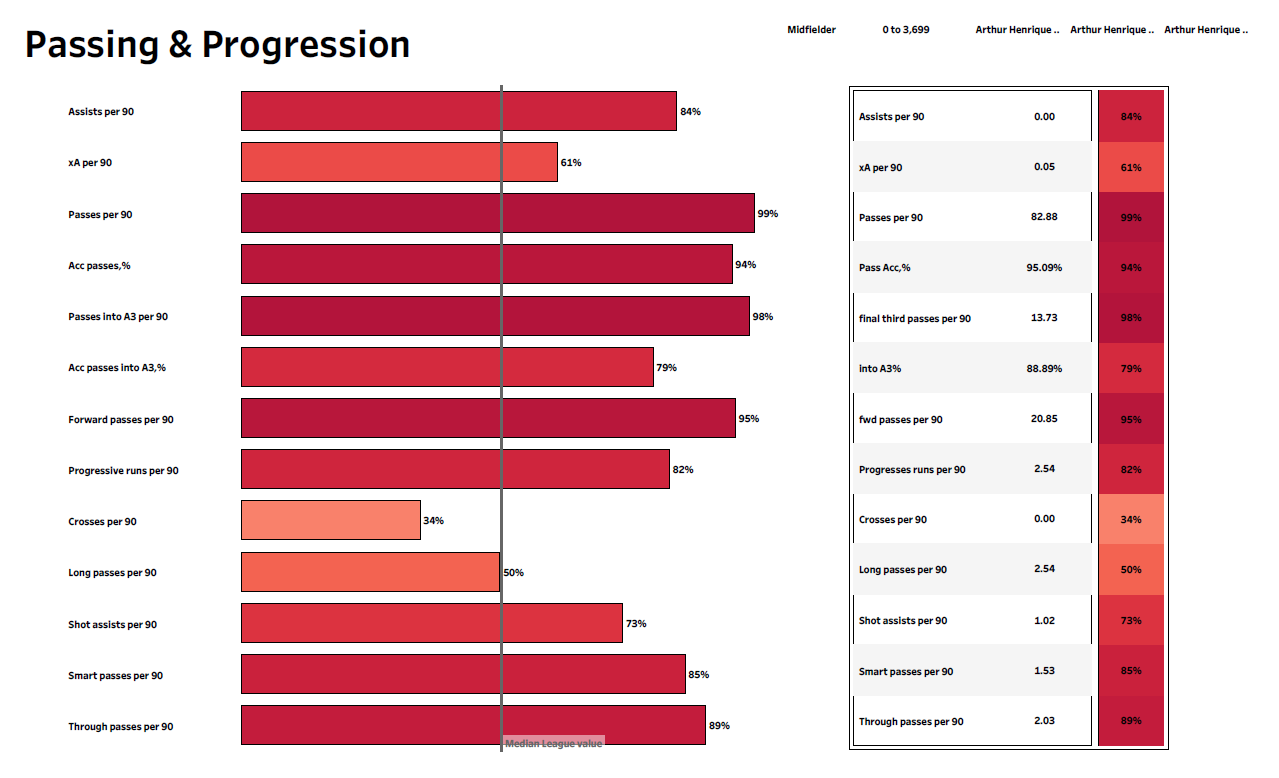 In the above viz., we can see Arthur’s passing and progression stats. The Brazilian has ranked highly in terms of the majority of the stats, with the most notable stats being passes per 90, passes into the attacking third per 90, and forward passes per 90. The midfielder has an impressive passing accuracy rate of 94%. In addition, he has averaged more than one smart pass per match and upward of two through passes. Arthur is known for his composure while receiving the ball under pressure. When the play moves into the opponent’s half, the midfielder demonstrates his ability to retain possession and can place his passes in the spaces behind the opposition’s defense. Arthur displays an impressive passing success rate, as indicated by the above viz. as well.

From the above viz., we can see the areas on the pitch where the midfielder has dropped to receive passes. It’s evident from the above viz. that he receives most of his passes near the centre. He is also mobile enough to drift up and down the field. Arthur is influential in his side’s build-up as his creativity and freedom allow him to draw out opponents from the defense. 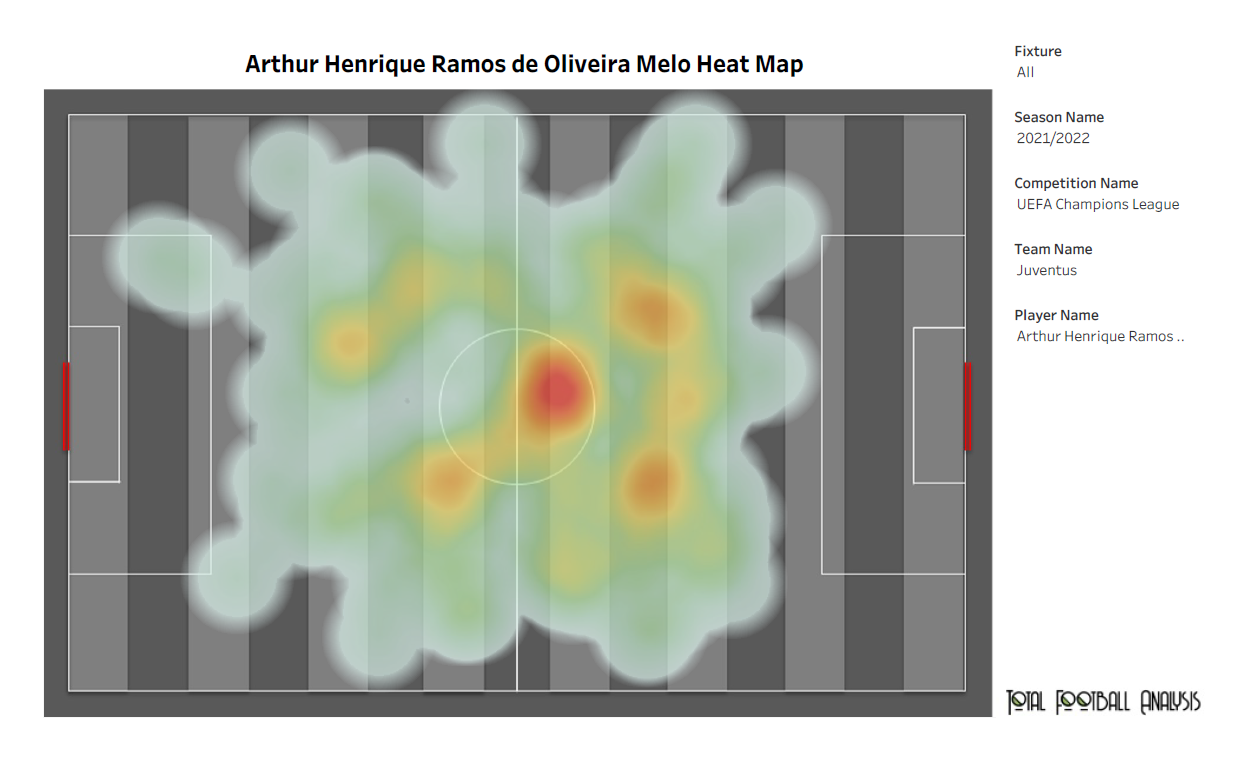 The above viz. highlights the areas where he is most active. We can see that he has been most active near the centre in the opponent’s half while also drifting into half-spaces. The recent tactical switches have seen Allegri deploy Arthur in a deep-lying role, and the midfielder has shined in that role. He usually operates near the centre or the left half-spaces and can receive the ball on half-turns, looking to play a pass towards a teammate higher up the pitch.

The recent arrival of Dennis Zakaria could provide Allegri with another option in the deep-lying role. But, regardless, Arthur’s performances in recent games and his stats indicate that he is more than fit for a role in the deep-lying midfield.