Ever since Alex Sandro’s rapid decline due to injuries and bad form over the last two seasons, Juventus have been increasingly ineffective down the left-hand side of the defence. Luca Pellegrini has not fully convinced the Old Lady of a starter’s role. With Sandro’s contract expiring in 2023, the Bianconeri will need to bring in a high-quality left-back before the summer transfer window slams shut. One such option is Benfica’s Alejandro Grimaldo. With the Spaniard’s contract at the Estadio da Luz also expiring in June 2023, Juventus should try to bid for him. 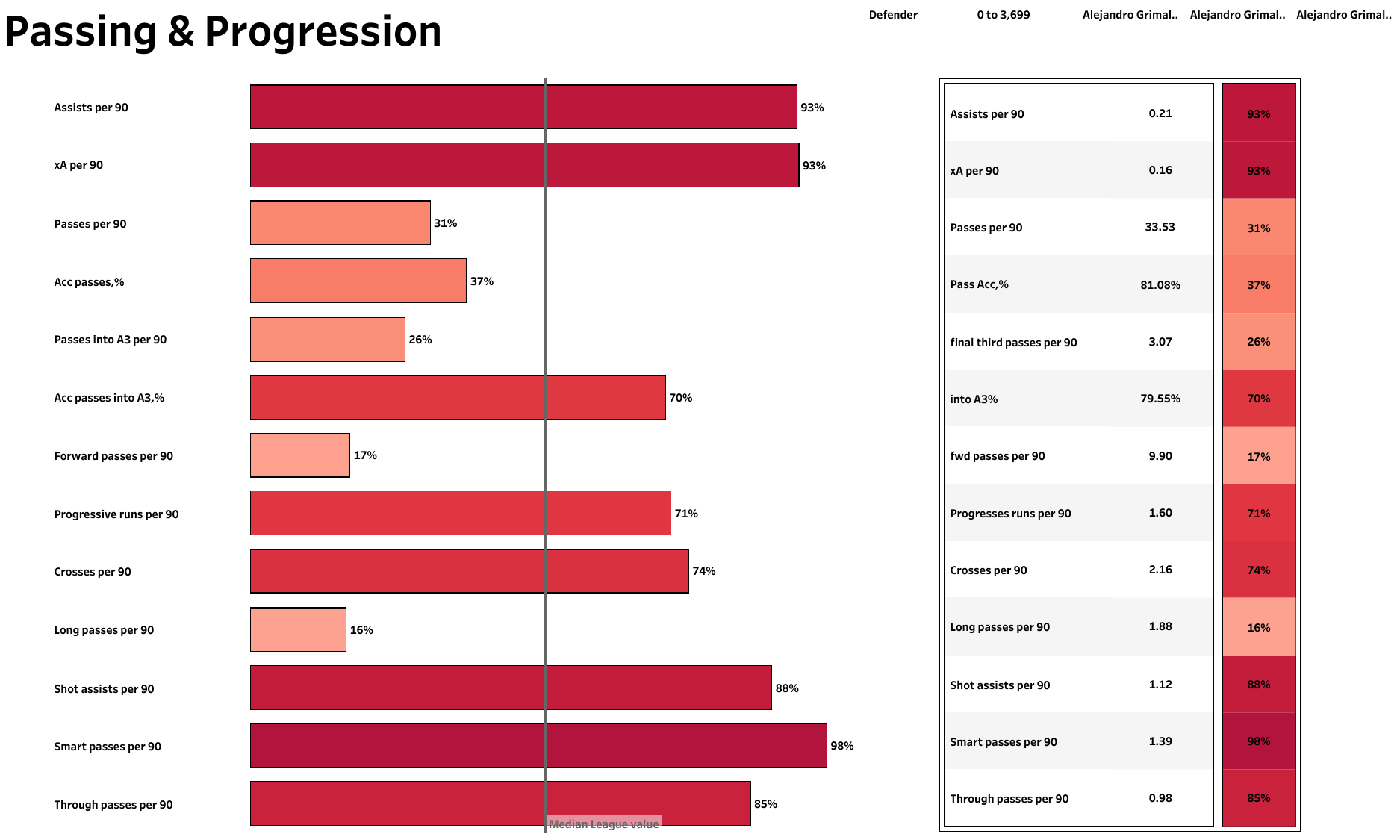 Grimaldo played 48 games for Benfica last season in all competitions, including 14 in the UEFA Champions League. Of these, four came in the qualifying rounds. He did not score even one goal but provided three assists. His rate of 0.21 assists per 90 put him in the top 7% of defenders. The Spaniard was ranked in the same for xA per 90, which was 0.16. He completed 27 passes per 90, of which only 2.5 per 90 were into the attacking third. He delivered 2.16 crosses per 90, placing him just outside the upper quartile. He was in the 85th, 88th and 98th percentiles for through balls per 90, shot assists per 90 and smart passes per 90, respectively. 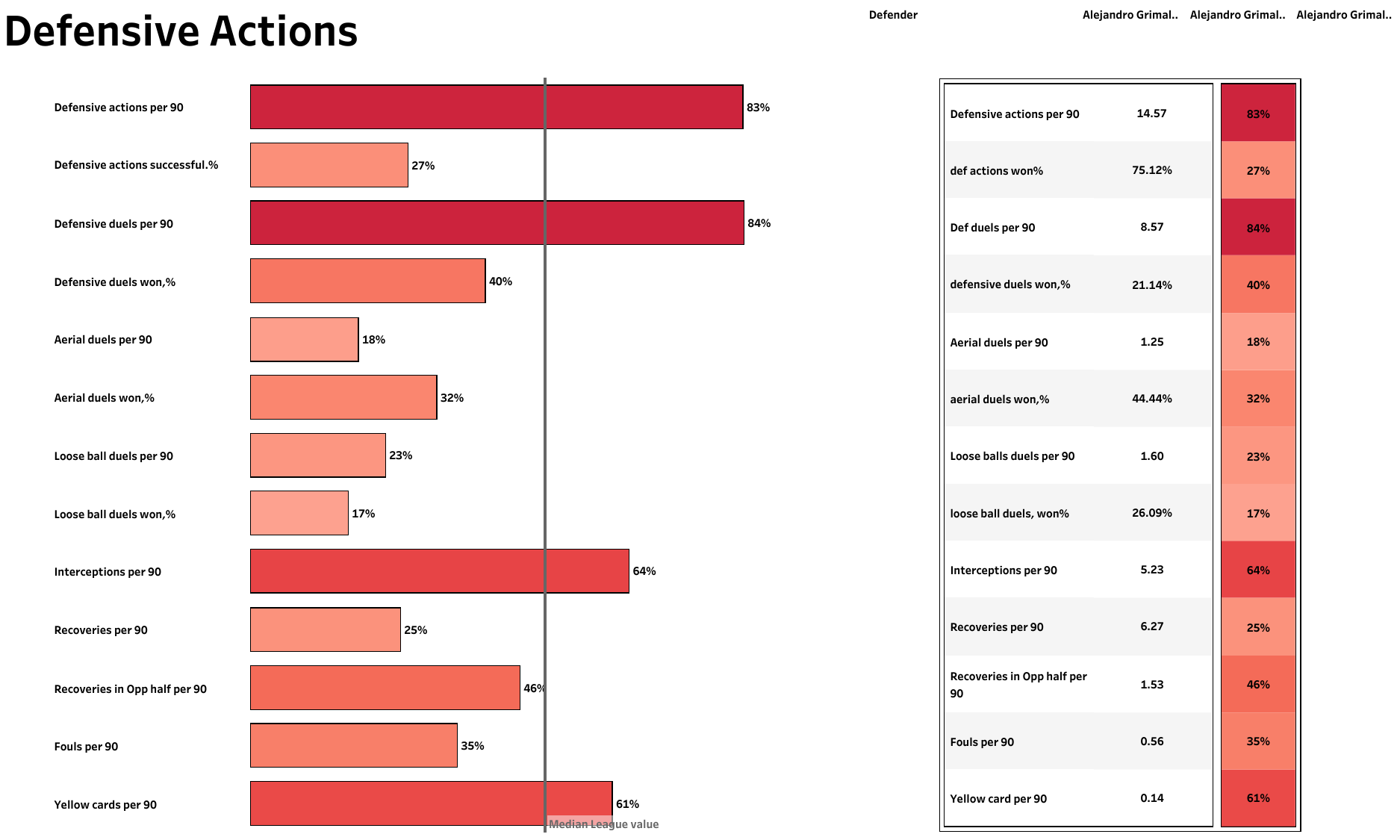 Grimaldo was primarily an attacking left-back, as seen from the above heat map. He was always looking for opportunities to burst forward and make advancing and overlapping run down the left-hand side of the pitch. He was also fairly decent when tracking back. He attempted 13.6 pressures per 90, 4.48 tackles & interceptions per 90, 2.08 blocks per 90 and 1.67 clearances per 90. 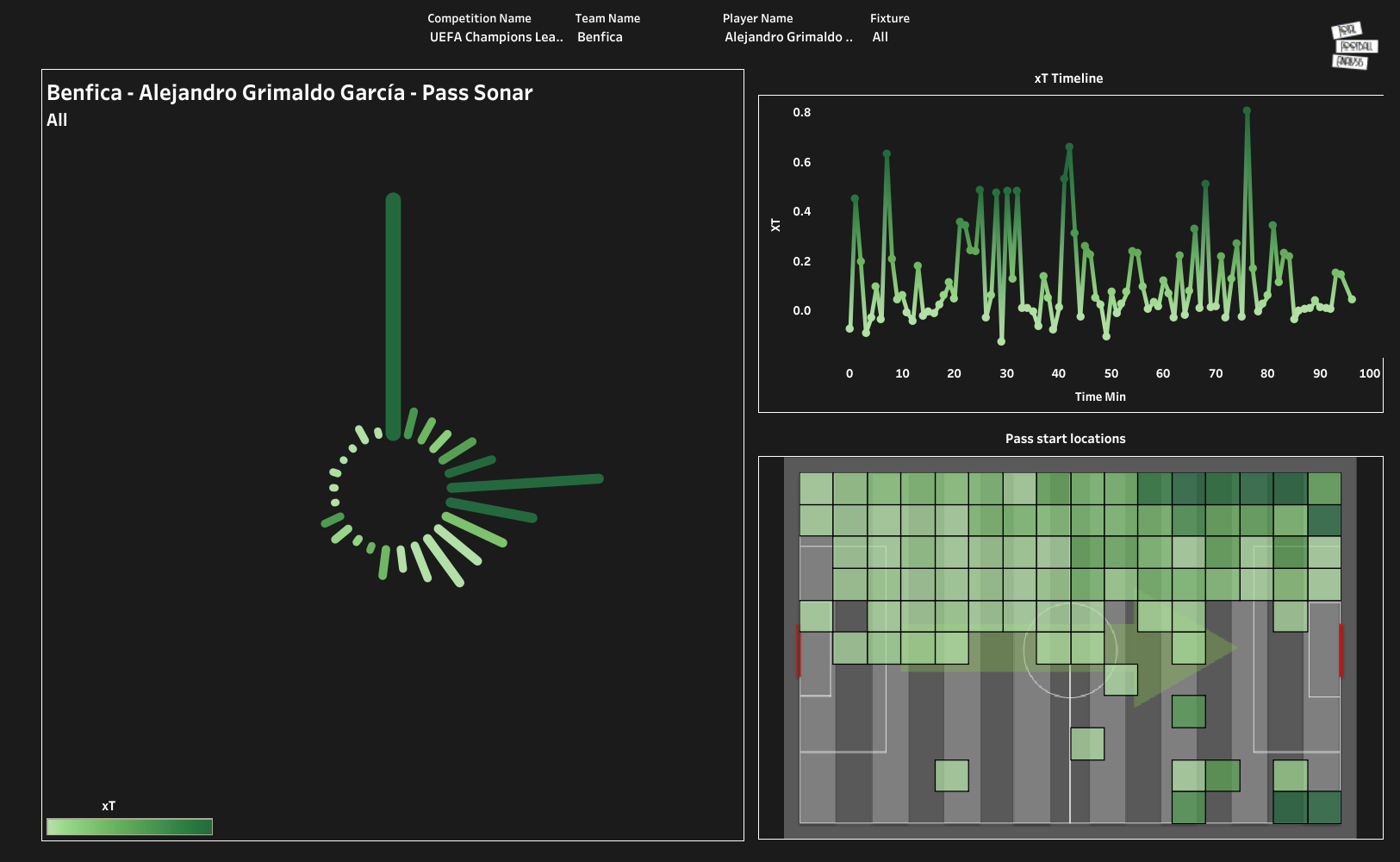 Juventus’ struggles at left-back could end with the acquisition of Alejandro Grimaldo. However, according to many reports, Manchester City are the favourites to land the Spaniard. If that is the case, then the Bianconeri will have to look elsewhere for a strong left-back.