Since he arrived at Juventus on a free transfer from PSG in 2019, Adrien Rabiot has struggled to display qualities that made him a highly-rated figure in Paris. Despite featuring regularly amidst managerial changes at the Bianconeri, the Frenchman has failed to earn the faith of Juventus fans. In his first season at Juventus under Maurizio Sarri, Rabiot made 28 appearances in the Serie A and five in the Champions League. However, he failed to produce the impact that was expected of him, although the Old Lady were able to secure the league title.

Following the departure of Sarri and the arrival of Andrea Pirlo as the manager, many believed that the former Juventus midfielder would be able to bring out the best in Rabiot. The Frenchman made 34 appearances in Serie A and seven in the Champions League and was deployed in the midfield pivot alongside Bentancur. However, Rabiot was inconsistent, and his lackluster displays mirrored that of the Old Lady as they barely managed to qualify for the Champions League, finishing fourth in the Serie A. While he was inconsistent for the better part of the season, Rabiot did manage to finish his individual campaign on a high note, scoring two goals and adding a further two assists at the back end of the season.

After the initial days of his re-appointment as the manager of the Bianconeri, Allegri remarked that Rabiot is an extraordinary player. Despite getting regular game time under the Italian manager, the Frenchman has struggled to perform, providing just one assist in 17 league appearances. In an interview in December last year, Allegri stated that Rabiot can be threatening with his shot from distance, but because he plays in a two-man midfield for the French national team, he isn’t able to make the correct movement or timing to get the shot. 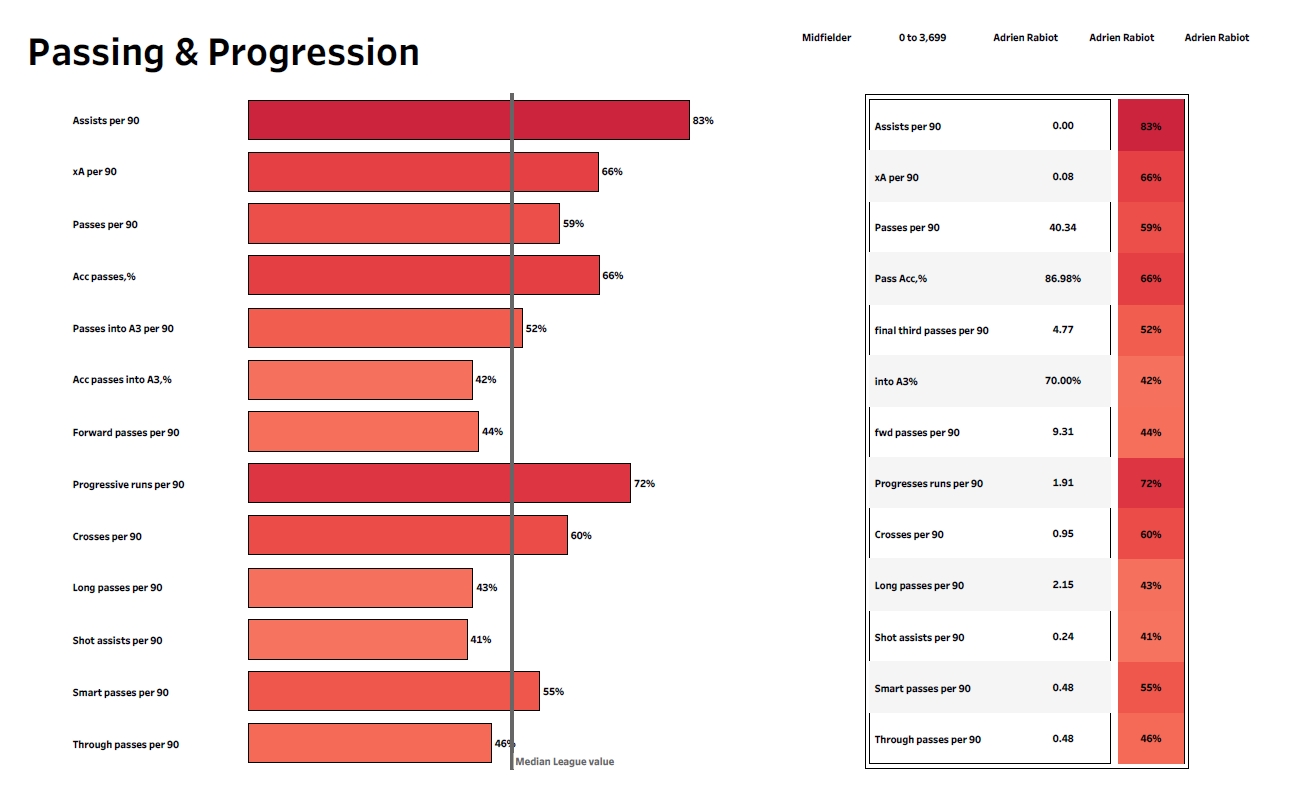 So far, Rabiot has made five appearances in the Champions League this season. Although the majority of his passing and progression stats have been above the league median value, the Frenchman’s overall performances have been unremarkable. Too often this season, Rabiot has faltered in his defensive responsibilities, and the opponent teams have found it easy to overcome and block him. In addition, the Frenchman has failed to supply the Old Lady with the attacking output as well, which is also highlighted by his goal contribution of one assist in the league this season. As we can see in the above chart, Rabiot ranks below average in terms of accurate passes into the attacking third and average forward passes per match.

Rabiot’s ‘pass receive’ location displays the areas of the pitch where the Frenchman has dropped to receive his passes. Since the start of the season, Allegri has deployed Rabiot as a left-midfielder in his 4-4-2 system. During possession, Rabiot’s role is to move infield to create space for the full-back to overlap. However, the Frenchman has looked uncomfortable and unassured in possession which adds the burden of moving the ball into the final third on the midfielder deployed alongside Rabiot. 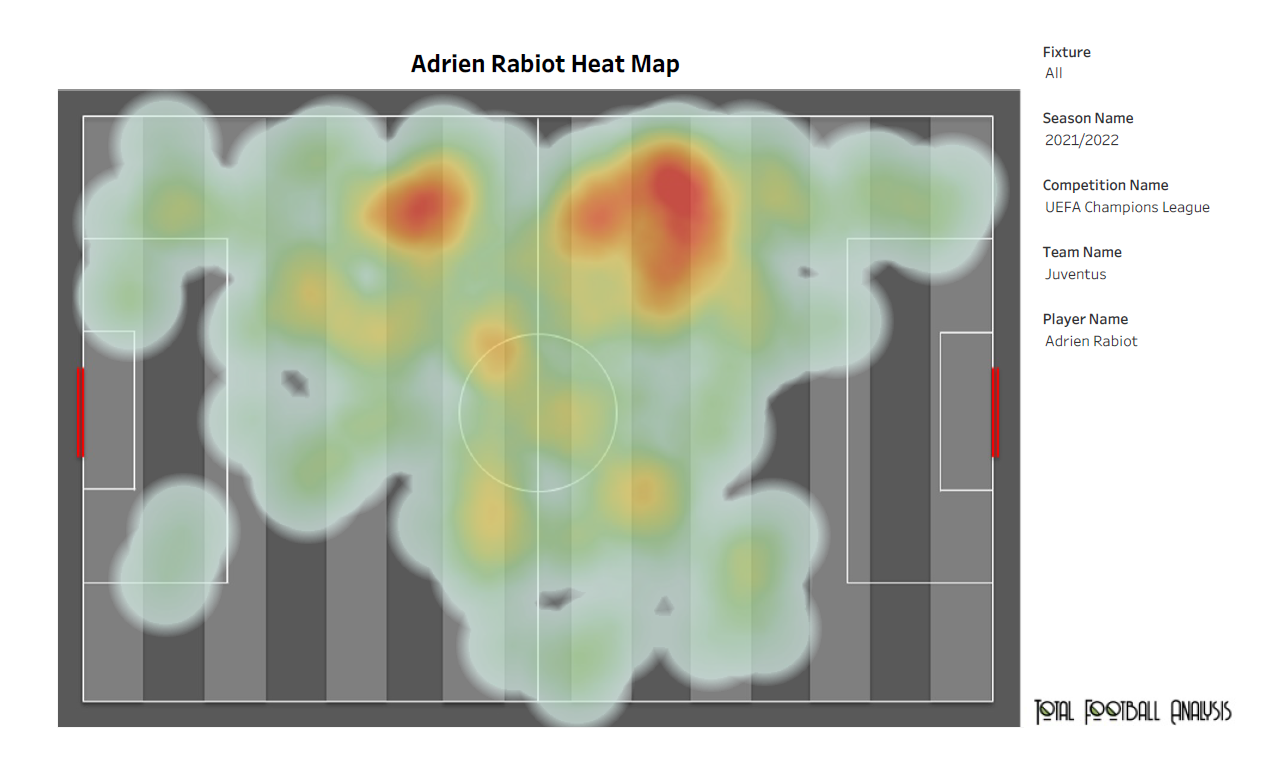 The above heatmap displays the areas where the Frenchman has been most active on the pitch. During the previous seasons, Rabiot showed few glimpses of his ability to protect the ball under pressure and often acted as a passing link between central defenders and wide players. This season, however, Rabiot has been poor with his progressive passing and has been often dispossessed and pressured into losing possession. He has remained largely ineffective with his forward runs as well.

Pass Sonar outlines the direction of pass that a player or a team tends to make and indicates a player’s influence on the movement of the ball. In addition, it shows the frequency distribution of different passing angles for an individual player, as well as the typical length of pass attempts. Rabiot’s Pass Sonar highlights the direction of his passes on the pitch. Many of his passes have been sideways, and he has fared below average in terms of progressive passes as well.

Based on his stats, we can gauge that the Frenchman has struggled to perform this season. Many pundits have pointed out that Rabiot doesn’t fit the tactical system implemented by Allegri. Despite getting plenty of opportunities, Rabiot has remained inconsistent throughout his time at the Old Lady.